Look forward to a few retro-adjacent announcement in a few hours, dear readers: the long-awaited international release of Sunsoft's Famicom swansong Gimmick!, which was accidentally revealed ahead of a planned Sunsoft announcement stream, and Ikki Unite!, a 16-player Vampire Survivors clone themed around a notorious Famicom punching bag, which was also revealed ahead of that same stream. 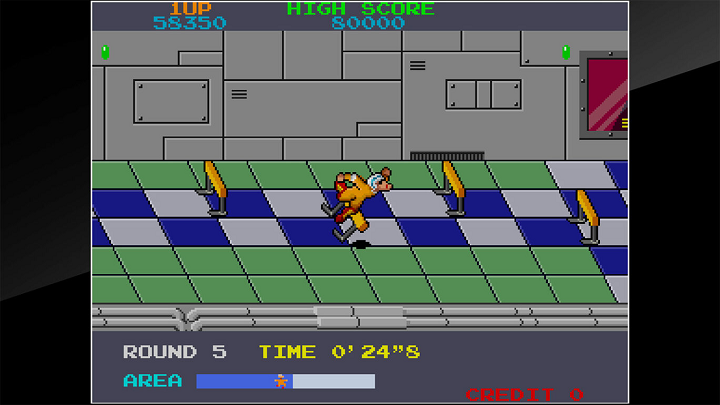 What's this? A peculiar side-view racing game of sorts, originally developed and distributed in arcades by Namco in 1985, with subsequent ports produced for Famicom and various European microcomputers, as well as very sporadic emulated reissues. The player races through 32 stages, using a single jump button to avoid or interact with certain on-course objects and the directional stick to move up and down the screen, as well as accelerate and decelerate by pushing forward and back, respectively; obstacles serve as a time-sink but there's no energy or lives system to contend with, so failure comes from simply not reaching the end of the stage in the given time limit.

Why should I care? Metro Cross' kooky, un-Namco aesthetic and much-derided microcomputer box art might give one the impression that this is a game beloved for its oddness and little else, but should you play it, you might be surprised to discover just how straight-ahead a game it actually is: run, jump, don't hit stuff and try to go as fast as ya can, it's that simple. (Playing for score is a whole other can of worms, however.)

Useless fact: Certain recent reissues of Metro Cross have flip-flopped between using the game's original game and renaming it to Aero Cross, for reasons that have yet to be officially explained.

What's this? Nintendo EAD's 3D jetski racing game, originally released in late 1996 and fondly remembered as an early showcase for the Nintendo 64's deftness at handling advanced 3D physics; the game offers a fairly standard suite of nine tracks split across championship, time trial, score attack and 2-player multiplayer modes, with the lasting appeal coming from mastering the game's nuanced analogue controls and learning how to best negotiate the ebb and flow of the ocean at any given moment.

Why should I care? Very few of the aquatic racing games released in Wave Race 64's wake — including the Gamecube sequel, some would argue — were ever able to strike the same balance of finesse, immediacy and constant decision-making that made the original such an enduring favourite. (I say "original" knowing full well it was preceded by a Game Boy, but let's not pretend anyone played the Game Boy game.)

Helpful tip: If you're willing to tolerate a little non-essential Japanese text, you should try the Japanese version via the Japanese NSO app: it's an ever-so-slightly-enhanced version that offers marginally quicker load times, tweaked music and sound effects, rumble support and ghosts in the time trial mode.

What's this? A long-awaited English localization of the 2020 remake of the 2009 PSP game Ranshima Monogatari Lare Land Story: Shoujo no Yakujou, itself a remake of the 2007 PC game Landao Wuyu ~Shaonv de Yueding~,originally developed and released in China by Initory Studio; this game follows heavily in the the footsteps of the popular '90s "raising sim" series Princess Maker, with the player tasked with essentially playing father to an amnesiac girl over a four-year period, with the somewhat unique conceit that the player-character is not an invisible hand but someone with their own plot and systems independent of the girl, who is equally capable of establishing relationships with the denizens of their home town.

Why should I care? You mean, aside from the fact that this is a large-scale English localization of a Chinese RPG? Hell if I know, I haven't played it, but the otome dorks I know sure seem stoked about it.

Helpful tip: The sequel is already a lock for localization, too, but it may end up remaining a PC exclusive.

Why should I care? I cannot vouch for the quality of a single one of these games — hell, I'd only heard of one of 'em before now — but again, I can't help but support anyone and everyone making an effort to preserve anything from this era of mobile gaming, no matter how obscure.

Helpful tip:  These games are not only Japanese-only but won't even launch if your system locale's not set to Japanese, so be really sure you want to play them before you buy. 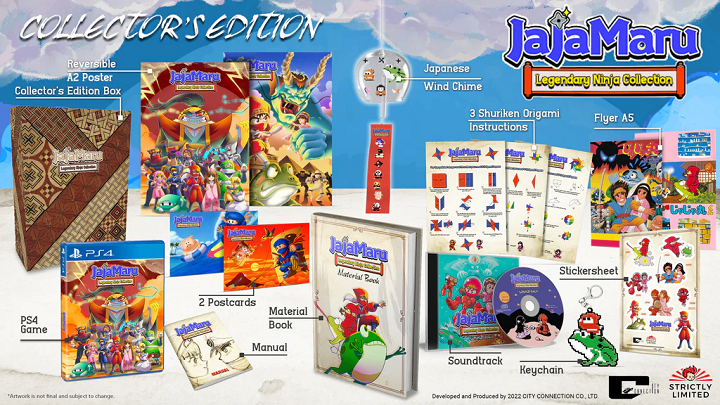 After years of availability in Japan with almost no inkling of an international release, many people (myself included) had written off the possibility of a Ninja JaJaMaru-kun Collection localization as an impossibility... and yet, here we are, being presented with a version of the collection that is not only being released internationally but which features brand-new translations for several previously Japan-only games, some additional games and even the brand-new colorization of a black-and-white Game Boy game. I'm not entirely sure who this is for, but I'm quite sure all those people read this blog. 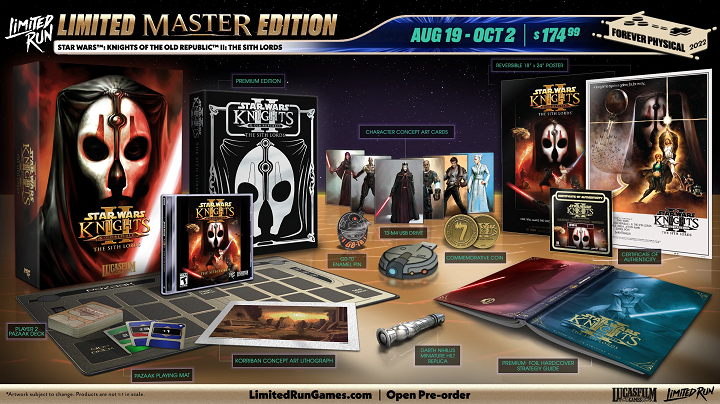 I really hope that Switch version gets a patch or two before they print the cards, that's all I'll say.