Today's marquee release is a big one for JRPG heads: The Legend of Heroes: Trails from Zero, a gargantuant Falcom JRPG that for many years seemed beyond the reach of professional localizers and fan translators alike, and whose global release has been requested for over a decade. Will this be the Trails game that manages to find a wider audience and destroy the series' reputation for intimidating, voluminous text? More to the point, will it be the one that finally gets me to stop mistyping the title as Trials? Right now, all answers point to no.

What's this? An overhead sci-fi tank shooting game with a dual-stick control setup, originally developed and released in arcades by Namco in 1988 and quickly followed by a revision, Assault Plus, with later ports released for PlayStation and Wii Virtual Console in Japan. The player controls a lone tank defending its homeworld from would-be colonizers from a far-off planet named Earth; inputting various combinations of movements with the two 4-way joysticks causes the tank to move forward or in reverse, turn or dodge using roll-esque strafe manoeuvres, while the fixed overhead perspective and copious bounce pads put the then-new System II arcade board's scaling and rotation functions on full display. (Both revisions are included in this reissue; Assault Plus' primary difference is the inclusion of an easier difficulty mode.)

Why should I care? A glance at the above trailer might lead one to suspect this was a tech demo first and a game second, but Assault offers a genuinely fun, if somewhat staid, shooting game experience for those who are willing to come to terms with the controls (and, for those who aren't, Hamster's offered an alternate simple-controls config).

Useless fact: Assault's various mechanical vehicles were designed by the prestigious Gundam and Super Robot series designer Kunio Okawara, not that you'd necessarily be able to pick it just by looking at the game in action.

What's this? The second of three cellphone-exclusive entries in the Shin Megami Tensei spinoff series Megami Tensei Gaiden: Last Bible, originally published for Japanese feature phones by Atlus in 2008; this entry boasts a script twice as long as the previous game and a significant increase in items, spells and monsters, as well as more strategic battles by way of equipping monsters with items. (Reminder: these games remain entirely in Japanese.)

Why should I care? From what I'm told, this is the game that pulls the game out of the shadow of the conventional Last Bible games and into a lane all of its own, while still bridging the original game to the later third entry.

Helpful tip: It seems the reissue of the first New Testament Last Bible has all but guaranteed they'll follow through with the third before too long, but as for other Atlus phone games...?

What're these? Ports of Mages' & Tachyon's vertical bullet hell shooting game Bullet Soul and its revision Bullet Soul Infinite Burst, originally released exclusively in Japan for the Xbox 360 in 2011 and 2014, respectively, with PC ports released worldwide in 2017; these versions mostly conform to the PC ports, which included all the formerly-paid DLC as part of the base package, but also exclusively feature an additional arranged soundtrack by composer Noriyuki Kamikura and original composers Kenji Ito & Kohta Takahashi. (These games are available as a physical double-pack in Japan, but currently only available internationally as separate digital downloads.)

Why should I care? Of all the original retail shooting games released for the Xbox 360, Bullet Soul is perhaps the most unsung, owing in part to the fact that it doesn't offer much for the hardcore audience to sink their teeth into, but more casual or uninitiated players looking for something with relatively high production valued and a relatively relaxed level of challenge and complexity may find it a good starting point. (You can stick exclusively to the Infinite Burst version, by the way: the original is virtually redundant in comparison, and it also features an arranged soundtrack by Jake Kaufman, of all composers.)

Useless fact: Both versions were eventually made available internationally for both Xbox 360 and Xbox One via a shrewd bit of manoeuvring on the part of Mages — because Microsoft's backwards-compatibility initiative favored newer games, English-language releases and gaves available via Games with Gold, they produced a new localization well after it should've been viable in order to push themselves to the front of the backwards-compatibility queue and grease the wheels for a global release.

What's this? A port of Ian Stocker's (MagicalTimeBean) critically-acclaimed puzzle-platformer, originally published via the Xbox 360's Xbox Live Indie Games service in late 2011 and brought forward to PC/Mac/Linux the following year; this version doesn't look to add anything over the original but does at least contain all the existing content and features, including the level editor.

Why should I care? I tend to recommend a lot of XBLIG ports strictly within the context of historical importance or commemoration of a dead ecosystem, but Escape Goat is a game I can comfortably recommend to a wider audience — it's an extremely solid contemporary take on the likes of Solomon's Key and, like that game, the action-y parts might require more thinking than you expect and vice-versa.

Useless fact: Adam Spragg, the person who ported this game to Switch, is themselves a lauded XBLIG dev — they made the multiplayer "stealth party" game Hidden in Plain Sight.

What's this? A remake of then-student-devs Toxic Games' post-Portal first-person physics-puzzler, originally released for PC in 2012 and given a multi-platform director's cut release in 2014; this version purports to include both the original game and the director's cut with a complete modern, raytracing-compliant visual overhaul, an additional new chapter of stages, colorblind-friendly options, a director's commentary and other behind-the-scenes content.

Why should I care? While it seems this remake doesn't really preserve the original game in the precise manner some had expected — aside from replacing the visuals with those taken from and modeled after the sequel, they've significantly altered the stage design to the point where it can't really be considered a faithful recreation — this version nonetheless gives people a chance to try or revisit a game that, despite a reasonably sunny reception, was perhaps unfairly dismissed by some as a poor imitation of another game that has since drifted from popular memory.

Am I the only person... who didn't know Q.U.B.E. got a sequel until right now?

The Legend of Heroes: Trails from Zero

What's this? The first entry in the two-game "Crossbell Arc" of Falcom's somewhat convoluted series of sci-fi RPGs, Trails, which themselves are a subset of the long-running Legend of Heroes series. This particular game was originally released in Japan for the PlayStation Portable in 2012, ported to Windows exclusively in China in 2011, given an enhanced Japan-only port for the Vita in 2012 and a further Japan-only PS4 port in 2020, and now after years and years of anticipation, an officially-localized global release is finally here, but with two slightly differing configurations depending on platform (detailed below).

Why should I care? Frankly, I don't know: the series' decades in localization limbo and reputation for containing obscene amounts of text mean that I've never even attempted to acquaint myself with them, but those who have assure me that this is a great starting point, owing to the fact that it's the beginning of its own arc that doesn't necessitate playing any of the many other games (and whose successor game will be out next year), and the early reviews from JRPG aficionados are effusive, so those with the free time to chew through an extremely lengthy (and, from what I gather, an extremely classic-feeling) JRPG should probably make a note of it.

Helpful tip: The localized PlayStation 4 release is based on Falcom's own PS4 port from a few years back, whereas the PC and Switch versions are based on brand-new ports produced for NISA by GeoFront which include exclusive enhancements like modern anti-aliasing and shadowing, a new message log and several very granular UI and accessibility settings, making this a rare instance of the Switch version being superior to the PS4 version. 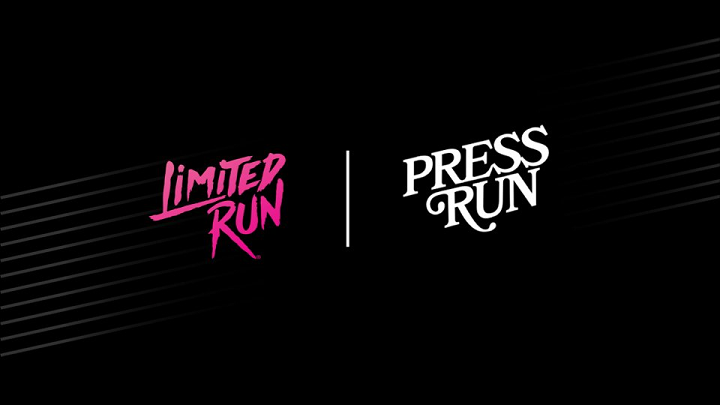 After months of behind-the-scenes preparations, Gaming Intelligence Agency's Jeremy Parish and co-conspirator Jared Petty have launched Press Run, a Limited Run Games imprint dedicated to publishing video game books on all stripes in a variety of different formats, with a few important wrinkles that set it apart from LRG proper: one, they're not banking on exclusive limited-time print runs, and two, nothing will be listed for purchase until it's already printed and ready to ship. On that note, the imprint will launch tomorrow with three bookss — the first volume of a catalog overview of LRG's releases, the first volume of Stefan Gancer's extensively-researched The History of Sunsoft series and a revision of Jeremy's own Virtual Boy Works — with a year's worth of books already secured and scheduled to be published monthly, including books from several Retronauts regulars.