Is there anything in this week's roundup with the potency to mitigate the potential mind-shattering banality of the Illumination Mario movie trailer that's set to drop in a few hours? May I be so incredibly bold as to suggest: yes? 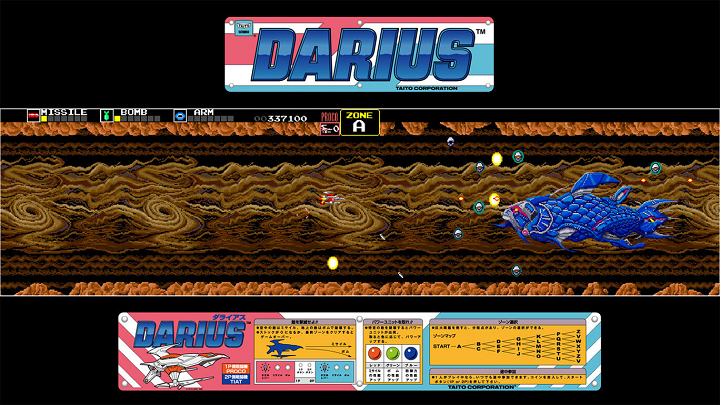 What's this? An overhead maze game starring a doofy dude in a straw hat on a quest to save his kidnapped girlf

What's this? The original entry in Taito's long-running series of horizontal sci-fi shooting games, originally released in arcades in 1986 via a striking triple-monitor arcade cabinet, with an admirable single-screen adaptation produced for the PC Engine console in 1990 and a recent homebrew-turned-official conversion for Sega Mega Drive which debuted on the Mega Drive/Genesis Mini in 2019; the straightforward dodge-and-shoot mechanics are buoyed by gripping music and huge bosses, all of which are mechanical takes on aquatic sea creatures. (This game hit Arcade Archives on PS4 way back on 2016, and is just now hitting Switch; it contains both the "old", "new" and "extra" revisions of the game.)

Why should I care? Some have described Darius as "the last great first-wave shooting game", and by that they mean it was a mechanically staid game that, next to contemporaries like Gradius and R-Type, felt a little dated when it was new, but it's certainly not an unfun or poorly-aged game and the shock-and-awe factor of the triple-wide play area and presentation do a lot to augment the simplicity of the mechanics.

Helpful tip: The Darius Cozmic Collection Arcade compilation, available for Switch, PS4 and PC, also contains the original arcade Darius and offers more external enhancements, like friendlier save states and practice options, and HD rumble approximation of the original arcade cabinet's "body sonic" subwoofer, so if you're willing to spend the extra money, that may be the version to get. (A whole bunch of older Darius series games are being substantially discounted right now, including this collection.)

What're these? A canceled pseudo-3D shooting game originally titled Frank Herbert’s Dune: Ornithopter Assault, developed by Soft Brigade for the Game Boy Advance in the early '00s but shelved due to financial issues with the original publisher; twenty years later, and after a successful crowdfunding drive, the game has been resurfaced by publisher Retro Room Games with a new title and copyright-free touch-up, as both a digital Steam release (running the ROM in a basic emulator suite) and a physical cartridge release for GBA-compatible hardware.

Why should I care? You're a sucker for a GBA game that attempted to push the hardware's limits for 3D expression, or perhaps the novelty of playing a new-old GBA game in 2022 is worth the gamble in and of itself.

Useless fact: Should you be curious about just how much has or hasn't changed, you can check out footage of the original Dune version here. 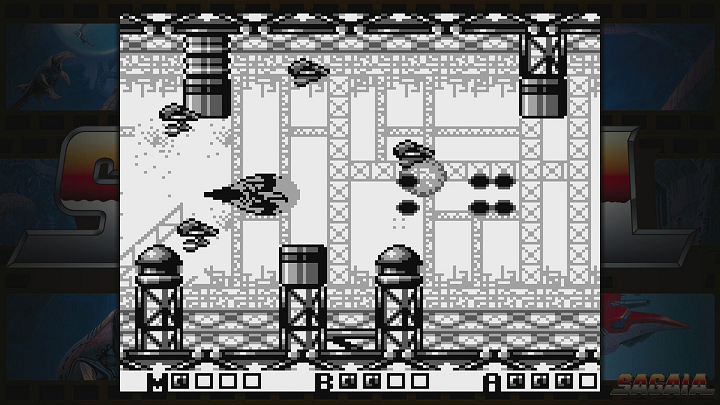 What's this? The Game Boy conversion of the original Darius game, confusingly released in Japan in 1991 under the title Sagaia, a name otherwise reserved for international releases and conversions of Darius II; this M2-powered emulated reissue was originally only available as an extremely limited Amazon Prime Day pre-order bonus for the Switch version of the Darius Cozmic Collection in Japan, and as a random untranslated tack-on to Strictly Limited Games' physical Switch version of Darius Cozmic Revelation a year ago, but in commemoration of the anniversary of Darius' reveal in 1986, it's now available for general, individual purchase. (The emulation suite's relative straightforward: basic screen filter/border options, save states, etc.)

Why should I care? Sagaia for Game Boy is an admirable conversion of the arcade game: while it's missing a lot of content, it looks, sounds and performs as well as could be expected for the hardware, and the relaxed level of difficulty is sure to please a lot of people, too. Moreover, it's nice to see Taito finally letting some of these games out of their asinine retailer-promo gulags — if we're all lucky, this is a sign that they're doing away with that practice altogether, but I have my doubts. (Of course, an international release would also be a start.)

Useless fact: Other not-for-sale reissues that Taito ought to make available to the general public: Darius Extra MD, Space Invaders '90, Final Bubble Bobble and the prototype of the canceled RayForce follow-up R-GEAR.

What's this? A port of Tribute Games' RPG-infused brick-breaker, originally released on Xbox 360 in 2011 via the Xbox Lives Indie Game initiative and quickly ported to PC, Mac & Linux soon thereafter; as far as I'm aware, this version is identical to the 2012 version in terms of content, features and presentation.

Why should I care? You're someone who can appreciate genre-hybrid games that swing for the fences, even if they're lucky to hit a single. (Let's face it: "brick-breaker x _____" is a tall order for any developer.)

Helpful tip: This port is part of Tribute Games' 10th-anniversary commemorative efforts — their studio has maintained a relatively low profile despite developing some popular and well-known games, including the recent TMNT: Shredder's Revenge and, from a little while back, the co-op run-and-gun-with-numbers-tacked-on Mercenary Kings. 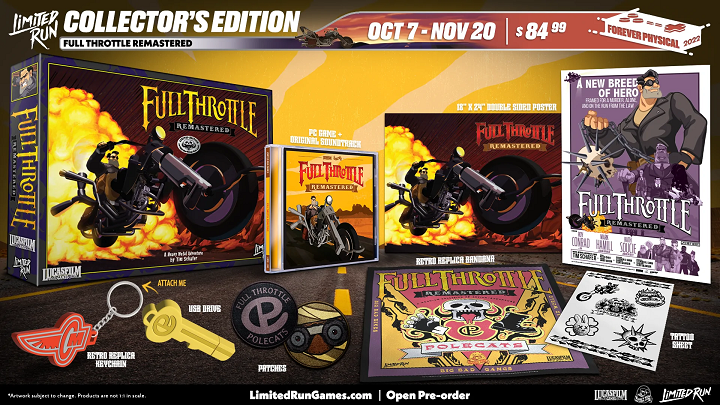 Does Full Throttle have much, if anything, to do with Monkey Island, the fellow LucasArts adventure game whose just-released new entry is currently garnering rave reviews? No, not really, but any tenuous reason to piggyback is a good one.

I'm not going to pretend that Phantasy Star III's soundtrack is in any way mind-blowing, but I do believe it deserves reappraisal for two reasons: one, many of the songs sound perfectly fine when they're not constantly restarting at random loop points, and two, many emulators to this day seem to uniquely struggle to replicate specific instrumentation, so the tunes are a lot more pleasant when heard with their intended timbres. As is typical of StS vinyl releases, you can grab the "Prince Rhys blue" variant direct from the source, or grab a clear variant from their regional US, UK, EU and Canadian distribution partners.