Y'know what I'm thankful for, Retronauts? Another excuse to listen to the catchiest tune in the Taito pantheon.

What's this? A vertical fixed-screen space shooter in the post-Space Invaders mold, originally developed and distributed in arcades by Namco in 1979, with countless ports and reissues since; move side-to-side, fire single shots at formations of increasingly-aggressive enemy ships, you know the drill.

Why should I care? It has color! Space Invaders didn't have color.

Useless fact: This is the first pre-1980 game to hit Arcade Archives, and is being released as one half of a special commemoration by Hamster for reaching three hundred weeks of weekly ACA releases, with the other being their first 32-bit arcade release, out next week...

What's this? The third and final entry in Atlus' mobile-exclusive Last Bible sub-series, originally released for Japanese feature phones in 2010; this entry features the descendents of certain characters from the previous entry and includes new means of acquiring demons on top of the familiar negotiation system, as well as the introduction of the series mainstay COMP device.

Why should I care? Where the previous game pulled the series away from the tone of other Last Bible entries and into its own peculiar zone, this one is said to bridge back to more traditional Megaten lore; it's also yet another leap forward in terms of volume, and is allegedly quite a beefy game by regular, not-just-for-phones standards.

Helpful tip: Neither G-MODE nor Atlus has hinted at future reissues of other Atlus feature phone games (of which there are many exciting candidates), but these Last Bible New Testament releases seem to have done relatively well, so here's hoping...

What's this? An emulated reissue of the Sega Saturn port of Taito falling-block puzzle game Cleopatra Fortune, originally released in arcades in 1995 and further ported to Sony PlayStation and Sega Dreamcast; in addition to standard S-Tribute features like a CRT filter, save states, slow-mo and rewind, this version adds specific tweaks for on-the-fly adjustment of difficulty and the falling speed of the blocks, an unlimited-credits option and immediate, full access to every stage in the port's secondary puzzle-centric Mystery Mode.

Why should I care? Cleopatra Fortune' unique conceit of encasing gems rather than simply matching colors or forming shapes gives it a slightly different hook to other, comparable games, and the port itself had so little lag that the additional delay added by the Saturn emulator will probably remain within the realm of tolerability, I hope.

What's this? A port of Rebel Act Studio's multi-character, high-fantasy action-adventure game, originally published for PC by Codemasters in 2001 (including under the titles Severance: Blade of Darkness or Edge of Darkness in certain territories); aside from UI, resolution and general performance tweaks, this seems to be a fairly straightforward reissue with no tweaks or modifications to the original game's notoriously challenging combat systems beyond mapping the actions to controller buttons.

Why should I care? Rebel Act claims this game is an "enduring classic" that "inspired many games in the action-adventure genre through its approach to combat" and while I suspect that probably isn't true (especially when the implication seems to be that the Souls series might be one of them), in the spirit of thanksgiving, I'm gonna let 'em have this one.

Helpful tip: This new port actually showed up on Steam a year ago —  perhaps, like myself, you missed it due to it no longer being named Severance.

What's this? A remake of Data East's comical co-op sidescroller, originally released in arcades in 1991 and ported to a variety of contemporary systems including Super Nintendo, Sega Genesis/Mega Drive, NES, Game Boy, Commodore Amiga and DOS; in addition to the all-new high-definition 2D graphics, this version —  developed by the French Mr. Nutz Studio, the developers behind recent releases like the Toki HD remake and Asterix & Obelix: Slap them All! — promises improved controls, both an arcade-complaint main mode and an extended mode with more content, and additional features like score attack, speedrun mode, boss rush and a training mode. (This remake's also coming to PS4 & PS5, as well as retail, but it seems the digital Switch version's getting an advance release, with the other options dropping from early December.)

Why should I care? This remake was originally announced way back in 2009(!) by the notoriously inept and long-defunct publisher Golgoth Studio, so if for no other reason, this release should be applauded as a testament to the developers' tenacity to finally see it through after many, many years of unfortunate setbacks. As for the remake itself... well, we're about due for a wave of XBLA-remake nostalgia, I suppose. 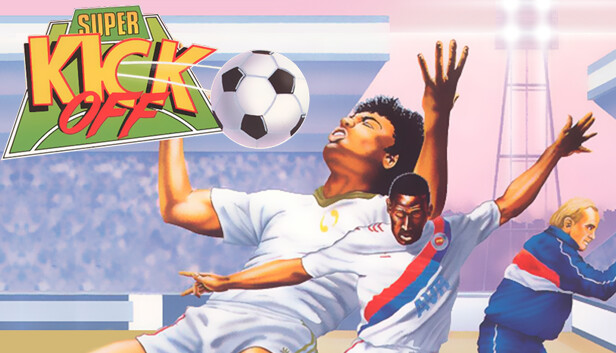 Why should I care? The Kick Off series is one with a simple yet extremely idiosyncratic feel to dribbling and passing and one that, between the mainline numbered sequels, the various conversions and the multiple spiritual sequels from Dino Dini and others, has never managed to quite standardie the exact feel from game to game, so it's nice that this package doesn't try to present any one version as the canonical option and instead just dumps a whole bunch of 'em on ya and lets you decide which one is the most fun.

Helpful tip: For whatever it's worth, the Master System and Game Gear adaptations seem to be very direct conversions of Kick Off 2 without any of the embellishments or deviations of the other versions.

Released to coincide with the 10th anniversary of the game's original, Japan-only release, this new, long-requested patch translates both the 3DS and PS3 versions of Capcom's E.X. Troopers, an anime-inspired spinoff of their hard-edged survival action series Lost Planet that was said to be nigh-impossible to officially localize due to technical/logistical issues, and also alleged to be constructed from the remnants of the ingloriously-canceled Mega Man Legends 3. Once patched, either version of the game can be played on authentic hardware or their respective emulators, and the multiplayer functionality (online on PS3, local wireless on 3DS) remains intact.

Naturally, the Battletoads & Double Dragon NES reissue released earlier this year prompted a cavalcade of requests for the 16-bit version, and so Retro-Bit have dutifully followed suit with an extremely green reprint of the Super Nintendo version. Expect the Genesis/Mega Drive version around Easter, I guess.

Of all the games to receive not one but multiple boutique cartridge reprints, I wouldn't have necessarily picked Masaya's Japan-only Mega Drive shooting game Gley Lancer as an obvious candidate, but here it is again with yet another cartridge reissue, this one boasting a full English translation (and, perhaps more crucially, internals supplied and constructed by someone other than Columbus Circle).

Closing out Ship to Shore's recent run of Phantasy Star series vinyl is this new LP release for the classic series' swansong, Phantasy Star IV, complete with liner notes from Retronauts' own Jeremy Parish; as per usual, StS' own "Rika Pink" version is augmented by clear variants from international distributors in USA, Canada, United Kingdom and Europe. 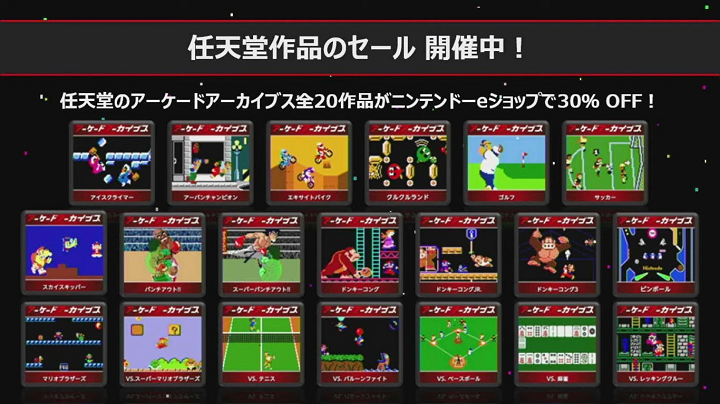 As part of their 300-week celebration, Hamster's finally offering a half-decent selection of Arcade Archives discounts for Switch owners: all twenty or so Nintendo arcade titles are 30% off for the next few weeks. (My quick recommendations: Sky Skipper, as it's literally not available anywhere else; Vs. Wrecking Crew or Balloon Fight for being the Vs. System games with the most pronounced differences from their Famicom/NES counterparts, and Punch-Out!!, because it's fun to punch stuff.)

Krikzz' Black Friday Everdrive sale: 10% off all products for the next week 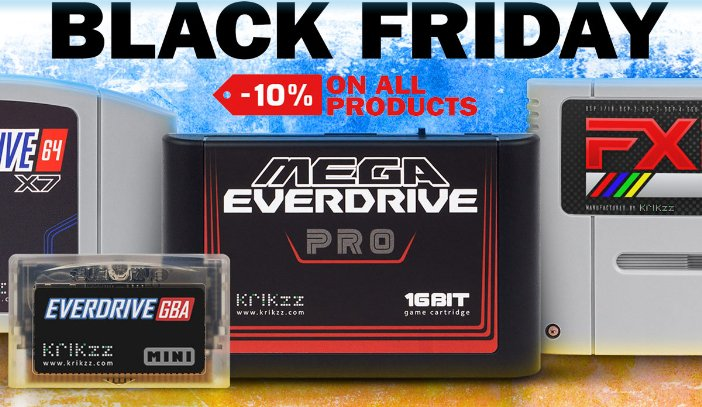 Before you criticize Krikzz' traditional, once-a-year Everdrive sale for offering only a relatively modest discount, or for being poorly stocked, bear in mind that Krikzz was, until very recently, situated in Ukraine. (Also, take note of the RGB Blaster, a new plug-and-play RGB+audio out option for Famicom.)