I'm not sure that anyone has ever used the terms "Donkey Kong Jr. Math" and "platonic ideal" in the same sentence before, but we like to do things differently around here. DK Jr. Math, as I mentioned a few posts down, was the subject of this week's Good Nintentions video:

...and, while there's not really all that much to celebrate about the game itself, this coverage really does embody the essence of what I've been working toward with projects like Good Nintentions and Game Boy World. By no means is this the first video anyone has ever produced about the game, nor even the first video that consists of more than just ranty swearing about how terrible it is. That part isn't particularly unique.

Nah, it's all the other stuff that comes along with the video that makes it (in my opinion) worthwhile: The post at the Good Nintentions site that contains a revised version of the video script, direct feed screenshots, and — happily — lots of photos of the game's packaging. Since the complete physical edition of DK Jr. Math now sells for as much as $1500 — almost double the $800 it was selling for when I began accumulating material for Good Nintentions two years ago! — this is a pretty hard-to-come by set. Having it documented this way at least provides a decent record of the game and its packaging materials, courtesy of generous collector/friend of Retronauts Steven Lin, who very trustingly lent his copy to me to be photographed. Eventually, high-resolution versions of all of this photography will go into another Good Nintentions book, and there's something about print that makes material like this real. A permanent record, I suppose.

And that's really what I'm after with these documentary projects: To get as much material as possible into a single place as comprehensively as I can. I've been doing the best I can in my spare time, but now that Retronauts and the documentary video ventures are becoming a primary concern, I'm excited about what we'll be able to accomplish. I just hope we'll be able to track down the box to Fish Dude one of these days... 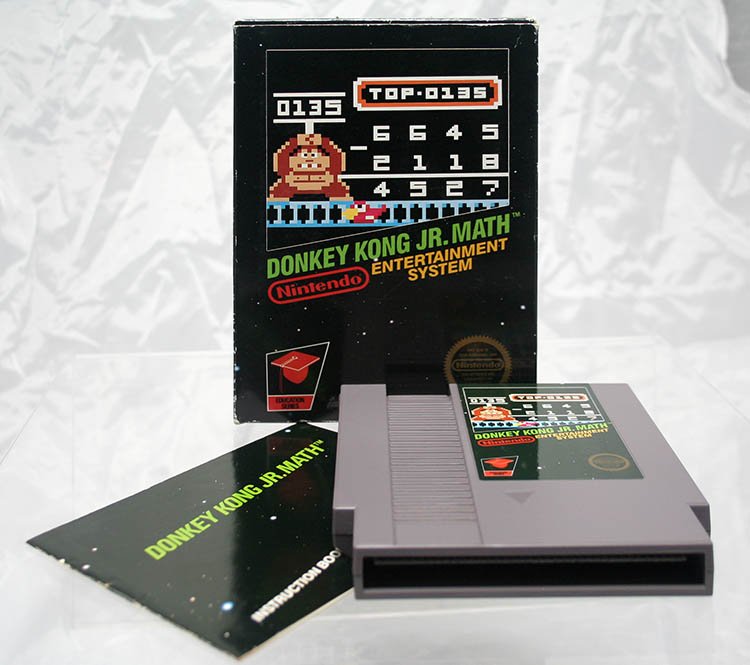 The one down side is that every time I hit a sort of goal or target, I realize there's even more that can be done. For instance: Since documenting the box for DK Jr. Math, I've gotten my hands on a much nicer camera and invested some Patreon money into a rather pricey but incredibly worth-it high-speed macro lens — a combo that does much better justice to these artifacts. But now I feel like I need to do a bunch of reshoots. It never ends.