First, you'll be downright chuffed to know that this week's early access episode (wherein Bob and Ray and I discuss the mysteries of Bubble Bobble canon) is now available through Patreon. 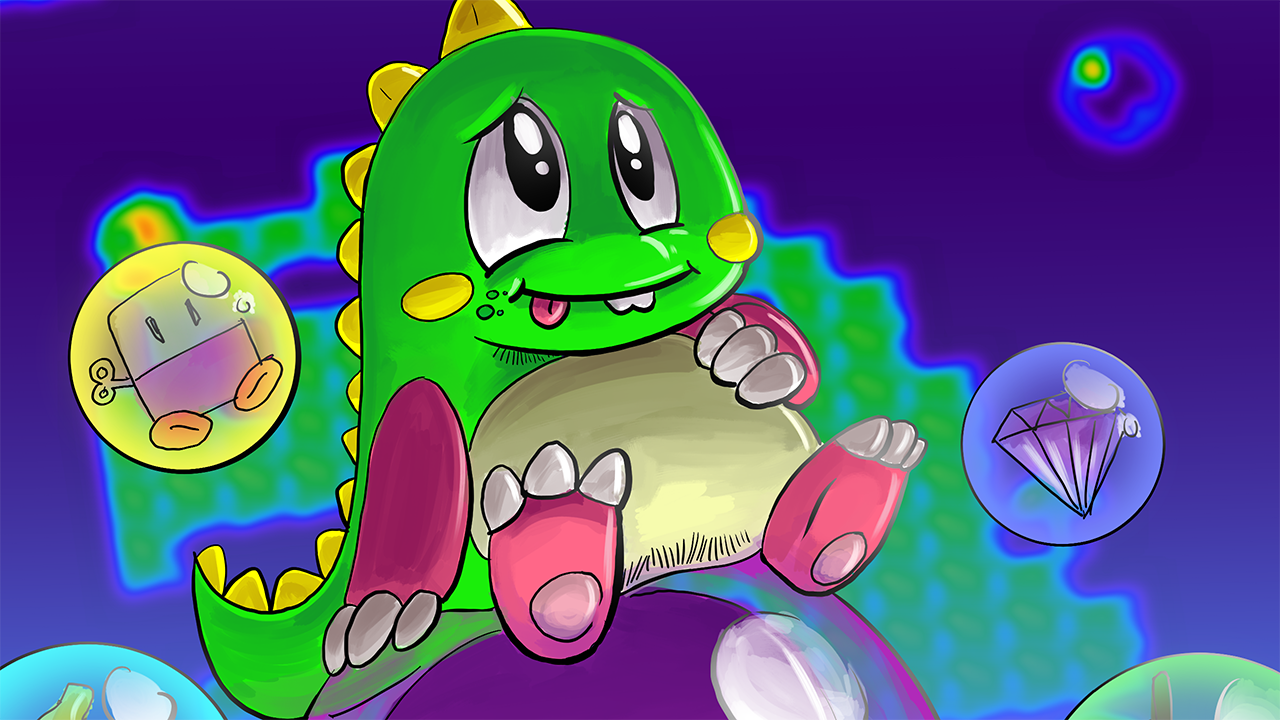 Secondly, I'm chuffed to say that, thanks to a surge of Yuletide enthusiasm and generosity, we crossed over our "weekly full episode" tier last night. Over the coming month, leading up to February's big change, we'll be developing our new publishing plan, which includes the new monthly chapter of the show, Retronauts East. Tentatively, the East show will feature Benj Edwards of vintagecomputing.com and Ben Elgin, both of whom will bring a welcome dose of knowledge regarding classic computers, Atari games, and other bits of retrogame trivia that Bob and myself (who are largely, though not exclusively, Japanese console-centric in terms of our interests) have typically been a bit weak on. I'm excited about this new addition to the family! I will definitely need to pick some extra recording gear before we can start producing the new show, though.

Of course, this does mean that Retronauts Micro will be vanishing... unless we manage to hit our next funding goal, at which point it will resume its biweekly schedule. So, to recap, we've gone from two full and two Micro episodes per month to four full episodes, and our next stop will be four full episodes and two Micro. Hopefully we'll get there soon.

I've also added a new link to the banner across the top of the site: an iTunes feed for Retronauts Chronicles videos. I always post my video projects several days early for video backers, but the iTunes feed also gets updates a day or two ahead of the videos going public via YouTube. This week's early video on iTunes concerns Pilotwings for Super NES; next week will probably be Mach Rider, or maybe a prototype long-form retrospective on the SEGA Master System (monthly long-form videos being the next video Patreon goal, you see).

Yeah, we're doing the hard sell here.... but hopefully the content makes it go down smooth.