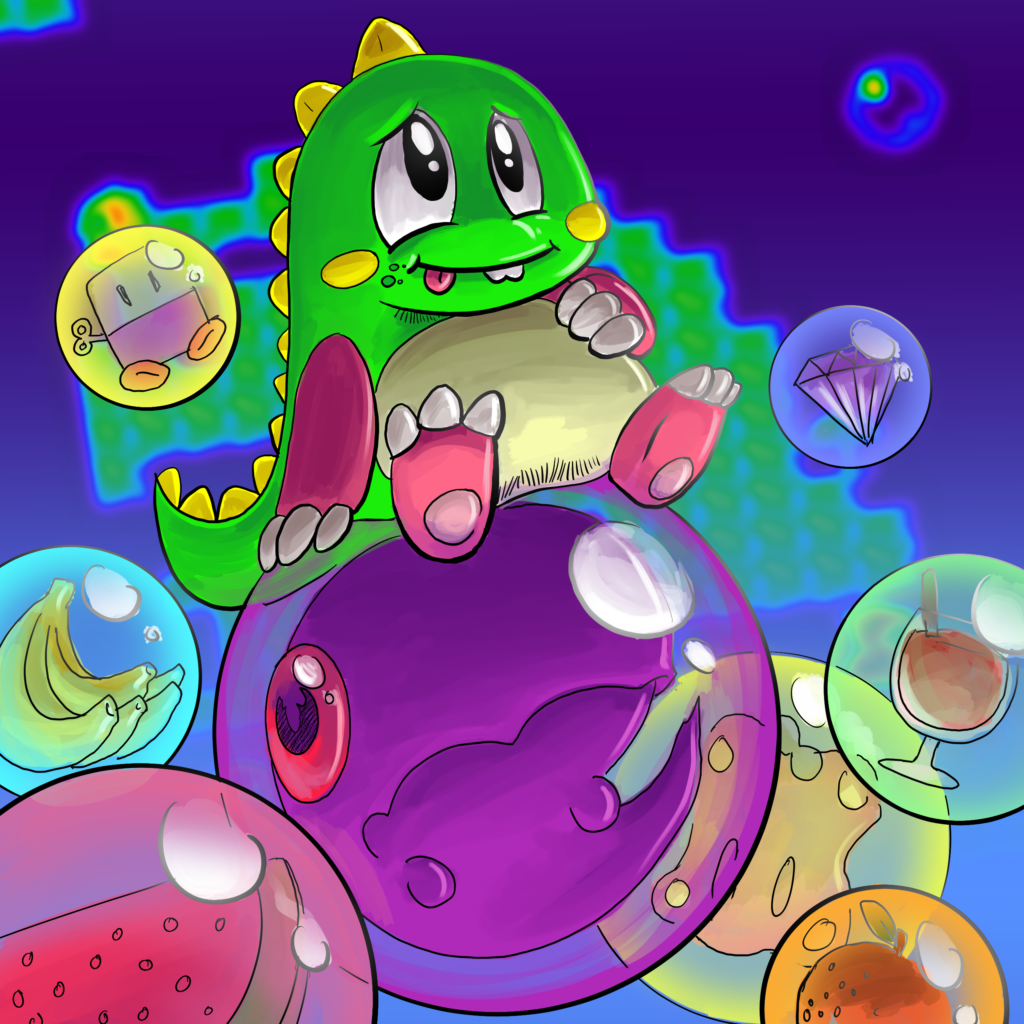 A few months ago, we summoned Ray Barnholt into the studio to help us sort out the mad entanglement of games and names and remakes and reissues and branding confusion that is Wonder Boy. Or Adventure Island. Or The Dynastic Hero. Whatever — take your pick. It's all the same thing.

Well, we all survived the experience without our brains exploding all Scanners-style, so we have courageously reconvened in the studio to take on the next big messy project: Taito's Bubble Bobble.

Of course, we're giving away the plot right there, to a certain degree. This is Taito's Bubble Bobble, which automatically makes it less baffling than Wonder Boy and Adventure Island, whose name and lineage splits right there at day one depending on which company's adaptation of the concept you're talking about. Bubble Bobble is Taito's baby (which means it's been Square Enix's baby for the past decade), so it at least has a sort of internal consistency going for it. That being said, this sprawling franchise of loosely connected platform games has suffered its share of overlapping titles and contradictory names, so there's plenty to keep track of... and plenty of opportunity for your poor host (me) to screw something up.

This episode spans a wide gamut of games: Bubble Bobble, Parasol Stars, Rainbow Islands, Bubble Memories, The New Zealand Story, Liquid Kids, Don Doko Don, Bubble Symphony, a host of remakes, a bunch of games that claim to be Bubble Bobble 2, and a bunch more that I can't remember off the top of my head. Honestly, it would probably be less trouble for you to just give it a listen:

The original Power Trio — Bob, Ray, and Jeremy — follow up their recent look at Wonder Boy to take on the next needlessly convoluted franchise: Taito's Bubble Bobble (et al.). Confusion guaranteed for all!

And we didn't even get into the Puzzle Bobble games... that'll be next week. And eventually we'll get a Falcom expert into the studio to go over the Dragon Slayer franchise with us and bring an end to this trilogy of nonsense.

Music from this episode comes from various Bubble Bobble games. Especially that theme. You know the one... or you will, once it's drilled its way forever into your brain after its frequent appearance here.