I have four more weeks left in my run with USgamer before I go solo and try in earnest to turn this podcast and site into something capable of providing me with a living (or else admitting failure and going into, I dunno, real estate or something). Think of the next 20 work days as a sort of, I dunno, farewell tour. And I've kicked it off the only way I know how: By writing about something extremely esoteric and extremely retro in nature. Namely, Data Discs's recent release of the Panzer Dragoon soundtrack as a double 45rpm vinyl LP set. Because why not go all in when I'm on the way out? 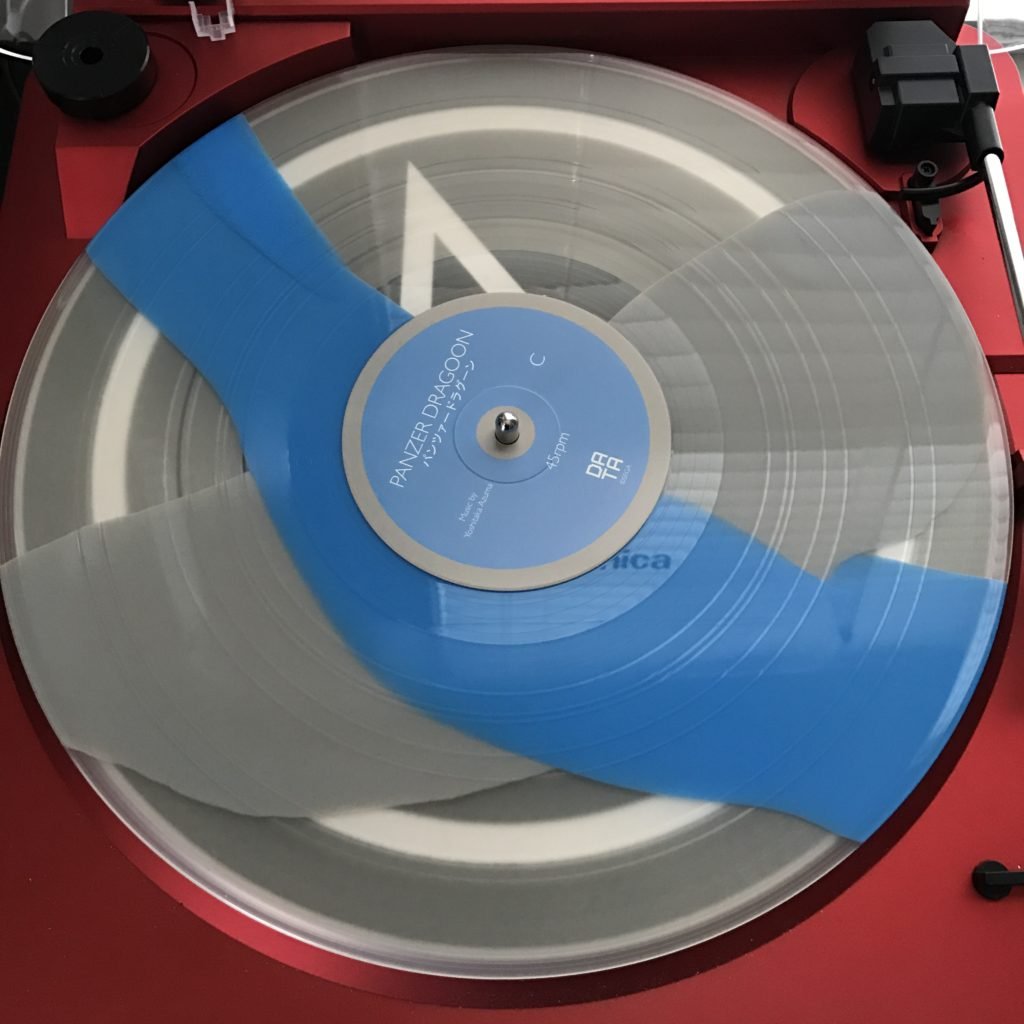 It's a fantastic release, even by the admittedly high standards of Data Discs. I played through Panzer Dragoon a very, very long time ago, but for whatever reason its music never stuck with me. Going back now and listening to it in this context, I love what I hear. It's very... well, I can't think of any other way to describe it except "very ’90s." But in a good way! Not a bad, cheesy way. There are passages here that remind me of Mega Man Legends —  this one synthesizer hit with a multilayered sound I can't really describe that both games use — as well as tracks that feel like they served as the basis for huge chunks of the Skies of Arcadia soundtrack, too. But it works most of all as a great collection of music in its own right.

Altogether, the Panzer Dragoon soundtrack feels nostalgic in a way completely different from chiptunes and Super NES or Genesis music. It's good stuff and I strongly recommend it to anyone who's into great game music and ever listens to vinyl. But hey, don't take my word for it; take my word for it.