It's been a pretty hectic weekend between the Lunar New Year and what appears to have been the second of 208 planned weekly protests by millions of anti-Trump demonstrators. Also, somewhere in there, an Analogue Nt Mini showed up on my doorstep, and I've been eager to put it through its paces. So I figure, why not combine two very important things — playing video games and a stiff drink to take the edge off — with a Sunday afternoon Gintendo stream?

And friends, I can't think of a more appropriate game to play this weekend than Bionic Commando ’99.

"Bionic Commando... ’99?" you ask, perplexed. Yes, ’99 — it's Bionic Commando for NES, except this version was patched by Chris Covell (back in the year 1999, hence the name) to restore all the content cut in translation from Japanese to English. Nintendo of America shied away from controversy of any sort in the NES days, which means religious symbols and unpleasant political relics alike had to be modified or scrubbed for U.S. release. The Japanese title of Bionic Commando translated to Top Secret: The Resurrection of Hitler, and an image of ol' pencil-stache himself glowered over the packaging art as the protagonist gave Fourth Reich soldiers, decked out in full brownshirt regalia, an iron boot to the face. 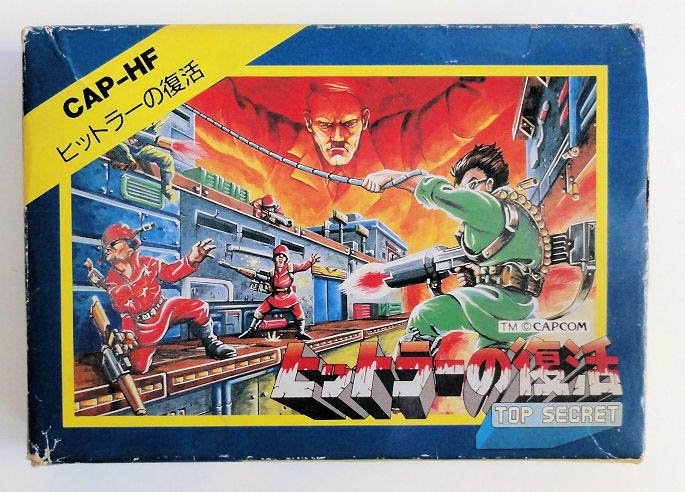 In America, however, all references to Nazis were edited to "Badds," and Hitler became "Master-D." Chris Covell's patch simply changes back the references and restores certain Nazi imagery, including swastikas, to leave no doubt whatsoever about whom you're killing. In an era where we have actual Nazis showing up in the national news skulking around under euphemistic terms like "alt-right," I can think of no more fitting game to play than a game mod that revolves around the premise of calling Nazis by their real name.

So please, join me this afternoon at 4 p.m. ET/1 p.m. PT as I messily explode Hitler's skull.

Today's featured gin will be Greenhook Greensmiths' American Dry, which is distilled in Brooklyn — literally a few miles down the road from JFK International Airport, the site of this weekend's most fervent pro-immigration protests. And I'll be playing on an Analogue Nt Mini, a clone of the Japanese NES hardware designed in Seattle. In short, this stream will be celebrating America, inside and out.