Switch is already ascending to its destiny as a retrogaming haven

First there were Neo•Geo games and Blaster Master Zero; now there's this: 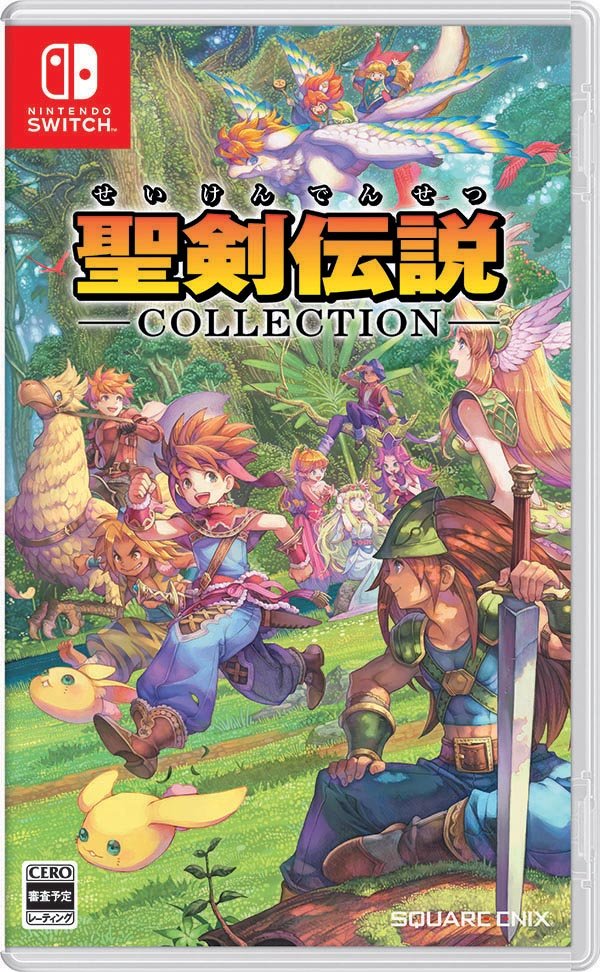 There's still no word on what Nintendo plans to do in terms of Virtual Console for Switch, if anything, but clearly third parties have no intention of sitting around and waiting for plans to solidify. And so we have the Seiken Densetsu Collection. And by "we" I mean "Japan, anyway."

Yesterday Square Enix's official Mana franchise Twitter account teased a brief and masterful video clip of people playing Secret of Mana, which wasn't particularly remarkable until the camera pulled out and — BAM! — they were playing on Switch. Rather than let the question of, "Is this real?" linger in the air forever like a bad smell, the company went ahead and announced a collection of the first three Mana games this morning. And all was well, except for the uncertainty surrounding a possible localization.

I think it's pretty reasonable to hope this makes its way west as a Mana Collection (or some such). The lack of a proper, official English-language version of Seiken Densetsu 3, the gorgeous 16-bit sequel to Secret of Mana, has always been one of those sources of simmering resentment for RPG fans; the game likely wasn't localized because of the difficulty involved in squeezing a less-efficient English script into a huge, jam-packed ROM, which already sat at the upper limits of the system's practical size restrictions (and therefore would have been ridiculously expensive here). Every once in a while Square Enix kindles a spark of hope that we'll finally get a belated English conversion of the game, such as when they teased Heroes of Mana as a sequel to SD3. And yet here we are more than 20 years later, and no official U.S. release of SD3.

This seems like the ultimate test. If we don't get this Mana compilation, we're never getting SD3 in English from Square Enix and will have to settle for paying people to flash SNES ROMs of the (groundbreaking and quite excellent) fan translation for us instead. I kinda feel like letting this languish in Japan would amount to leaving money on the table, but what do I'm know? I'm a bozo who would have Square Enix localize every single unsellable SaGa game, so it's just as well I'm not making any of these decisions for the company.

There's more than just coulda-woulda-shoulda with this collection, though. The simple fact is that Mana perfectly embodies the appeal and potential of the Switch. While the first Mana game (Final Fantasy Legend for Game Boy) lacked multiplayer hooks, both Secret of Mana and SD3 featured drop-in-drop-out cooperative action-RPG adventuring for up to three people at once. A system designed to make that possible anywhere is a perfect place to repackage these classics — especially if this serves as a trial balloon to see whether or not there might be interest in a new Mana game. And also, I get the impression Switch is pretty heavily targeted toward old and nostalgic gamer types, so this hits that core demographic, too.

Of course, if the collection doesn't come west, the Switch does lack any sort of region locks, so we can always just import it. Hopefully it won't come to that. Playing these games without English language wouldn't be the ideal for these games; it's certainly possible to bumble through, but SD3 in particular relies heavily on the nuance of its characters and their allegiances. In any case, I'll be camping out at Square Enix's front door every day until they finally relent and announce an American localization.