Another week, another episode about Castlevania.

(Nah, just kidding, I'm limiting myself to one per year. But I will be resuming my Gintendo Castlevania marathon soon...) 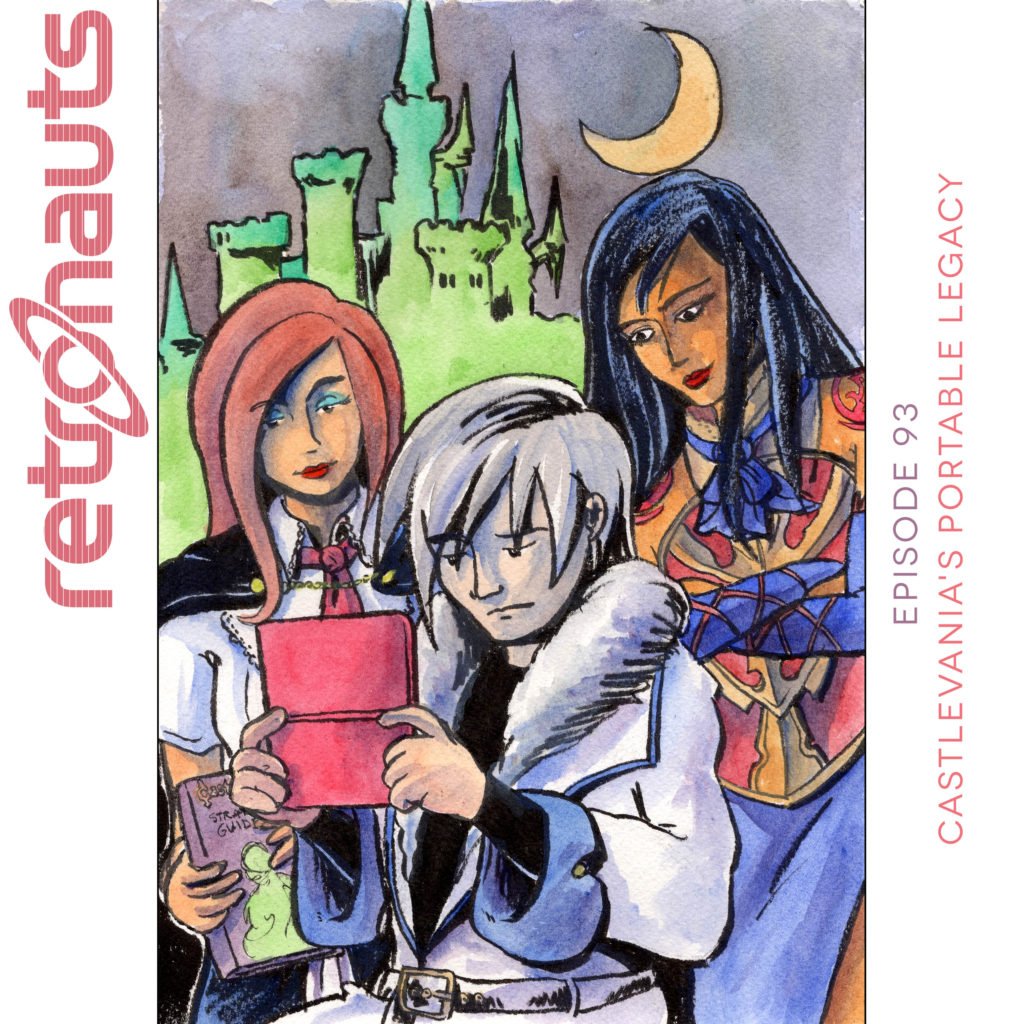 This episode sees our favorite Castlevania fanatic (Shane Bettenhausen) return to the Retronauts flock to share the good news of portable Castlevania games. In summary, this episode touches on six games:

Though honestly I could easily manage a full episode deep-dive on at least half of them.

Did you notice the depressing part of this episode? That's right: Only one of these games fails to pass our 10-year cutoff mark for being deemed "retro." When Bloodstained arrives next year (presumably), it's gonna be a one-decade celebration since the last good and proper Castlevania release. Man.

These games are synonymous for me with an incredibly important period of my life. I imported Circle of the Moon and a GBA right before I moved away from the place I'd lived for more than 20 years to attempt to start a new life. I imported Harmony of Dissonance with the negligible cash I had after that attempt failed. When I picked up Aria of Sorrow, it became a much-needed ray of light in a dark time in my life, right before I landed a job in the games press. And the DS trilogy became landmark moments in my advancement in the press: Importing Dawn of Sorrow gave my wild-eyed claims that the DS wasn't all bad some heft; Portrait of Ruin gave me a thrilling opportunity to get my hands on a game months before its release thanks to my insider connections; and Order of Ecclesia arrived at the point at which I'd been around long enough that I was happy to defer reviews of games in beloved series to other people because I'd already had my say about those franchises and didn't want to crowd out alternate perspectives.

I love these games, and it has taken an act of will for me to power through editing and posting this episode instead of just nipping off to play through them some more.

Episode description: Castlevania superfan Shane Bettenhausen joins Bob and Jeremy to discuss the next set of vampire-slaying classics to go under the retrospective lens: The series' six "Igavania" entries for Game Boy Advance and Nintendo DS.

This week's music selections come, naturally, from the games in question. Each discussion of individual titles is accompanied by some of that's game's best tunes. Composers include Michiru Yamane, Yuzo Koshiro, and more.

Finally, the big change for the show this week is the addition of in-show advertisements. It's a new experience for us, but we're big fans of paying our bills! So a big thank-you to this episode's sponsors: BarkBox, Audible, and Casper Mattresses.