For this week's Retronauts — Retronauts East — I invited the internet's greatest Batman expert onto this show to discuss, well, Batman. Or rather, Batman games. Chris Sims of War Rocket Ajax and The ISB (and the upcoming SwordQuest comic) stopped by for this episode to help shed some light on a corner of video games that Retronauts has touched on in passing, but never with quite this much depth. 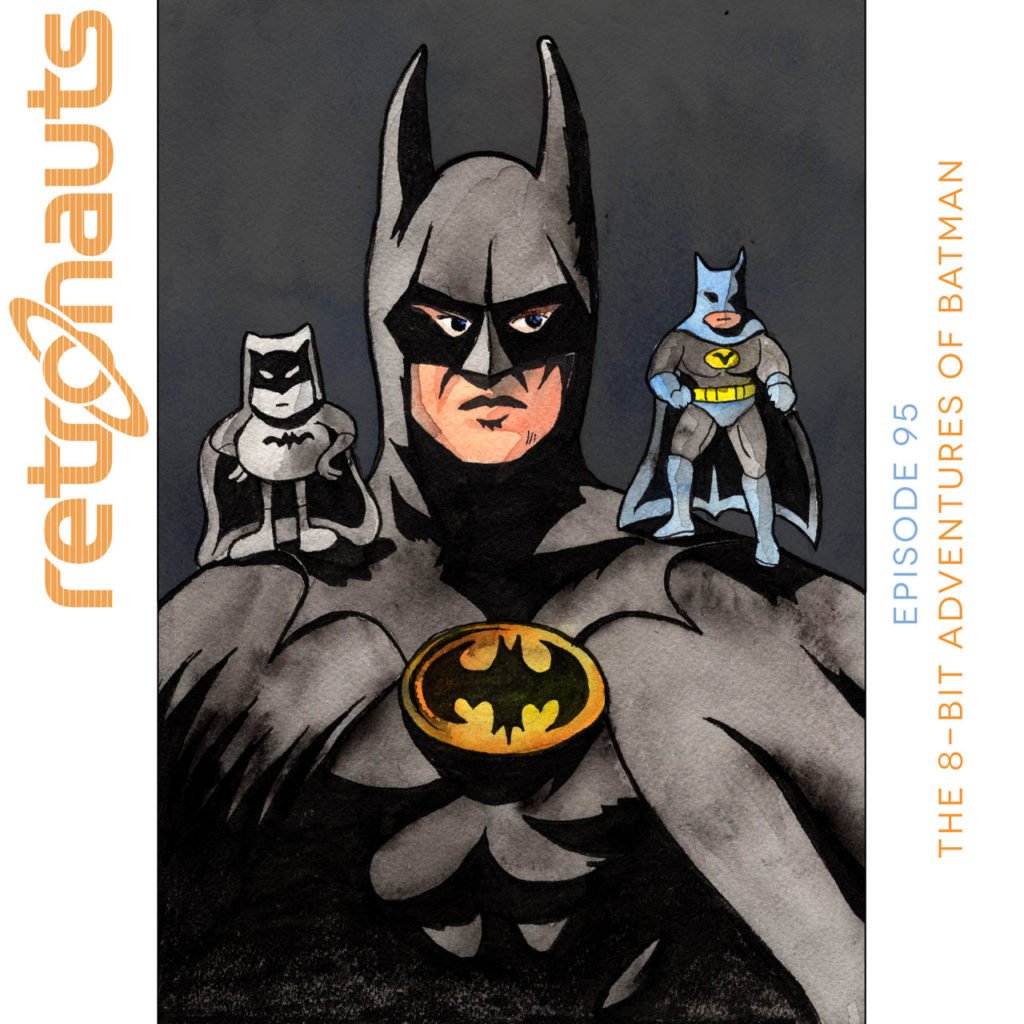 The original plan for this episode was to cover the entire span of Batman-based classic games from 1986-2005, but we ended up going into so much detail on the context surrounding the games — especially the character's pop culture resurgence and rehabilitation throughout the ’80s — that we barely made it past Batman Returns. And that is OK! I do wish I had known we'd only be covering half the games I assembled notes for; I'd have gone for depth rather than breadth and really drilled down into the titles we did end up discussing. But there's a lot of great and informative conversation about the Batman franchise (thanks to Chris) that helps to better define the games. It's a good mix.

The games we tackle in particular this time around are: Batman (ZX Spectrum), The Caped Crusader, Batman (the movie games), Return of the Joker, Batman Returns (move games, again), and Batman: The Animated Series.

Episode description: Renowned Batmanologist and comics scribe Chris Sims joins Jeremy and Benj to explore the lore of early Batman games and how they fit into the evolution of the character's franchise.

This episode's music comes from a variety of Batman games: SunSoft's NES and Game Boy movie adaptations, Return of the Joker for NES, and the SEGA CD game — whose soundtrack, I fear, I unfairly maligned. After giving the SEGA CD soundtrack a closer listen, I owe Spencer Nilsen an apology. There's some corny butt-rock at work there for sure, yeah, but also some pretty great composition (if decidedly of a ’90s vintage, soundwise).

Finally, a big thanks to this episode's sponsors: BarkBox, Audible, Dell, and Casper Mattresses.