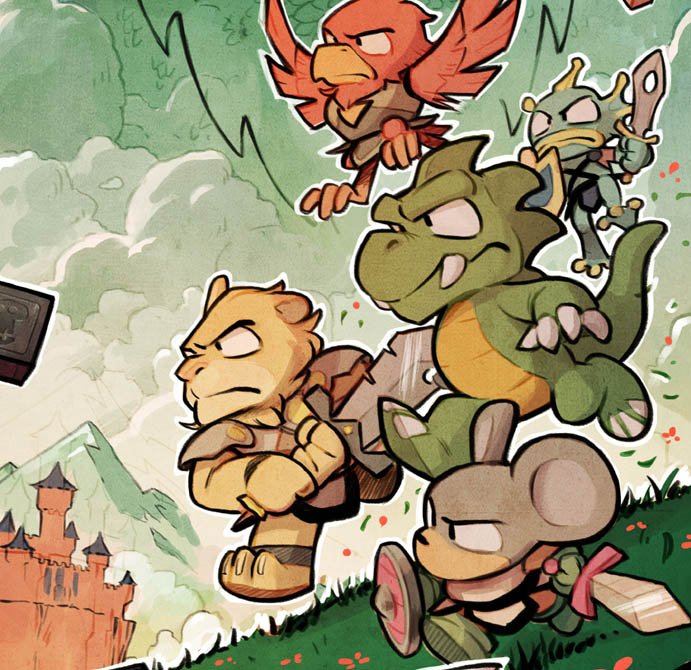 Remaking a beloved classic forces developers to grapple with their own pixellated version of the Ship of Theseus paradox: How heavily can a game be altered while remaining fundamentally the same work? What parts should be altered? To what degree should those modifications be allowed to reshape the underlying work?

LizardCube's new remake of SEGA Master System metroidvania Wonder Boy III: The Dragon's Trap is one of the rare instances in which the developers were able to sidestep this question altogether right at the outset. This remake began as a programming exercise for an enthusiastic fan (Omar Cornut) who wanted to dissect the tech behind the game and rebuild it for new systems. Rather than taking broad liberties with this new rendition of The Dragon's Trap, Cornut prioritized fidelity first and foremost. This is a remake in the most literal sense: Not a reimagining, but rather a genuine recreation of the 8-bit work from the ground up.

Much as with Saber and 343i's Halo Anniversary Editions, The Dragon's Trap gives players a visually upgraded overlay that sits atop the original game, modified to run on new hardware and containing a handful of bonus secrets, but ultimately unchanged. The world layout, the physics, the enemy movements: They're all the same as they were way back in 1989 on Master System. In fact, as with the aforementioned Halo remakes, The Dragon's Trap allows players freely toggle between the new look and the original game sprites with the press of a button. The 8-bit visualizer mode isn't simply the original Master System game running under emulation, either; the graphics have been modified to fill the widescreen layout of modern devices like Nintendo Switch (the version I've been playing) or PlayStation 4.

It's a stunning exercise in digital archaeology, the programming equivalent of unearthing a dinosaur fossil and reassembling it perfectly... then allowing viewers to observe it as either a bare skeleton or with a detailed new skin. It almost seems excessive, but in the best way possible. How many remakes allow you to take a password into the original version of the game to play for a while, then seamlessly carry the progress you made there back into the new rendition?

This scrupulous fidelity to the source material comes with both benefits and drawbacks, of course — the developers' pixel paradox in action. On the plus side (and this is an enormous plus), it means the extravagant new visuals don't compromise playability. The Dragon's Trap looks absolutely gorgeous, with elaborate, stylish, and above all fluid animation fleshing out the game's sprawling world. Purists can opt to play with the original bitmaps, garish color palettes and all, but I can't see why anyone would. The remake looks as good as any other 2D platformer I've ever seen, and possibly better.

But LizardCube's core design philosophy — that is, change none of the game's substance — neatly sidesteps the biggest issue that normally arises when a game looks this nice. Beautifully animated games tend to prioritize animation above responsiveness, an issue you're especially likely to experience in other hand-drawn games of European origins. Think Rayman: Games that look great and move with visual grace, but which insist on playing out a full animation cycle on-screen before responding to player inputs. Because The Dragon's Trap is ultimately running on a reconstructed 8-bit framework, it moves like an 8-bit game. When you tap the controls in a given direction, your character immediately moves in that direction. Perhaps the greatest accomplishment on display here (in a release that sets several technical standards for future classic remakes) is the way in which the characters still manage to animate fluidly within those limitations. There's a whole lot of in-betweening work that plays out between the stilted animation cycles of the Master System original, and each of your protagonist's five incarnations manages to pull off a variety of moves without ever breaking the illusion. It's truly extraordinary, all the more so for the impression that every frame of every character and bad guy was drawn individually rather than relying on Flash-style "puppet" animation that many other best-of-class 2D developers (e.g. Vanillaware, WayForward, or Klei) sometimes use as shortcuts.

Taking such a faithful approach does present its share of problems, though, and The Dragon's Trap unfortunately falls afoul of the biggest of them: Namely, by holding so faithfully to a game from nearly 30 years ago, LizardCube chose to forego any opportunities to refine it.

Now, some may hold to the idea that new developers have no business monkeying around with someone else's classic, that the point of a remake like this is simply to reproduce the source material, warts and all. I disagree. Game design has come a long way in 30 years; back when Westone first created Wonder Boy III, developers were still tinkering with fundamental concepts of balance and fairness. To their credit, this game feels far less punishing than other contemporary nonlinear games. Wonder Boy (or Girl — one of the more thoughtful cosmetic elements of this remake is the option to chose your protagonist's gender) can soak up quite a bit of damage from foes. If you venture into an area and find yourself hopelessly outclassed by the bad guys there, you shouldn't be in that area just yet.

That said, the original game still had its share of minor frustrations. The physics can feel a little odd for those accustomed to the elegant jump mechanics of other games, and there are a few places (especially late in the game) where enemy placement feels needlessly punishing. The world desperately needs a few reverse shortcuts, too. Every area has a door to warp players back to the main village that serves as the game's hub, but you need to trek the whole way on foot when you want to venture out to the hinterlands. If you lose to a boss, you can look forward to slogging your way back from the start. Likewise, the one shop that sells precious life potions is a good five-minute jaunt through a mouse-sized maze, even for a powered-up hero. You'll get to know that route quite well, since you have to bumble through it any time you want to restock your potions.

It's a testament, then, to the excellence of the original game that it still plays well in 2017 despite these quality-of-life issues. The third chapter in the sprawling Wonder Boy series (along with the other Wonder Boy III, Monster Lair — yes, it's confusing, but we've sorted it out for you in podcast form) built on the rudimentary action RPG elements that appeared in 1987's Wonder Boy in Monster Land. Where Monster World had the brisk pacing and simplistic structure required for a game originating in arcades, though, Wonder Boy III appeared strictly on consoles and could afford to indulge in fully non-linear design. It's packed with secrets, equipment, and pathways that you may spot right off but can only explore once you've acquired the appropriate power.

Those powers helped make the game so interesting. The journey begins at the finale of the previous game, with the final boss encounter working as a sort of prologue; once you defeat the last game's boss, Wonder Boy is cursed to become a monster. With each new boss you destroy, you're cursed anew to become a different creature: A lizard, a mouse, a fishman, etc. Each form has both advantages and drawbacks. The mouse, for example, has absolutely awful attack range, but can slip through tiny passages and climb certain walls. In time, you gain the ability to swap between your cursed forms at certain key locations, and learning when and how to make the most of each curse becomes a huge part of completing the game.

Original developers Westone put together one of the most advanced and interesting action RPGs of the ’80s, one that could stand toe-to-toe with hits such as Zelda II and would go on to exert some very obvious influence on the likes of Castlevania: Symphony of the Night, Shantae and Little Samson. Its problem was one of obscurity. Wonder Boy III appeared on multiple systems back in the day, but they were all the least popular platforms of each category: Master System, TurboGrafx-16, Game Gear. Hopefully the fact that this visually stunning (and still quite entertaining!) remake is showing up on the most popular platforms of the era — PlayStation and Steam, as well as being one of the first notable releases for Switch — will allow this 8-bit masterpiece to finally receive the acclaim it's due.

The remake's changes are literally skin deep... but what a great-looking skin they've created. And that skin been fitted over a game that didn't really need much corrective surgery in the first place. I wouldn't have complained about a few minor gameplay refinements, especially options to make navigating back to conquered areas less time-consuming, but I can't fault LizardCube for creating a brilliantly, beautifully faithful take on this 8-bit classic.

This review was based on software provided by the publisher for review purposes.

Enjoy a fright at the opera with our Parasite Eve episode