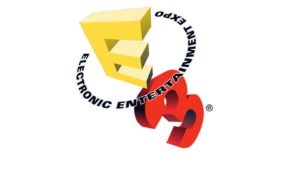 Now that all the big media briefings are over, the flurry of all things news from that Electronic Entertainment Expo thing has started to wind down -- today's the last full day of it, and there's just not all that much to say. There might be the odd conference in some closed off room, but on the floor people are just about getting ready to pack their stuff and leave. So, how best to sum up this year's events, at least from a Retro perspective? Let's sum up some of the main points of the week and see just who won E3. 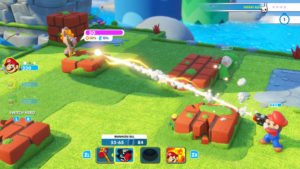 If you're interested in the old stuff, then yep -- Nintendo undoubtedly had you covered in many different ways. Short of the more obvious stuff like more info on Super Mario Odyssey, there was the return of Samus -- both in the form of a brand new Metroid Prime game and a 3DS remake of the classic Metroid II. M'colleague Kishi gave you all the details on that, and you can view them here. Also, Shigsy Miyamoto made a surprise appearance at Ubisoft's briefing in order to introduce Mario + Rabbids Kingdom Battle, a strange turn-based strategy crossover that wasn't exactly in the hearts of many before E3, but when it came to the show looking like some strange take on XCOM? People were sold. 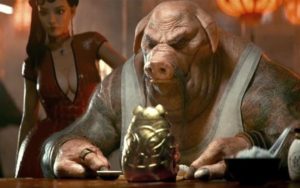 Speaking of Ubisoft, they also managed to give us more info on a long, long awaited sequel -- Beyond Good & Evil 2 got itself a full trailer. We still have no idea when the game's coming out, but seeing as there has been almost no news on the sequel since 2009 and a lot of people probably thought it was cancelled until word started to spread late last year that it was in the works again, it's certainly an improvement...it's still probably a long time until we actually see it, mind you. Fans of the original cult classic will wait though. They'll wait forever.

While the consensus was that Ubisoft overachieved with their briefing, most people thought that Bethesda didn't have all that much to show for a proper main event conference, and generally they were right. Still, Wolfenstein II: The New Colossus was one of the offerings of the expo -- of that there's no doubt. It got itself a big trailer, it was playable on the floor, and it'll be out in October of this year. You can find more details in my article here, but...well, some games just ride on top of the zeitgiest -- and having bored of the practice a few years ago, people are quite clearly interested in shooting Nazis again. This will likely be a hit. 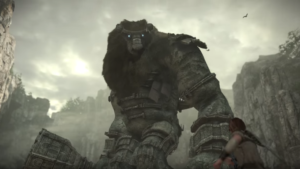 As far as old stuff goes...yeah, Sony are looking more towards the future. Except for that one thing -- the remake of Shadow of the Colossus that's coming to the PS4 next year. Seeing as an HD version of the original is already available on PS3, some would call it a "re-remake", and our noble editor would call it a good way to recoup all that money spent on The Last Guardian -- still, you can't deny that this game generates tons of interest. In other news, the highly popular retro-tinged RPG Undertale is coming to the PlayStation Vita. In other other news, the PlayStation Vita is still going. 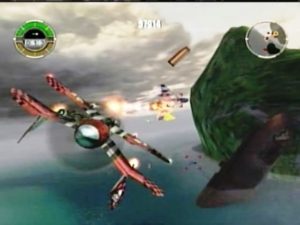 Um...well, you'll be able to play original Xbox titles like Crimson Skies: High Road to Revenge, amongst others, on your Xbox One soon -- which is nice. You'll also be able to do it using a specially remade Xbox Duke Controller from Hyperkin that'll be compatible with your Xbox One. So yay! In all seriousness, Microsoft's continued pushing of backwards compatibility is nice considering that it's long been an afterthought for Sony -- although it's not exactly going to reverse the machine's fortunes. That's up to ol' Hank Scorpio. 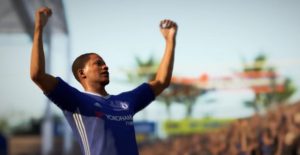 Electronic Arts shocked everybody by announcing that their long-running franchises, Madden and FIFA, would be returning again this year for entries #30 and #25 respectively. Both were shown through story-driven trailers detailing the journeys of Devin Wade and Alex Hunter, two young and fictional footballers only separated by different sports with the same name. Alex Hunter is 18 years old, meaning that he was born in 1999. He likely grew up with the PlayStation 2 as his first console, and every now and then he gets a hankering to play Jak II: Renegade. He doesn't know exactly what his favourite old FIFA is, but it's the one where you could slide tackle the goalkeeper and break their legs.

(Unsurprisingly, there was nothing of any retro interest whatsoever in EA's media briefing.) 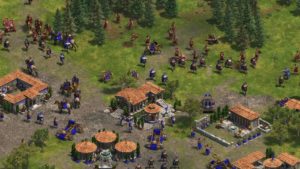 In other company news, Square Enix released a trailer for the long-awaited Kingdom Hearts III -- it'll probably be out next year. One of the big announcements of the PC Gaming Show was a revival of the original and much-loved RTS Age of Empires. Outside of E3, Atari -- yes, Atari -- announced a brand new console, the Ataribox. Details on it are very scarce, but the reveal shows that there's plenty of wood involved! This new machine didn't make an appearance at the Expo, but the speculation is that we can expect to see it when Blade Runner 2049 comes out as like the original film, it will feature the Atari logo quite prominently. In the end, it's probably fair to say that Nintendo won E3 from a retro perspective -- you can't exactly knock back the return of Metroid, after all. At last, we'll have the chance to knock the bad taste of Other M out of our mouths -- and if we can do that, then on the whole it's probably been a fairly good week.