Spectacle can paper over a lot of cracks in our fair hobby of video-computing. Contrary to some peoples' belief, graphics probably are the most important element of a game, given how much they can prop up relatively pedestrian gameplay. It's quite rare, especially in older games, to find something that's both aesthetically stunning and shockingly deep, thrillingly varied and just plain fun to spend time with.

Alien Soldier, as you may have guessed, is one of those marvels. Developed by Treasure, you'd be forgiven for not being particularly surprised by its quality. They had real form with the Mega Drive; the likes of Gunstar Heroes and Dynamite Headdy are rightly treated as seminal, a constant stream of whacked-out ideas with the gameplay consistency to carry them off with aplomb. Ideas are Treasure's thing, their raison d'etre, and sometimes their downfall - later efforts like Stretch Panic and Gunstar Future Heroes, while inarguably compelling, are let down by a lack of consistency.

Alien Soldier gets the balance just right. It's a side-scrolling shooter like Gunstar Heroes, yes, but without the cruft. It's single-player only, you can switch between free and fixed shot at any time, and all weapons are selectable from the beginning. It also largely does away with something fundamental to the run and gun genre - the running part. There are "levels", but they're extremely short and generally just a brief pre-amble to the next boss battle.

Yes, it's basically a "boss rush", but writ large. You'd think this could be repetitive, but the fights are so ingenious, so challenging and so different that you'll want to keep playing just to see what the game can throw at you next. And it never disappoints. The scope and scale just goes up... and up. By the time you hit Seven Force (yes, a recurring boss from Gunstar, and not the only one) you'll need a breather. Thankfully, Alien Soldier is very much a teaching game. After the (incredible) title screen, you can select one of two difficulty modes; "Supereasy" and "Superhard". The game defaults to the latter, in which you have three lives to beat the entire game. This sounds daunting - and it is - but health items are very common. Good thing too, because one of the game's foremost tactics is to keep your health bar full, allowing your character ("Epsilon Eagle", incidentally, but bollocks to the pointless plot) to utilise an incredibly powerful "Phoenix Force" attack that can absolutely shred through bosses. Unfortunately, this attack drains a small portion of your health and can only be used again if you grab a life-up icon to restore it. Also unfortunately, there aren't any collectable icons present during boss battles, except on the rare occasion that the bosses spawn mooks who might drop them. Then you figure out that a double tap of the B button activates "Counter Force", a quick half-second burst of energy straight in front of you that transforms enemy bullets into life-ups. And you start to get it.

It's that sort of game. A game where everything seems daunting until you figure it out. Your player character is so big that it's difficult to avoid attacks at all. So you dash through them, or use Counter Force. As you play, and die, you're trained. There's no overt "how to play" tutorial stage to ease you in. You get given the controls, you choose your weapons, and get stuck right into it. The aforementioned "SuperEasy" mode barely changes the game, allowing you infinite continues and the ability to slow the game down a little, but it's still rock hard. Rock hard but entirely fair, right to its very core. As far as I'm concerned, it resides at the very apex of Treasure's game design; accessible to all but beatable by few. Keep trying, keep playing, and you'll feel the reward.

Alien Soldier is available in the relatively recent Sega Mega Drive Classics on modern formats, though it is sadly missing from all versions of the Sega Mega Drive Mini outside of, strangely, the Korean unit. Still, Project Lunar exists now, and it's simplicity itself to add Alien Soldier to the line-up. And I thoroughly recommend that you do. 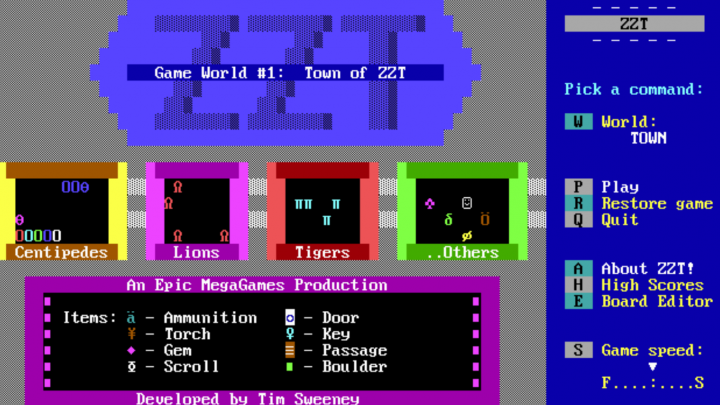