This week's roundup wouldn't be complete without mentioning two long-awaited sequels to cult franchises that, until recently, seemed fated to never return: Double Fine's Psychonauts 2, out now on PC, Xbox and PlayStation 4, and Grasshopper Manufacture's No More Heroes III, out tomorrow on Nintendo Switch. Whether you choose to play either game or ignore them for a few dozen more hours of Spelunky is, of course, entirely up to you. 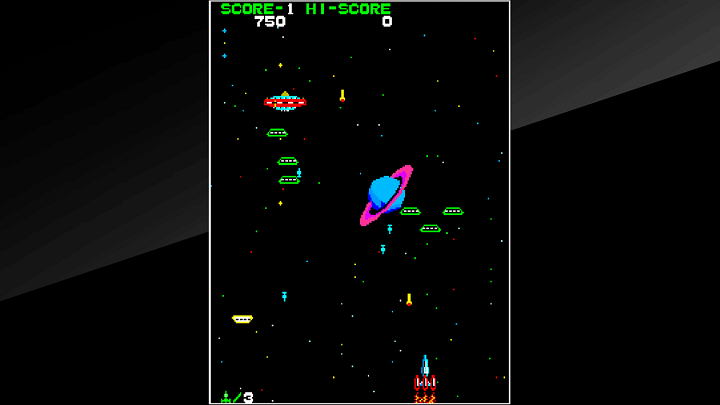 What's this? A vertically-scrolling shooter in the post-Invaders mold, originally developed and distributed by Taito in 1981; players are tasked with taking on various extraterrestrial foes, dodging asteroids, docking and eventually destroying the enemy homeworld.

Why should I care? You want to experience the primordial form of what would become a storied legacy of cinematic shooting games from Taito. (I'm only exaggerating a little; the production's fairly advanced for what's otherwise a Moon Cresta epigone.)

What's this? What's this? One of the many mobile versions of Data East's popular tarot-themed action-puzzle game, adapted by Matrix Software and published by G-MODE across various Japanese phone services from 2004 to 2007; this version (derived specifically on the SNES port of the second game) includes the both the versus ladder and the solo mode, as well as online leaderboards.

Why should I care? This doesn't even come close to being the optimal version of Magical Drop but it is, for the moment, the only official version currently available on Steam, so what can ya do?

What's this? One of the earliest and most respected games at the forefront of the "roguelite" wave, originally distributed for free on PC in 2008 and remade for Xbox Live Arcade in 2012, with subsequent ports to Steam, PlayStation 3, 4 and Vita and now Switch; to my knowledge, it's the same beloved procgen platformer you've probably been playing for years now, just on another platform.

Why should I care? Putting aside the handheld factor (the appeal of which was proven by the Vita version, and will hopefully be better realised on this more powerful hardware), I'm constantly being reminded that there are throngs of people out there who don't play things that aren't released for Nintendo hardware, and of all the great new games that those people might have missed over the last decade, this is one that they're going to feel most embarrassed for ignoring for so long.

Helpful tip: The recent Spelunky 2 also came out on Switch today and I'm genuinely torn about which one to recommend to a first-time player, as I feel the broader contentions one might have with the sequel are predicated entirely on how familiar one may be with the original... but, if you want to be purely pragmatic about it, the original costs half as much.

Before the juggernaut that was Sakura Wars, RED Entertainment's most prominent media-mix franchise was Galaxy Fraulein Yuna, a sci-fi anime heroine franchise co-produced with Hudson for a variety of platforms, including the ill-fated PC-FX; now, the first entry in the series has been translated and patched, which not only affects in-game text but also subtitles for the hour-plus of video footage, as well as both translated and transliterated subtitles for the karaoke sections. They've even translated the manual, which you can peruse right here. 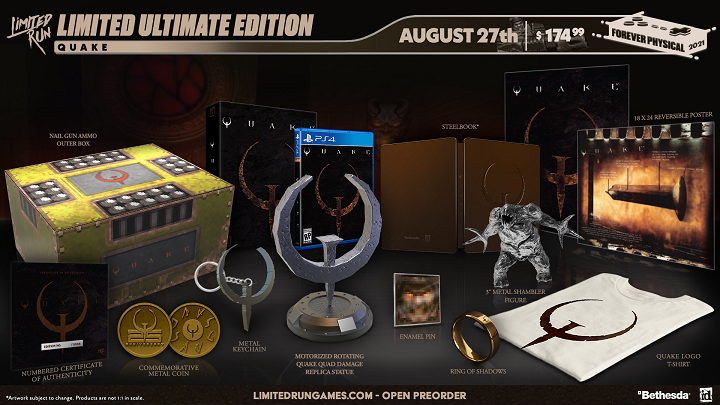 Limited Run Games has wasted no time in making these sort-of-a-surprise remasters of id software's groundbreaking 3D FPS game, QUAKE, available in physical form for PS4 and Switch. I can't imagine ever playing either game with a controller, but you do you. (Note that even the super-deluxe version doesn't come with a physical copy of the soundtrack... wanna hazard a guess as to why?)