If you'd rather spend the next week or so playing something new as a fig leaf for once again playing something old, dear readers, then turn your attention to Last Judgment, the new Yakuza spinoff: the protagonist owns a Sega Mark III and you, the player, can play eight different Mark III/Master System games to your heart's content (plus four more if you bought the season pass). No, ALF's not one of 'em.. 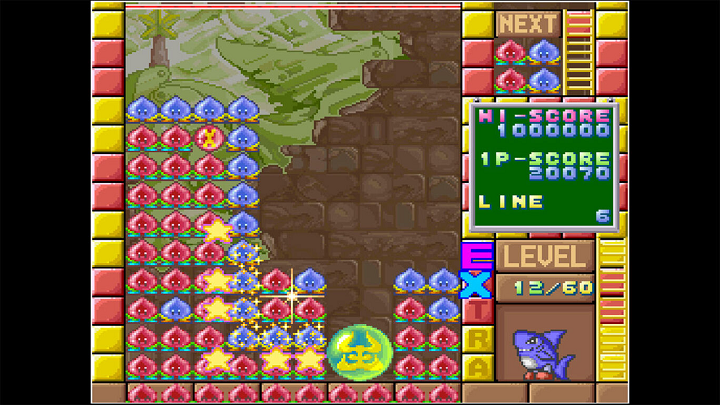 What's this? A falling-block puzzle game developed by Jaleco as a spin-off to their cult single-screen action game Rod Land, originally distributed in arcades in 1992 and later ported to Game Boy. The player is tasked with creating horizontal lines of a single color by rotating and stacking 2x2 blocks of colored pieces; sandwiching pieces of one color between two pieces of another color will change the color of the center pieces to that of the outside pieces, a la othello/reversi, which can potentially lead to massive line clears.

Why should I care? Put simply, the falling-block genre is one that's surprisingly under-represented via Arcade Archives, so if you're looking to Hamster for games in this vein, this is pretty much it. Luckily, Soldam's a polished and fun game with a decent array of modes (endless, 2P versus and a "sekiro" story mode themed around Rod Land enemies), one of Jaleco's strongest soundtracks and an addictive game system that doesn't feel like a Tetris or Puyo Puyo rehash like so many other games of this type. (Whether it's worth getting over the 2017 revival game also available on Switch and PS4 is another question... that version does also offer online play and slightly more content but you'll be hard-pressed to ever find anyone playing online.)

Useless fact: Soldam also received a Famicom port that, for whatever reason, never made it to market; Jaleco catalog owners City Connection have that port in their possession and have released the music on official soundtracks and even pledged to release the full game as part of a Jaleco Famicom collection for Switch, but we're almost two years on from that announcement and they've yet to mention it again, so who knows whether it'll ever happen.

What's this? The second game in the mystia series of feature phone RPGs, originally released in chunks and then as one complete game for Vodafone services in 2005; it's a very straightforward sequel to a very conventional game that's longer, prettier and adds a three-person party.

Why should I care? The original game sought to offer an authentic SNES-quality RPG within the constraints of circa-'02 phone hardware and a 100-yen price tag, so the end result was more admirable than genuinely fun, but the sequel was able to benefit from the higher hardware spec and a more reasonable developer schedule, and thus comes a lot closer to shaking the fun-for-a-phone-game stench of the original.

Helpful tip: Until now, G-MODE Archives have released at a uniform 500-yen price point, but that strategy has officially ended: after mystia2, games will be individually priced according to their development costs, on account of the fact that the label hasn't been especially fruitful and certain games have required way more work to reissue than others.

What's this? Exactly as the title says: a double-pack containing the two mission-based Neo Geo Pocket Color Metal Slug entries, originally released at the turn of the millennium and recently reissued as part of the Neo Geo Pocket Color Selection Vol.1 compilation; these versions are presented with identical features and settings to the compilation, including features that were added via updates like rewind functionality.

Why should I care? You're one of the tiny minority of people who want to try these games but not the eight other SNK games on the recent collection.

Useless fact: 2nd Mission's unlockable character Tequila is the only Metal Slug player-character from the classic SNK era that has not been included or referenced in SNK's long-running mobile Metal Slug games, Metal Slug Defense and Metal Slug Attack. 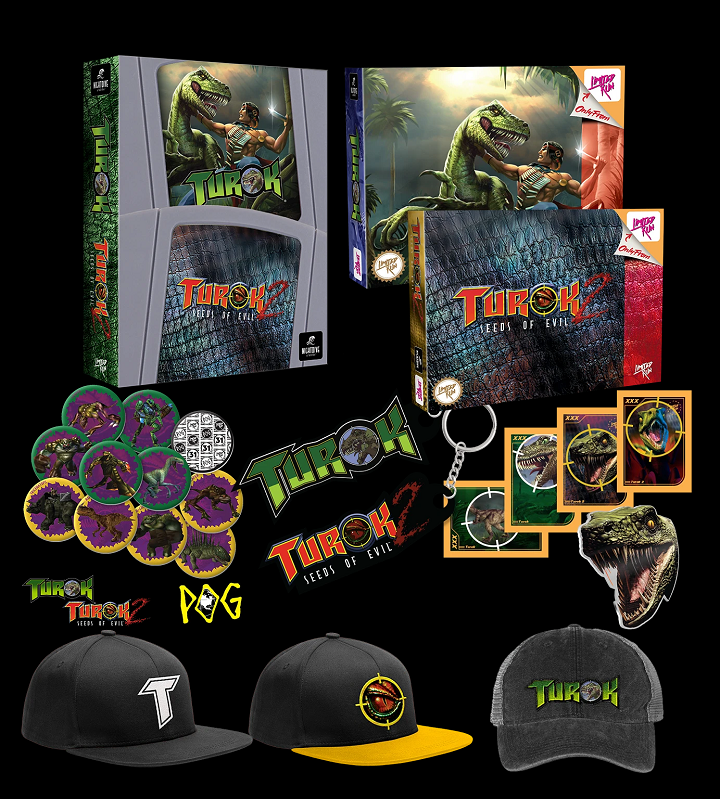 Hot of the heels of the (still-available) Quake remaster come physical versions of three more '90s FPS remasters, all from Night Dive Studios: the RPG-tinged Doom-engine shooter Strife and the two exploratory, cerebellum-borin' Turok games, all of which took the long route to arrive on Switch and PS4, respectively. There's also a $300+ Turok "fan bundle", pictured above, for the more dedicated VIOLENCE KILLERS out there (or just the compulsive buyers, who can say).

SOUNDTRACKS & VINYL (WELL, NOT THIS WEEK) 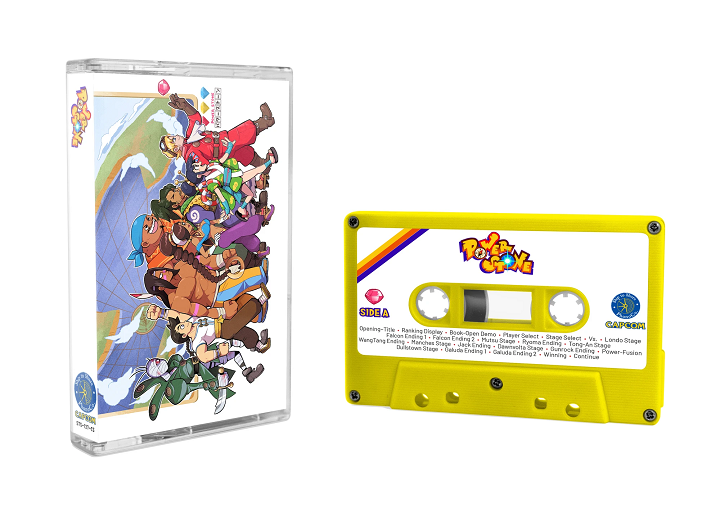 As with a few other recent Ship to Shore/Capcom collabs, the soundtrack for the beloved 3D arena-based fighting game Power Stone has been produced in both vinyl and cassette formats... and, as with most StS soundtracks, it went on sale just early enough that the vinyl versions were completely sold out before the weekly round-up. Geez, it's like they're not even reading these things.