I'd be curious to know whether the ostensible highlights of this week's roundup — a pair of ports from Humongous Entertainment's extensive catalog of '90s PC edutainment games — are viewed with any particular affection by many of the regular readers of this column... or, put another way, I wonder whether the average age of a Retronauts regular is low enough for these games to register anywhere on the collective nostalgia meter. 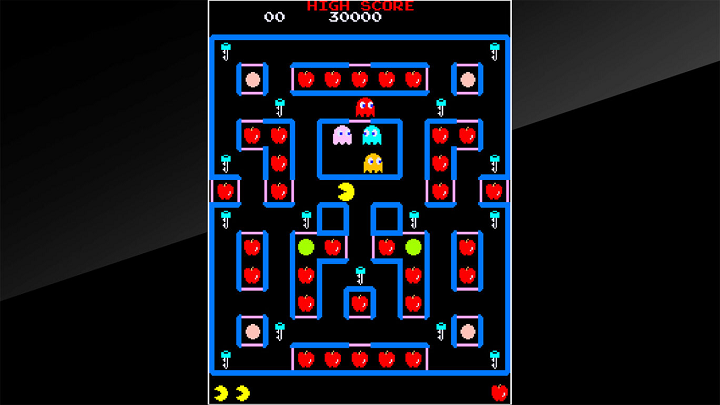 What's this? The first Namco-made successor to the wildly popular arcade juggernaut Pac-Man, originally distributed in arcades in 1982 and ported to a modest selection of Japanese and international computers, with later reissues as part of compilations for Windows PC, PlayStation, Wii and Xbox 360, as well as the more recent Pac-Man Museum. This take on the maze game exchanges the simplicity of pellet-eating for the slightly more complex loop of collecting keys in order to unseal and eat the fruit scattered around each maze; in addition to the classic power pellet, there's also a new super pellet which causes Pac-Man to become huge for a limited time, making him invulnerable to ghosts and giving him the ability to break through locked doors and move at a faster speed with the press of a button.

Why should I care? It takes a lot to really screw up a Pac-Man game, and while you're probably not going to feel inclined to continue to revisit this one in particular (not least of all because the embiggening gimmick completely steamrolls the key-and-lock mechanic), it's as comfortably enjoyable as any of the other, many attempts to fix what wasn't broke.

Helpful tip: The recently-announced Pac-Man Museum+ compilation, scheduled for release early this year, will feature Super Pac-Man alongside roughly a dozen other Pac-Man games, so

What's this? A remaster of an obscure, cartoonish 2D fighting game, originally developed by a small group of Italian teenagers dubbed "Nasty Team" and barely released in 1997. Helmed by the original programmer, this new version updates the game with many bug fixes and glitches, including the re-implementation of moves that went unfinished or simply didn't work properly in the original release. (This Switch release follows an Xbox release from a few weeks ago, and there are PlayStation and PC releases due in the not-too-distant future as well.)

Why should I care? Fight'N'Jokes' visuals far exceed the standard of the typical '90s European PC fighting game (and not just because they clear the ankle-high bar of not being Capcom/SNK sprite edits), and by many accounts it's actually reasonably playable to boot.

Helpful tip: The developer is promising updates that'll add GGPO rollback netcode and cross-play functionality in the near future, and from the sounds of things, an early access test for both features on PC is imminent, so it really may not end up being too long before these features are implemented across all platforms.

Freddi Fish 3: The Case of the Stolen Conch Shell & Putt-Putt Travels Through Time 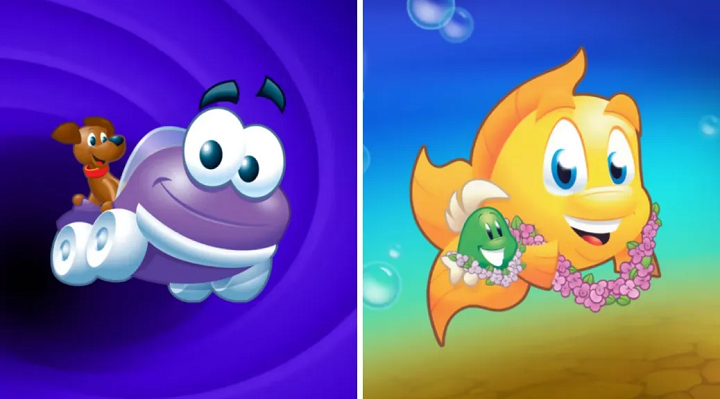 What're these? Ports of two of the many beloved edutainment adventure games produced for PC by Humongous Entertainment during the '90s and early '00s, with these particular games originally hitting shelves in 1997/8; much like the relatively recent reissues on Steam and smartphones, these ports are, to my knowledge, essentially just the original files running via the ScummVM 2.0 interpreter.

Why should I care? I've had zero direct contact with any of these games and know of them only via their ties to LucasArts alum like Ron Gilbert, so while I broadly understand that they were renowned for their atypical level of crafstmanship and lack of condescension towards their targer market, I couldn't begin to tell you what makes them uniquely fun or whether today's young children might have already advanced beyond them.... so, I suppose the answer to the question might just be: nostalgia?

Helpful tip: Apparently, Freddi Fish is currently in a very broken state with virtually no functional audio, so yeah, you might want to hold off until it's been patched once or twice.

What's this? A remaster of an influential side-view robot action game, originally written from the Japanese Sharp X1 microcomputer by hobbyist dev Geppi and published in the computer magazine I/O in 1984, with multiple conversions to other computers, as well as an expanded commercial version, produced soon thereafter. This new release, produced by micom veterans Mindware, includes enhanced ports of both the original magazine-submitted X1 version and the commercial X1 version, along with a full stage editor and a new, significantly remixed arrange version built to the spec of a certain 16-bit video game console.

Why should I care? You want to experience one of the very few original action games from this era of microcomputer gaming that genuinely didn't require much touching up to be made playable to a modern audience... or, you just want to go hands-on with the game that Treasure shamelessly sought to homage with their own Bangai-O series.

Useless fact: WING✰, composer and arranger of the arrange mode's new FM music, might be most notable to international audiences for his work on the audio of the recent Darius Extra MD cartridge release. 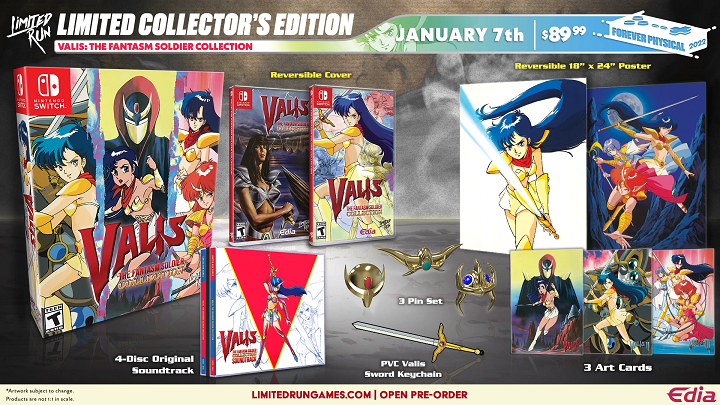 After a successful crowdfunding campaign and a surprisingly popular release in Japan at the end of last year, Limited Run Games is bringing this collection of games in the seminal anime-girl action series Valis (specifically, the PC Engine versions of Valis, Valis II & Valis III) to international audiences in both standard and collectors edition packages, both of which are adorned with reversible covers bearing some of the classic hide-the-anime-at-all-costs North American box art that you may or may not have learned to appreciate, as well as a 3LP vinyl soundtrack set containing select tracks from all three games. (While exact details have yet to be announced, this collection will be getting an international digital release at some point, too.)