2022's finally kicked off in earnest, dear readers, with a handful of long-awaited re-releases, most notably the first-ever reissue of the original SNK vs. Capcom: Card Fighters Clash, which many would argue was the Neo Geo Pocket Color's greatest game, and those who only played the terrible DS sequel might struggle to believe. 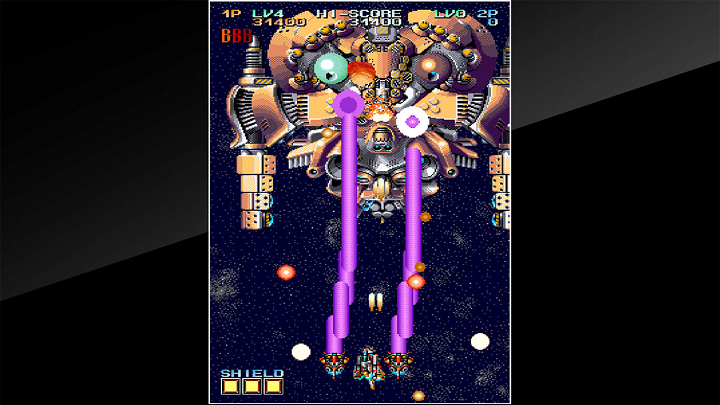 What's this? A hard-edged sci-fi vertical shooting game, developed by NMK and distributed in arcades by Tecmo in 1993; Gunnail distinguishes itself from the other post-Toaplan shooting games of the era via a scoring system that rewards the player with a higher score multiplayer when playing with no life points in stock, which can potentially lead to massive, screen-engulfing x100 multiplier bonuses.

Why should I care? While it bears many of the did-anyone-playtest-this hallmarks that have come to define NMK's shooting game output, a simple survival-based clear is deceptively easy when compared to their usual standards, and the music and pixel art for this game in particular put it on par with the best of its contemporaries.

Helpful tips: One of Gunnail's most infamous features is the loud and incessant Baby-Mario-crying-esque beeping that players are forced to listen to whenever they're at zero health (ie all the time, if you're playing for score); this version does allow you to disable the zero-health sound effect, but as is customary with Arcade Archives, it'll keep you from submitting scores to the online-enabled modes.

What's this? An RPG with a fantastical Japanese mythology motif, originally distributed on Japanese feature phones by G-MODE in 2009; players must tackle procedurally-generated dungeons on a quest to rescue the main character's brother from falling into darkness, gaining godly abilities and uncovering, battling and eventually summoning the Japanese pantheon along the way.

Why should I care? You're content to play for the story, the battles and the surprisingly involved process of encountering optional content, and not the incredibly modest '00s-era phone approximation of random dungeons.

Useless fact: Of all the RPGs that have hit G-MODE Archives, this is the first one I've seen absolutely no buzz for, positive or negative. It's a fine game! Surely someone cares?

What's this? The cult SNK/Capcom card-battling RPG nobody knew they wanted, originally released for the Neo Geo Pocket Color as two separate games (an SNK version and a Capcom version, naturally) in 1999; this emulated reissue includes both versions with separate save data and allows you to trade and battle between them at will, as well as offering both the Japanese and English ROMs (which are not cross-compatible).

Why should I care? Putting aside the raw appeal of the crossover, Card Fighters Clash offers a compelling virtual TCG with a ruleset that's quicker to learn than some of its digital contemporaries without necessarily feeling simple or watered-down, atop a simple but engaging RPG-esque structure and boasting some of the system's finest presentation — if there's one Neo Geo Pocket game that non-fighting game fanatics in particular ought to play, it's this one.

Useless fact: The SNK version of this game was overwhelmingly more popular than the Capcom version in Japan, and even now, the Capcom version is significantly cheaper on the second-hand market. (While there are a very small handful of cards exclusive to each version, the two variants are primarily differentiated by drop rates, with the SNK variant more likely to give SNK-themed cards and vice-versa.)

What's this? A manic vertical shooter with a throwback "flying saucer" sci-fi aesthetic, originally developed by hobbyist-turned-pro dev team Qute for the Xbox 360 and released exclusively in Japan in 2011, with a PC version released worldwide in 2015; this new Switch port boasts a few little perks like the elimination of mid-stage loading screens and the addition of an option for a remastered soundtrack option alongside the original and arranged music, and it once again includes ports of the main developer's award-winning Wonderswan homebrew games Judgment Silversword and Cardinal Sins — included as part of the standard X360 package, but segregated from the PC port as additional purchases — alongside the main game. (This same port will be coming to PS4 at some point, too, but not for a while yet.)

Why should I care? Eschatos was one of the most exciting original shooting game releases of its generation and time has been extremely kind to it — it's dynamic, relentlessly paced and not at all afraid to take advantage of its polygonal makeup via dramatic camerawork or occasional and (mostly) unobtrusive changes in perspective, and the game design subsumes a lot of the more modern shooting game conventions into a more classic style of game, while also featuring a selection of varied play modes and a gradual series of unlockables to reward players for persevering, not to mention a phenomenal retro soundtrack by Yousuke Yasui (who you might know as the guy who composed that one insane chiptune for a DS English training game that seems to buzz every other month). Those Wonderswan games are no throwaways, either.

Useless fact: This release isn't the first instance of Wonderswan games being reissued on Switch: a certain Japan-only SD Gundam game came with an emulated SD Gundam Wonderswan game as a pre-order bonus.

What're these? A remaster of Acclaim Studio Tennessee's ambitious 3D action-adventure adaptation of the Valiant Comics property of the same name, originally released for Nintendo 64, Sega Dreamcast and PC in 1999, as well as a compromised port for Sony PlayStation; powered by Night Dive's signature "KEX Engine", this remaster not only overhauls the game with modern rendering enhancements and post-processing effects and redone textures/UI but also features revamped controls and enemy behavior, remastered and new additional music and audio by the original composer, re-ordered and altered stage layouts and the implementation and even fresh construction of three additional stages and a multitude of enemies, weapons and animations, among other changes.

Why should I care? As always, Night Dive's taken it upon themselves to alter the game however they saw fit, so some of the more dramatic changes may not be preferable to those looking to experience the game in a more authentic fashion, but it could very easily be argued that the alterations to the original, unflattering Legacy of Kain-meets-Zelda-meets-Tomb-Raider melange bring it closer to the intended experience, or at least the the vaguely positive memories held by those who don't remember how the original game felt to control. (If you're a PlayStation owner, you might also appreciate the simple fact that you're getting a Night Dive release at all.)

Helpful tip: This remaster hit PC almost a year ago and I feel like I may have forgotten to mention it here at the time, so... surprise!

After months of teasing, Limited Run Games' physical run of Castlevania Requiem — the Rondo of Blood/Symphony of the Night two-pack excised from the PSP Dracula X Chronicles and emulated on PS4 — is now upon us, and it scales from the standard $35 version to a massive collectors box with all sorts of trinkets, including a box modeled after Symphony's mindblowing three-dimensional save room coffin. (LRG's also offering a selection of anniversary goods including shirts, pins, playing cards and more.) 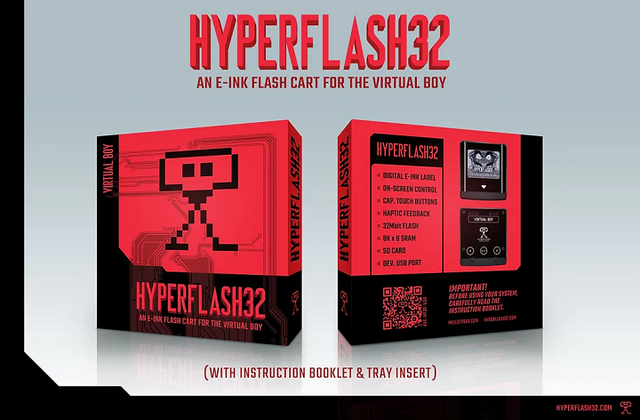 You have two options, Virtual Boy owners: grab this flashcart while you can, or go on playing Virtual Boy games on authentic hardware that aren't Bound High like a goddamned sucker.