I feel like this roundup should be prefaced with an address to some news that you've undoubtedly been made aware of by now: Nintendo has announced that they're ending the Wii U and 3DS eShop services in March of 2023, with direct payment methods being sequentially phased out from as early as May of this year, so before all else, you may want to focus on shoring up your old libraries while it's still fresh in your mind (and yes, I'll have my own must-haves lists ready for all y'all, just as soon as I'm done dying from the plague). 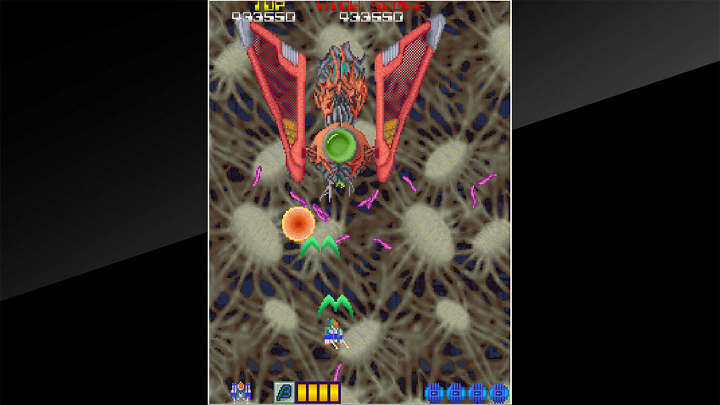 What's this? A vertically-scrolling shooting game with a mecha-insectoid motif, originally released in arcades by Namco in late 1989, with an arranged conversion released for the Japanese Sega Mega Drive a year later. Dangerous Seed's most notable gimmick is its Alpha/Beta/Gamma ship system — the player is given control of three distinct ships and will switch to the next ship in sequence when one is destroyed; losing all three ships leads to a game over, and progressing into the latter half of the game will cause your remaining ships to merge into one powerful ship for the final assault.

Why should I care? This is another Namco arcade game that has been ignored by previous reissue initiatives, and those who've stumbled over the Mega Drive game might be interested to compare and contrast just how many tweaks were made for the home version (most of which would be generally considered to be for the better, I'd wager).

Helpful tip: If you want to stand any chance of survival, you need to clear the first half of the game with the weak Alpha ship, so as to acquire the complete three-part ship for the final stretch, as the two-part Beta/Gamma ship really can't hack it. (Starting another credit during the latter half of the game will start you with the complete ship, but continues are disabled towards the very end of the game, so you can't rely on them forever.)

Why should I care? Ubisoft's taken a scattershot approach to porting classic Assassin's Creed games to Switch but with this collection, they've finally made it to the games that represent the series at peak saturation, as well as the ones that people seem to have the least issues with, so if you've never touched any of the traditional games or want to revisit them without jeopardizing any lingering affection you once had for this series, this would be the place to dive in.

Useless fact: ACII's the only game on the physical card, so you'll have to download the other two even if you buy physical.

What's this? An emulated reissue of the somewhat obscure Super Famicom Kunio-kun entry Shin Nekketsu Kouha: Kunio-tachi no Banka, dressed up here to emphasize its ties to WayForward's recent popular gaiden title, River City Girls; in addition to offering a translated version of the original game with Kunio- or River City-flavored scripts, this version also includes a new animated intro, interstitial comic-style cutscenes and additional music, all with the River City Girls aesthetic.

Why should I care? This particular Kunio-kun game was one of a very small handful of follow-ups that tried to adhere to the less silly and more straightforward tack established by the very first arcade game and as such, it may not feature nearly as many of the signature systems or gimmicks that one might expect coming from River City Girls or even River City Ransom, but that not-entirely-intentional misalignment is something that both River City Girls and River City Girls Zero don't shy away from, for better or worse, so maybe your expectations have already been sufficiently tempered.

Helpful tip: This game is coming to other consoles and PC later in the spring... and, given the many bugs and certain contentious localization decisions, you'd be remiss for thinking the Switch version might be the paid beta for the others.

What's this? Crave Entertainment's answer to Final Fantasy VII, released for Sony PlayStation in North America in 1999 and Europe in 2000, and now on your personal computer courtesy of whichever emulator Piko's decided to drop the ISOs into.

Why should I care? From the looks of things, this re-release doesn't also include the Jade Cocoon demo disc, so perhaps you shouldn't. Honestly, I've never touched it and never heard a single nice thing about it beyond it being written as tastefully as a Working Designs game, so interpret that however you like.

Useless fact: This game was not only produced but co-written by Ted Woolsley, localizer of many a Square-Enix RPG and his final work after Super Mario RPG. What a way to go, eh?

WHAT THE HELL, THEY ACTUALLY UPDATES THIS 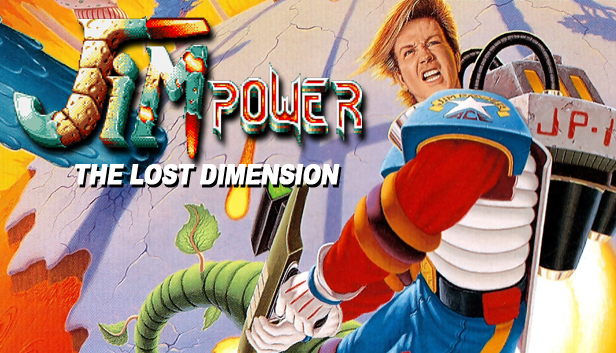 Long, long ago, Piko Interactive pledged to update their reissue of the SNES and DOS versions of Loriciel's notoriously motion-sickness-inducing platformer Jim Power: The Lost Dimension in 3-D with two fresh versions: a gussied-up version of an unreleased prototype Mega Drive conversion, as well as a brand-new, from-scratch NES conversion... and, what, four(?) years on, they've finally gone ahead and done just that. You might even enjoy the NES version, if only for a little while. 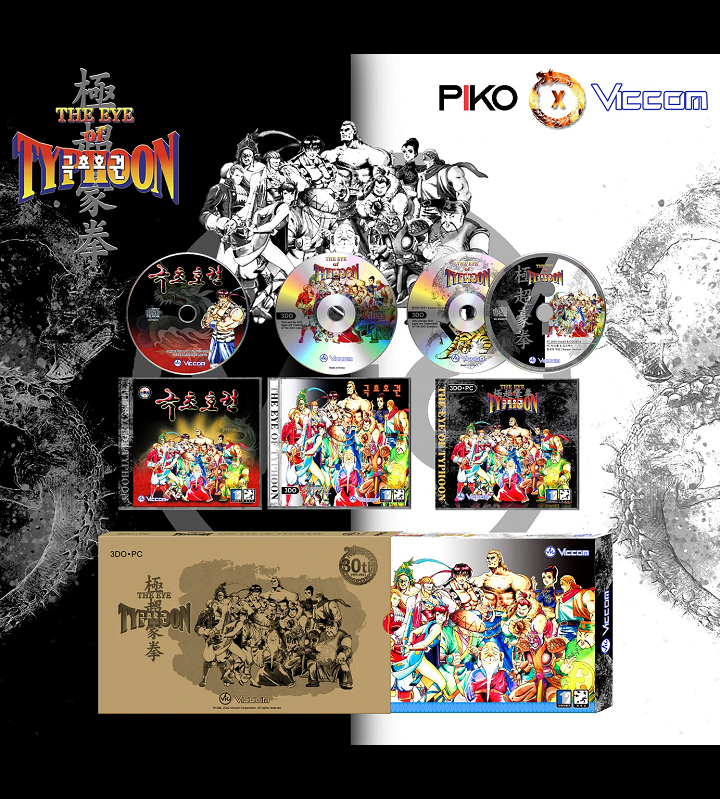 South Korean company Viccom is best known internationally for two things: one, being the namesake of a beloved SNK character via their now-deceased president, Kim Kaphwan, and two, a pair of internationally released but ultimately ill-regarded fighting games, the first being the globally-released Fight Fever and the second being a PC/3DO sequel of sorts, known as The Eye of Typhoon, whose official release was ultimately confined to South Korea. Now, in anticipation of Viccom's 30th anniversary, the brand was resurrected by the former president's son, Kim Jhun-Hoon (yep!) and they're offering a deluxe reissue of their second fighting game, not just so collectors can get their hands on an official English version but as one means of financing an announced remake for PC and modern consoles. This package includes English and Korean versions of both versions of the game alongside other goods like a voucher for the impending remake and a translated strategy guide. Are we seeing the beginnings of the redemption of one of Korea's earliest fighting game developers?