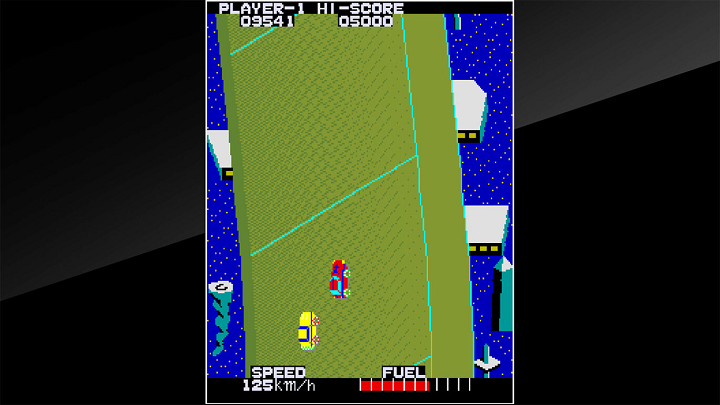 What's this? A vertically-scrolling overhead racing game, developed and distributed in arcades by Taito in 1983 and never reissued until now; this game borrows the fast-scrolling, traffic-dodging formula of Data East's Bump'n'Jump with a few twists of its own, the most prominent being the heavily sloped tracks with heavy banked turns, as well as an end-of-stage sequence in which the player launches themselves over a massive jump and lands via parachute.

Why should I care? This is the first Arcade Archives release in a minute that I'm completely unfamiliar with, so search me.

Useless fact: Taito Milestones, the recently-announced Hamster/Taito collaboration compilation for Switch, was released in Japan today, and with it came news that it'll be the first in a series, so Highway Race seems like an obvious candidate for the next collection.

What's this? The ultimate N64 Zelda game, built off the back of the monumentally-successful Ocarina of Time in a little over a year and originally released as an Expansion Pak-exclusive game in 2000, with later emulated reissues produced for GameCube, Wii and Wii U, as well as a 3DS remake in 2015.

Why should I care? In recent years, Nintendo's blathered endlessly about "challenging the conventions of Zelda" without ever really acknowledging that they'd already taken, and walked back, the most audacious paradigm shift the series has seen and possibly will ever see again, especially after the public reception to Wind Waker irreparably shattered the team's self-assuredness.

Helpful tip: Among the remake's many changes are alterations to the game's signature real-time play structure that make it more accommodating to time-conscious players, but just being able to save state the N64 version might be an adequate enhancement for many, I'd wager.

What's this? The last of the six classic Final Fantasy "pixel remasters" announced last year; as with the other recent remasters, FFVI offers newly-arranged and embellished music (including a fully-voiced rendition of the opera scene in multiple languages), a bestiary, sound player and art gallery, an auto-battle feature, some mechanical tweaks (including much more forgiving Blitz inputs for Sabin) and, as indicated by the title, a visual overhaul that purports to reshape the pixel art so as to more truly reflect the original intent of the artists.

Why should I care? Of all the pixel remasters in this series, FFVI's visual reinterpretation is certainly the most bold, to the point where certain scenes completely eschew any pretense of "remastering" the original visuals so much as completely remaking them, but I suppose this more aggressive approach is probably what most of y'all want deep down, anyhow. (I could be wrong but it seems they've color-balanced the visuals using the super-bright GBA port as a reference, so do remember to turn down the in-game brightness a tad to compensate.)

Helpful tip: No, the intro's not broken, Square simply decided that the minutes-long credits crawl would be better without actual credits.

What's this? An overhead single-screen racing party game for up to five players, originally developed and published for the PC Engine Super CDROM by Masaya in 1992 and later reissued on the Japanese Virtual Console. This reissue, handled by emulation workhorses Ratalaika Games, features an extremely similar feature suite to their recent Mega Drive/SNES releases: save states, rewind, button mapping, various screen settings/shaders and some small game-specific options, like the ability to set screen-relative or screen-absolute turning controls for your vehicle.

Why should I care? This isn't a game with a lot of single-player longevity, nor is it particularly representative of the other games in the series — it's the third of three games, with the far more popular earlier entries being less Super Sprint and more Micro Machines — but it does indicate that emulated reissues of PC Engine games might become more commonplace, beyond Konami's purview.

Useless fact: Moto Roader MC was the last PCE game ever released for the Wii U Virtual Console, a little over a month after the release of the Switch. 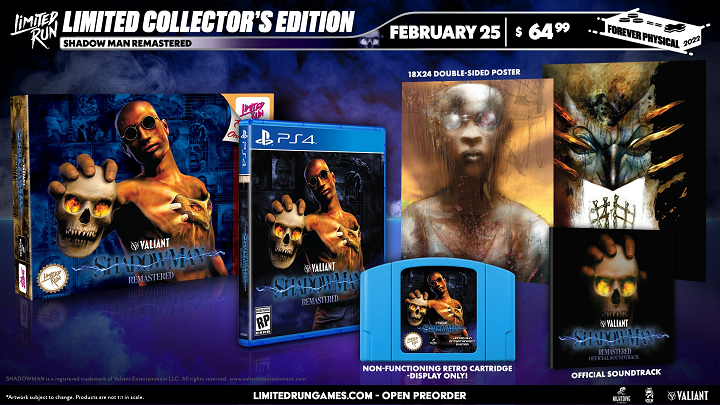 Acclaim's would-be rival to Legacy of Kain was not only recently ported to a new generation of consoles but also substantially reworked and fleshed out with a large amount of newly-incorporated cut content, so if you missed the boat, now's your chance to pick up a physical version for your non-Activision console of choice, including a surprisingly reserved collector's edition that includes, among other things, a (non-functional) replica N64 cartridge shell.