Here we are at, what, a third week of regular, consistently-interesting Nintendo Switch Online updates? Have these updates gone from mere coincidence to reliable trend? Could next week be the week that the world is finally delivered... iunno, Aidyn Chronicles: The First Mage? 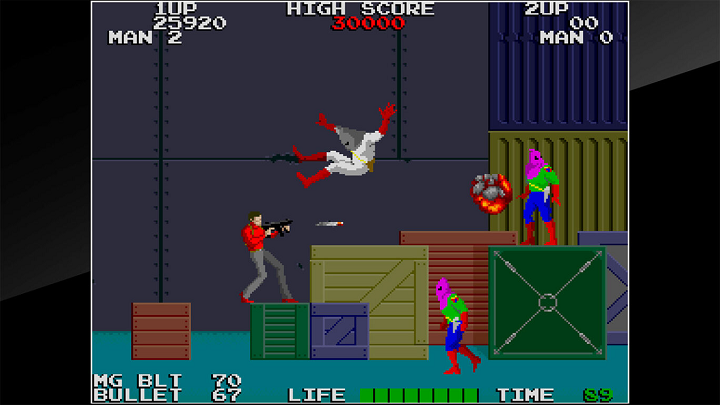 What's this? A side-scrolling action game set in a hard-edged universe reminiscent of '60s spy flicks, originally developed and distributed in arcades by Namco in 1986, with a Famicom/NES conversion produced in 1989 and various direct conversions or emulations of the arcade game released from the late-'90s onwards. The player-character, code-named "Albatross", is armed with a gun that can be fired from a standing or crouching position and which uses finite ammo that can be replenished by entering doors around each stage, and can also perform a high jump to access the upper tiers of the stage; colliding with enemies will reduce a significant amount of health, and being shot is near-universally fatal.

Why should I care? You want to experience Namco's first big shift from the cute and abstract to the adult, or you just want to revisit the game that set the template for a short-lived subgenre that includes the arguably-more-beloved Shinobi.

Helpful tip: While you can find both the arcade version and the NES/Famicom version of Rolling Thunder on recent Namco collections, the ACA version exclusively features three different ROM variants — the original arcade release was very rushed and was revised multiple times in order to add or significantly adjust the game's content and balance, and other arcade-based reissues have centered on one specific later version that largely conforms to the international arcade ROM, so this is the first time some of these now-scarce older variants have been playable at home.

What's this? A spinoff to Jaleco's hybrid shooting/strategy arcade/Famicom game Field Combat, originally released in 1985 and resurrected on Japanese feature phones via the Jaleco Garesso service in 2007; this version borrows the same basic game system of the arcade game but takes the already-odd "military+UFO" setting of the original game and thrusts it into the world of Romance of the Three Kingdoms, with hundreds of recruitable military units from Chinese history.

Why should I care? Field Combat was a game before its time, and this is exactly the sort of oddball feature-phone remix that ought to be preserved, if only so people can look back on it and think, yep, someone actually did that.

Useless fact: Among this game's many, many recruits are a good handful of characters who not only reference Jaleco's pantheon but have explicit ties to the crossover universe established by the shooting game Game Tengoku.

What're these? A Sunsoft-crafted, home-exclusive sequel to Sega's beloved cute-em-up and a pair of Treasure classics, one being an ambitious challenger to the isometric action-RPG throne held by Landstalker, and the other an unapologetically hardcore run-and-gun designed to push the Mega Drive to its absolute limit.

Why should I care? Despite being a compilation staple and the work of a darling Genesis developer, Light Crusader has never quite gotten its due, so this is yet another opportunity for wider reappraisal. Super Fantasy Zone and Alien Soldier, on the other hand, were never given cartridge releases in North America and, for a variety of reasons, are not omnipresent among Genesis/Mega Drive reissues, so I imagine this will be the avenue by which a lot of people experience them for the first time... in which case, strap yourselves in, because Sega's throwing y'all some bangers.

Helpful tip: Super Fantasy Zone's original music is great, but if you'd rather play with the original arcade music, hold A+B+C on the title screen and press Start to switch the the classic soundtrack.

What's this? A ROM-in-an-emulator reissue of the Eurocom-developed SNES brawler based on the little-known cross-media IP of the same name, originally released in North America in 1994; barrel-scrapers Piko Interactive were able to acquire the entire IP and recently kickstarted a suite of Stone Protectors-related projects, including a DVD box set of the short-lived cartoon.

Why should I care? The recent TMNT Cowabunga Collection announcement has given you a hankerin' for some real goddamned trash.

Helpful tip: Piko also legally acquired the unreleased Genesis version of this game and committed to producing physical cartridge versions as part of their recent crowdfunding game; naturally, the ROM for this version had been dumped online some ten years ago, so it's not at all hard to find, should you choose to go looking for it. 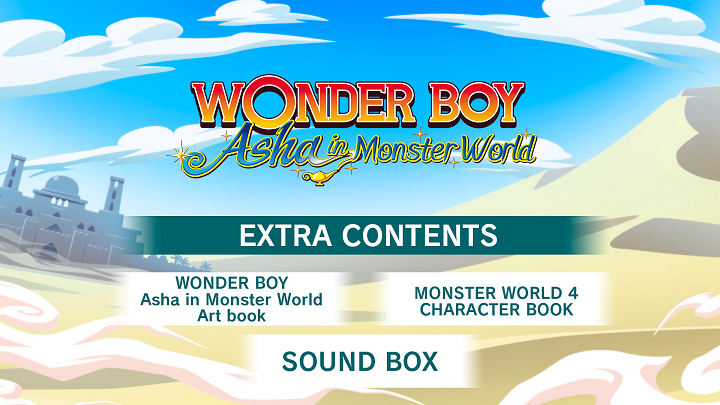 Available exclusively for the PC version, this DLC pack for the recent Monster World IV remake offers digital versions of the physical material that was previously only exclusive with the deluxe Japanese console packages, which include an art book for the remake as well as a reprint of the doujinshi book produced for the Mega Drive game by original artist/designer Maki Ohzora, as well as some new arranged music from series composer Shinichi Sakamoto. Unfortunately, the digital art material remains untranslated, but what can ya do (aside from, y'know, simply not buying it). 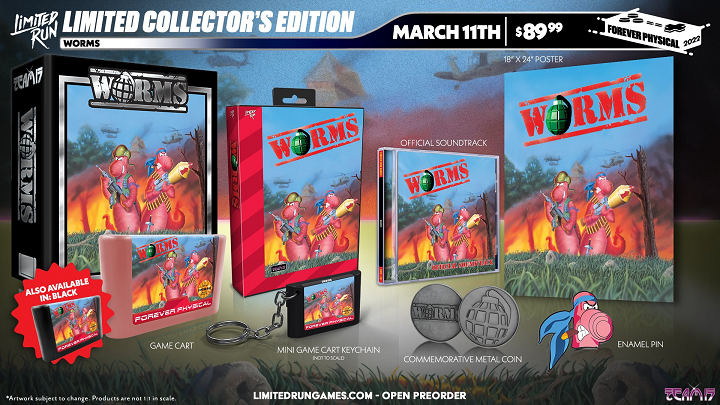 Off the top of my head, none of these console conversions of the original Worms were officially released in North America, meaning this will be the first opportunity for a lot of people to grab a physical copy for their collection, as well as yet another reminder that the basic Worms formula is incredibly resistant to being screwed up, either by inelegant design choices or, as in the case of these ports, quick conversions for lower-spec hardware made under severe time constraints.