Yet another relatively barren week for classic reissues... it's almost as if people knew not to even bother going toe-to-toe with the new Kirby game. (Obligatory not-classic game release heads-up: Andro Dunos 2, the somewhat inexplicable sequel to the little-playerd Neo Geo shooting game, coming to your console of choice tomorrow and, at some indeterminate point, to both the Sega Dreamcast and the 3DS... presuming Nintendo hasn't already pulled the plug, anyhow.) 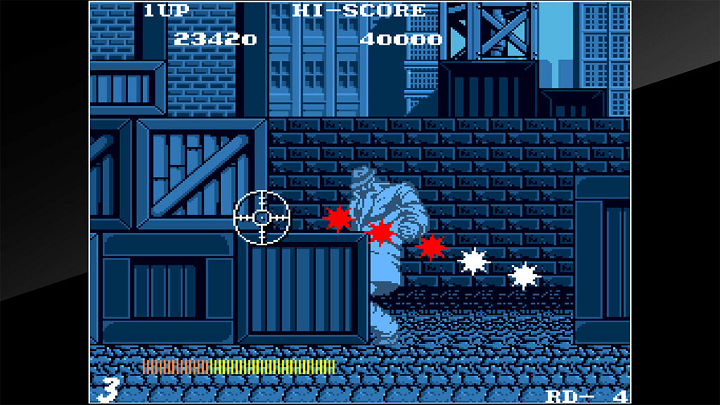 What's this? A mobster-themed first-person shooting game, developed by Seibu Kaihatsu and distributed in arcades by Taito in 1986, with Japanese conversions for the Famicom and MSX (under the title Magnum Kiki Ippatsu: Empire City: 1931) and international conversions for various microcomputers (under the title Prohibition) released the following year. Using the joystick, the player moves a crosshair around the screen to not only aim and shoot at enemy mobsters but to scroll around each location by pushing the edges of the screen; the player will lose a life if they're either shot or run out of ammo, and they can attempt to dodge enemy fire by pressing the dodge button in the split second before the enemy shoots at them.

Why should I care? You want something less frantic and just a little more cerebral than contemporary games like Operation Wolf, and you fully understand that this is not and never was a lightgun game.

Useless fact: This game was the first entry in an unofficial trilogy of crosshair shooting games that would eventually push Seibu Kaihatsu to the brink of bankruptcy and force them to rush out an unassuming vertical shooting game named Raiden in an attempt to allow the company to tread water. It, uh, worked. 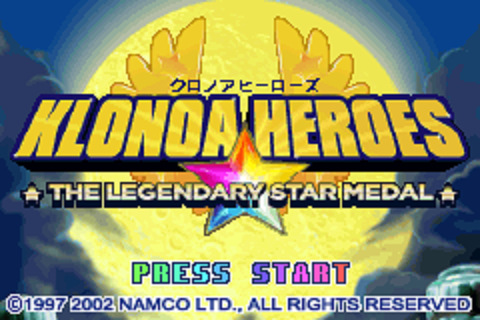 The final original Klonoa game was not only a departure for the series, ditching the original setting and side-view gameplay for a new overhead action-RPG setup vaguely reminiscent of Namco's Legend of Valkyrie, but it was also released exclusively in Japan, with fan translation efforts being a stop-and-start affair for the better part of two decades, but now there's a complete fan translation for people to sink their teeth into before the Klonoa Encore remasters show up in a few months. 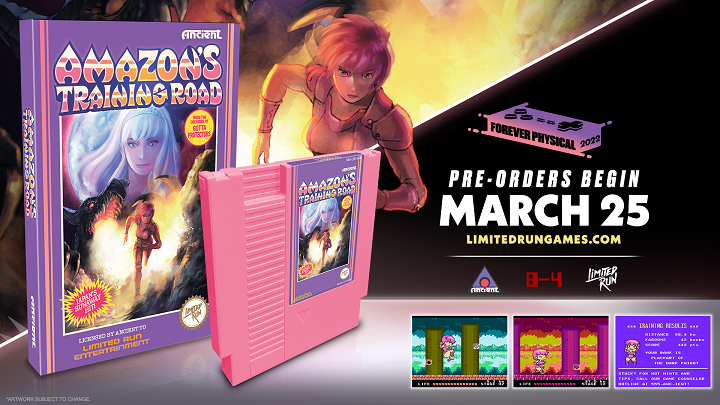 Retronauts veterans might recall the free ROM release of Amazon's Running Diet, the authentic NES/Famicom minigame developed by Makoto Wada, member of legendary composer Yuzo Koshiro's game studio, Ancient, and creator of their cult indie series Protect Me Knight/Gotta Protectors, which was developed and released several years ago as a test of the NES' sprite-handling capabilities (and if not, you can read and watch Jeremy's impressions here); several years later, that erstwhile minigame has not only been upgraded and expanded but is getting a fully-fledged cartridge release from Limited Run Games, completely with authentically misleading cover art from Ayano Koshiro. (This release is coming in tandem with the latest Gotta Protectors game for Switch, which I'd also implore people to check out.)