Forgive the lateness of this post, dear readers — turns out the plague isn't great for productivity. Who knew?

What's this? A large-cabinet, pseudo-3D space shooter, originally developed and distributed in Japanese arcades by Namco, but never ported or reissued on home platforms until now; the game's conventional shoot-and-dodge action is augmented through the use of a 360-degree analog yoke for movement and an accelerator pedal, both vestiges of the game's origin as a replacement game for existing Pole Position cabinets. (The Arcade Archives version features the option to use new BGM by the game's original composer, Norio Nakagata.)

Why should I care? At the time of Thunder Ceptor's release, it was far and away the most technologically-advanced game Namco had released, so while it stands to reason that it wasn't ever ported to contemporaneous home platforms, a modern reissue has been a long, long time coming, (It also represents a first for Arcade Archives, as it's the first ACA title with analog controls.)

Useless fact: Thunder Ceptor was succeeded in arcades by a stereoscopic 3D-equipped revision, but I can't imagine that version will ever make it to Arcade Archives.

What's this? Sega's fourth-wall-breaking comic-book action game, Capcom's touched-up ports of the classic Mega Man trilogy, the first entry in Masaya's influential, cinematic mecha action games and a Toaplan arcade port that came to be immortalized via one of the earliest internet memes.

Why should I care? THE MEMES, JACK

Helpful tip: For those who missed it, Target Earth was remade in the style of its successor, Cybernator, and released on PS4 and Steam under its original Japanese title, Assault Suits Leynos.

What're these? The first batch of Psikyo arcade shooting game ports for PS4 & XB, which finally made it over after hitting Switch and PC some years back; these initial games include the first entry in the seminal military-themed Strikers series, the peculiar horizontal fantasy melee-action autoscroller Sol Divide and the stoic and intense dragon-riding vertical shooter Dragon Blaze. (As of this writing, Dragon Blaze hasn't gone live on the Xbox store for whatever reason.)

Why should I care? The earlier versions of these ports were met with a lot of criticisms, with input lag in particular being a constant issue, and given that the PC version demonstated that a lot of said lag was caused by v-sync, I can't imagine these new console ports are much more responsive... but, I haven't tried them, so here's hoping. As for the games themselves, Strikers 1945 and Dragon Blaze are admirable bookends to the Psikyo shooting oeuvre, and Sol Divide... well, bless 'em for trying, I guess.

Helpful tip: These three releases form half of the first of two Japan-exclusive physical Psikyo collections for PS4, the first of which came out this week and the second of which will be out at the end of July; the developer also intends to release all twelve Psikyo ports as one pack for PS5 at some point.

I MISSED THIS LAST WEEK

The ultimate version of one of SNK's most beloved fighting games, recently enhanced with Code Mystics-powered rollback netcode, lobbies and spectator mode, made a surprise drop onto PS4 last week... it's almost as if they were trying to distract people from a universally-reviled announcement concerning NFTs, or something.

id Software's short-lived dalliance with Wizardry-style dungeon crawlers began with the 2005 mobile game DOOM RPG, and while successor titles like Wolfenstein RPG and Orcs & Elves were able to find a little more longevity due to differing target platforms, DOOM RPG has languished in forgotten mobile game purgatory for over fifteen years... but, as always, the fans done did what id don't. (You will need to source your own DOOM RPG files from which to extract data, but they're not hard to find.) 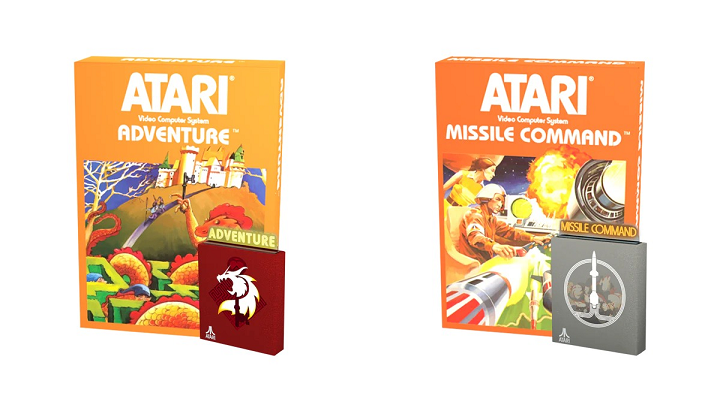