One big recent announcement that didn't make this week's roundup, dear readers: the Genesis Mini 2, a successor to the Genesis Mini that'll contain 50+ fresh Genesis and Sega CD games, available exclusively via Amazon to US customers... which I'll write much more about in the next day or so, as there's an imminent announcement coming concerning the Japanese version that I ought to wait for. Stay tuned! 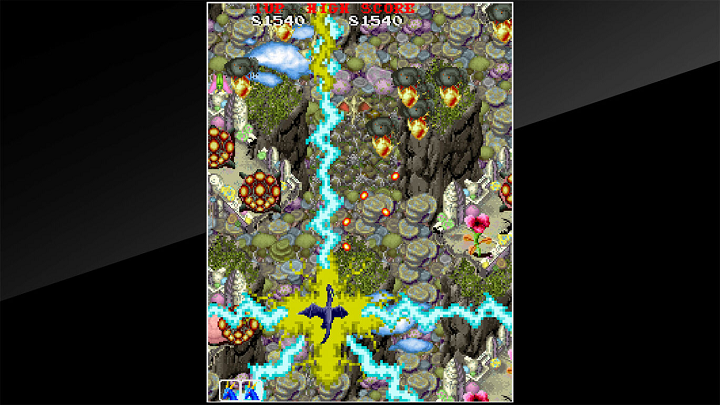 What's this? A vertically-scrolling shooting game starring a blue dragon in a futuristic setting, originally developed and distributed in arcades by Namco in 1990, with ports produced for PC Engine and PlayStation, as well as an emulated reissue via the Japanese Wii Virtual Console; this game takes the Xevious-with-a-dragon conceit of the original Dragon Spirit to a new level, with a new charge shot attack, more power-ups and significantly more detailed visuals and audio due to running on newer System II hardware, as well as support for simultaneous two-player co-op.

Why should I care? Dragon Spirit was a fine game that coasted on lookin' and soundin' real purdy, and Dragon Saber offers all the same appeal but with even fresher visuals and more detailed audio, as well as a significant increase in challenge that you may or may not appreciate.

Helpful tips: Firstly, it's worth knowing that the original game did support multiple hit points per life, a la Dragon Spirit, but the number of hit points was determined via DIP switch and is set to zero by default, so you may want to turn those on before you begin. Secondly, if you hold down the two buttons when starting the game, most of the BGM will be replaced with new arrangements of the BGM from Dragon Spirit.

What's this? The first of three cellphone-exclusive entries in the Shin Megami Tensei spinoff series Megami Tensei Gaiden: Last Bible, originally published for Japanese feature phones by Atlus in 2007; while this particular game heavily references and alludes to the original Last Bible game, it is an original game with a unique plot.

Why should I care? I've not played this particular game but my understanding is that the mobile entries in the series maintained surprising parity with their forebears in terms of content and scope, so if you're looking to play a SMT game with a slightly more conventional Dragon Quest-esque bent, this might be the game for you.

Helpful tip: You might know this particular series via the one game in the series that was released internationally: Revelations: The Demon Slayer, the Game Boy Color version of the original Last Bible for Game Boy; that game received an enhanced Game Gear version and was succeeded by two Game Boy sequels, a Game Boy tactics game and a Game Gear-exclusive first-person dungeon crawler, and the later DemiKids sub-series was something of a successor to Last Bible, made by many of the same people.

What're these? On the not-Japanese side: a Panel de Pon/Tetris Attack/Puzzle League game themed around the original Pokemon anime and never released in Japan; on the Japanese side, both the original game and the immediate, substantially-expanded follow-up to Noise's cult build-and-battle 3D robot fighting game series, Custom Robo, neither of which were released outside of Japan.

Why should I care? The offerings on both sides of NSO represent two of the better region-exclusive offerings from Nintendo's N64 library, and these particular reissues represent the first time any of these games have been officially equipped with online multiplayer, so those who weren't able to play them with friends in their previous incarnations may be able to enjoy these versions to the very fullest. (That said, NSO's N64 netcode isn't up to par with that of the SNES side, so those wanting to play Puzzle League online may ultimately be better served by the SNES app's Panel de Pon.)

Useless fact: Pokemon Puzzle League was a reskin of an authentic, unreleased sequel to the original Japanese SFC game Panel de Pon that would ultimately surface on the Japan-only Nintendo Puzzle Collection for Gamecube; in recent years, the original N64 build was located on a development cartridge by someone with ties to a former Nintendo Software Technology employee, but it seems they aren't interested in making it public.

Lizardcube's loving remake of this beloved Wonder Boy/Monster World title series title not only did a tremendous justice to one of the Master System's standout games but also kicked off a renaissance of Wonder Boy/Monster World remakes, reissues and extended-universe games... and, as it happens, no version of this game is present on the recent, widely-released Wonder Boy Collection, so now you can address that deficiency for the low, low price of nothing. 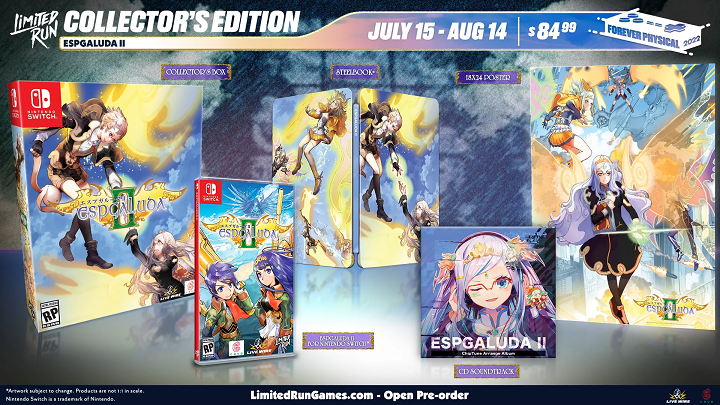 Of the three Live Wire-produced Cave shooting games ports released on Switch, Espgaluda II is the most obscure: none of the previous games ever came overseas, and this final game was only released internationally by way of an iOS conversion and still has yet to be released on PC or other modern hardware, so as of right now, it's one of the Switch's premier bullet hell offerings. LRG's collector pack includes a soundtrack CD, poster and steelbook, and those who were hoping for a mini-cabinet dock a la the Mushihimesama package can buy one separately