In a matter of just a few weeks, the Analogue Pocket has gone from expensive curio to... well, somewhat more practical expensive curio. It was always something of a niche product, as even within retrogaming circles it's either original hardware or cheap emulation devices, with the rise of things like MISTer remaining - in my humble, easily discarded opinion - somewhat on the fringe of the hobby. Does that seem fair to you? The only FPGA device I personally own is the Pocket; I was foolish and fortunate enough to secure one in the initial round of pre-orders, before the cheeky scamps at Analogue raised the already-high price. I was nursing a burgeoning interest in original Game Boy cartridges, a pursuit I've embraced with vigour, spending much of my previously-disposable Covid-19 income on those gorgeous little grey squares, rocking a succession of modified Game Boy hardware until I got my hands on the Pocket, which I am summarily in love with.

The point of this blog, though, is to take a good look at the bloody thing and assess whether it is actually worth your hard-earned cash. The big news, obviously, is that the thing can now run roms. Let's not beat around the bush here; if you're dumping your own games or not, I have no clue and don't care. While playing legit software via cartridge is the stated aim of the Analogue Pocket, the fact is now that the FPGA development kit or whatever it is has been made public. I don't understand the tech behind it, I know nothing of MISTers, just that it means ruddy sodding good emulation, or something. These "cores" are released to the public. You download them. You run them. And then you can play roms on your Pocket, and that's very good.

Cores for the Game Boy, Game Boy Colo(u)r, Game Boy Advance, NES, SNES, Neo Geo and Mega Drive are currently available, and being updated frequently. The Mega Drive one is rougher than the others, but new builds are constantly dropping. Some features are unavailable in some of the cores, but these will likely be patched. It's all very exciting, and the screen on the device is so rich and clear that it's a please to revsit classic games via the medium of community sharing.

But is it worth buying when something like an Ambernic device, an RG351P, can do all the same stuff, costs far less and requires nowhere near as much faffing. You can play anything up to PS1, essentially, immediately, and through a clear, concise interface. The Analogue Pocket has simplicity, yes, but it also costs hundreds of dollars more to do what is - ultimately - the same thing as any given retro handheld.

I, personally, love the Analogue Pocket as a device to play games on. The screen is the crown jewel, but I adore the D-pad, the clarity. I'm less keen on the shoulder button placement, but I rarely boot up anything that requires them anyway. Jumping between cores is very easy, and it's a pleasure to hold in the hands. It's essentially imitating a Game Boy Colo(u)r sort of form factor, which to me is the peak gaming shape.

But should you buy one? Hmm, simple answer really. If you can afford it, like I could at the time, and you want something very premium-feeling to play your carts and roms on, go for it. If you want pretty much the best experience you can get with legitimate cartridges, then splash out. If you just want to play games and don't care about or notice emulation accuracy, as 99% of people including myself almost certainly don't, then for the love of christ just buy a Retroid or something. The Analogue Pocket is not a casual play device, is it an extremely expensive premium object that essentially does the same job, only posher.

I will probably use my Analogue Pocket forever as my interest in video games regresses further and further into my only liking Game Boy games. It's coming, I assure you. I recommend the Analogue Pocket with the strong proviso that it is not an item for kids or for playing in the car, or whatever. You're better off with an RG351P or similar, in the case that you just want to play games. I'm repeating myself so I'll wrap this up; today I played Astro Boy: The Omega Factor on my Pocket via the community's GBA core. I value that experience. You be the judge of how much you want to spent to do something you can do on your phone right now in five minutes. Alright, cheers. 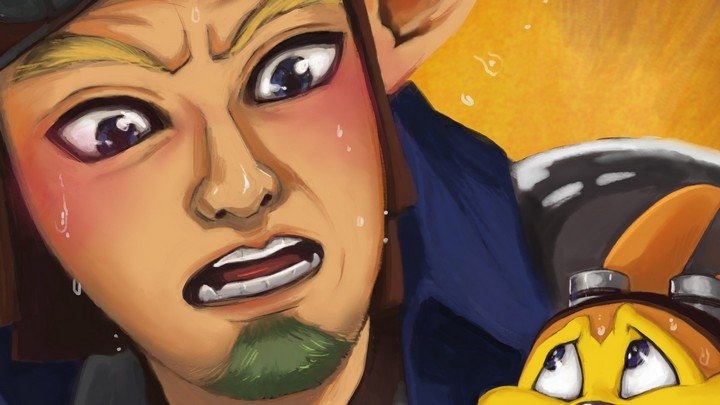