One might wonder if Touki Denshou ANGEL EYES deserves to be described as one of Hamster's most-anticipated Arcade Archives, but I would argue it's a description that's entirely warranted, not just because it's an absurd mishmash of mechanics and visual styles that work in spite of themselves but also because they announced it, like, two years ago. 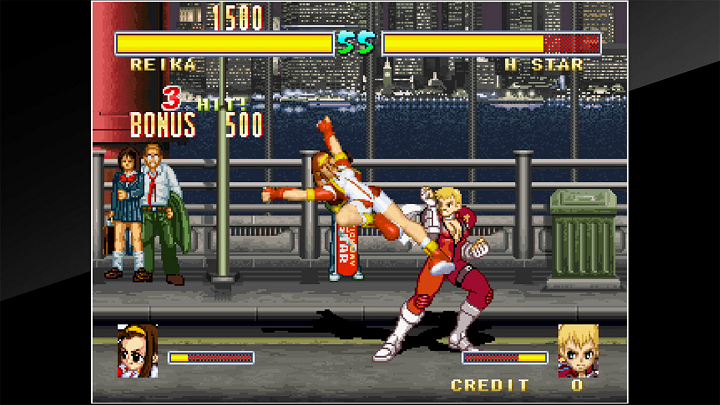 What's this? A lighthearted all-female 2D fighting game, developed and distributed in Japanese arcades by Tecmo in 1996, with a Japan-only port for Sony PlayStation released the following year; aside from the general wacky tone of the game and its characters, this game is infamous for its inexplicable combination of traditional pixel-art characters and pre-rendered CG characters. (Hamster's added a very basic training mode, accessible from the title screen.)

Why should I care? For one thing, it's the first traditional fighting game to hit the non-Neogeo side of Arcade Archives, believe it or not. Beyond that, Angel Eyes is beloved in certain circles for offering a mish-mash of very silly game systems, chief among them an extremely fast homing dash and a combo scaling system that makes successive hits do more damage instead of less, that lead to extremely frantic games that, in the right hands, can end in mere seconds... in other words, one might say it plays exactly how it looks.

Useless fact: This game was borne out of the cancellation of a Neogeo sequel to the Ninja Gaiden arcade brawler, of all things.

What's this? An out-of-nowhere port of D3T's remaster of Remedy's small-town horror-adventure game, originally released exclusively for Xbox 360 in 2010, on PC a few years later and remastered for current consoles and PC via Epic Game Store a year ago; this version contains all the additions and changes made for last year's remaster, which include the adoption of new higher-spec visual assets for certain elements including the player-character, a commentary track by writer Sam Lake and the implementation of the original game's downloadable content into the base package. (This port's said to run at 1080p docked/720p handheld, 30FPS on Switch, but believe it if and when you see it.)

Why should I care? I will fully admit to not having looked into the state of the remaster since it launched on other platforms but my understanding is that, beyond subjective complaints about Alan Wake's new face, this remaster had strange technical faults that one would not expect to be improved on Switch, so as always,you may want to wait it out for a few days before taking the plunge... but, in the event that the port's fine, you're looking at a very pulp-y, Americana-inspired take on a genre that, in the current era of horror games being cynical streamer bait, seems almost quaint in its reservedness.

Helpful tip: This remaster does not — and, from the sounds of things, probably won't ever — include the standalone XBLA side-game Alan Wake: American Nightmare. 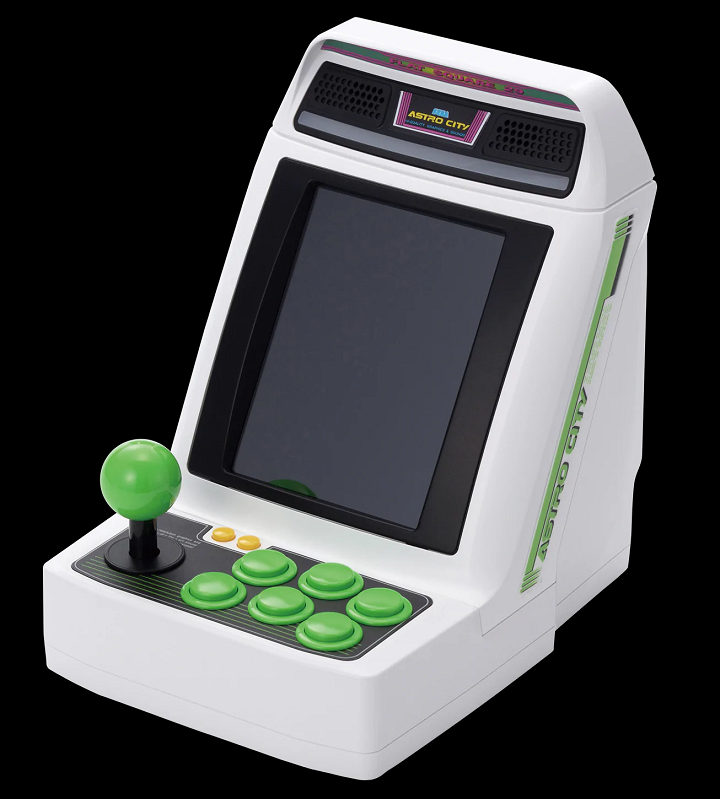 Sega Toys' shooter-centric, multi-publisher vertical-screen successor to the popular Astro City Mini mini-arcade plug-and-play was met with a rather chilly reception when it launched in Japan a few months ago, but for those who have no illusions about buying what may amount to an interactive paperweight, LRG's offering international buyers the chance to grab both the new version and the OG, which has been restocked after months of unavailability. (Two points of interest: one, LRG's version of the Mini V has an exclusive game — Super Zaxxon — that isn't present on the Japanese unit; and two, the unit's substantial input delay is even worse without the use of an AC adapter of at least 5V/3A, which needs to be purchased separately.) 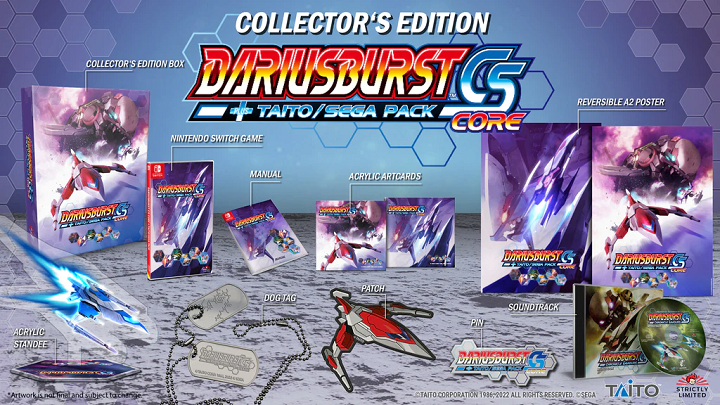 Annouced a couple weeks ago as part of Taito's "Darius Day" anniversary celebrations, and out next week on the Japanese eShop, is the latest in an increasingly complicated set of Darius ports: Dariusburst CS Core + Taito/Sega Pack, a port of specific console-exclusive modes carved out of the 2014 PC/PS4 release Dariusburst Chronicle Saviors, which itself was an expanded version of the arcade game Dariusburst Another Chronicle, recently ported to Switch as Dariusburst Another Chronicle EX+ as both a stand-alone release and a double pack with G-Darius HD titled Darius Cozmic Revelation. Capiche? (The "Taito/Sega Pack" part indicates the inclusion of Taito/Sega-themed DLC content from Chronicle Saviors, but that game also had Capcom, Cave and Raizing-themed DLC content that won't be included with this version.)

Originally developed as a new entry in the Kikikaikai/Pocky & Rocky series under license from Taito, Starfish's overhead run-and-gun ultimately released on PS2 and Wii in limited quantities as the original, unaffiliated title Heavenly Guardian/Legend of Sayuki and, in recent years, was brought to modern platforms as Snow Battle Princess Sayuki...and now, fresh off the success of Natsume-Atari's Pocky & Rocky Reshrined, comes a physical version of the Kikikaikai that wasn't (and still isn't, as mentioned all over the marketing copy). 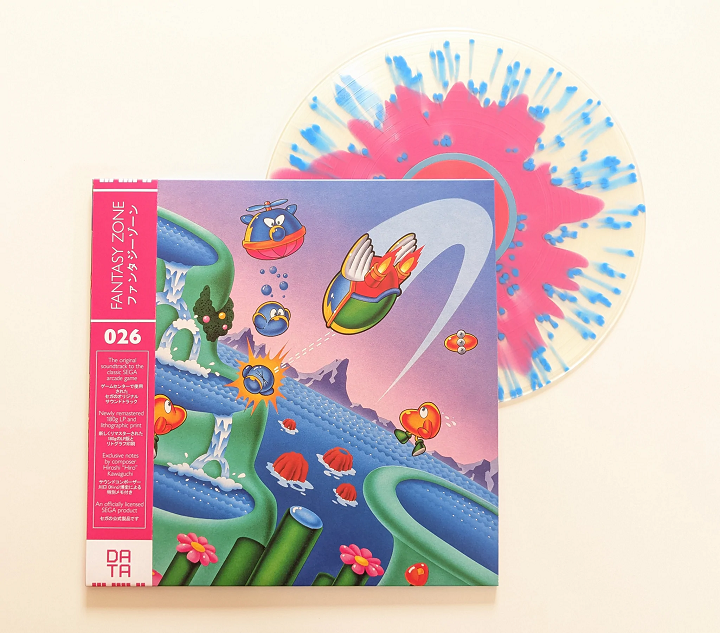 While it never seemed to find the same acclaim internationally as in its home country, Sega's free-scrolling horizontal cute-em-up Fantasy Zone remains one of Sega's most oft-ported arcade games, in no small part due to the enduring catchiness of the samba-infused soundtrack composed by the legendary Hiroshi "Hiro." Kawaguchi, which has now been freshly remastered for vinyl; this record includes a lengthy live-recorded medley and liner notes by Hiro., and will be available in black, pink and frosted clear with pink/blue splatter, as seen above.