All Together Then: Light Gun Games on PS1

Light-gun games are dead. Okay, they’re kinda alive and well in the arcades, but that’s it. Okay, you can buy a Sinden light gun, but I fail to see what the star of Doctor in the House has to do with shooting things (look it up, Yanks). I don't need no stinkin' light gun, anyway - I play with my computer mouse as no sane god intended. You can do the same using the popular emulators Duckstation or Retroarch, but don't forget to delete your roms within 24 hours.

The point is, THE POINT IS, I thought it'd be a good time for a look at four of the most interesting PlayStation-exclusive light-gun games, no? See, I just got off Die Hard Trilogy and the Die Hard 2 portion of that has me pursing my lips and nodding. It's that good. So I wanted to see if the PS1 had any more fun light-gun titles I could play with the mouse, focusing on stuff that didn't come out in arcade or anywhere else. Shoot outside of the screen! All Together Then! Let's kick off our list with an interesting one; this is a direct sequel to the original PlayStation port of Time Crisis. No, not Time Crisis 2; that was on PlayStation 2. This is Time Crisis 1-2, geddit? Unfortunately, it also has the same exact visuals as the first game, which wasn't exactly enough to set the world alight almost five years after it dropped. Additionally, I'd argue that it's actually a little bit worse looking, thanks to less dynamic direction - but that might just be my nostalgia for Time Crisis talking. Yes, indeed, Project Titan is another outing for Richard Miller that doesn't exactly set the world alight, but remains fitfully enjoyable blasting action regardless. Only about forty minutes of it, yes, but that's pretty standard for this genre, being primarily coin-op ports. Wait, none of these are coin-op ports. Oh dear. 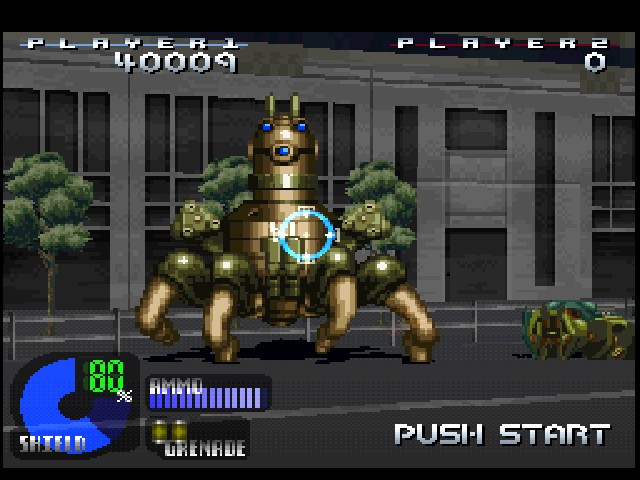 PS1's first light-gun game, Project Horned Owl is a lesser-known Sony-developed effort, with only polygonal backgrounds really betraying its source system. The vast majority of the graphics are scaling sprites of various tanks and mecha, lending it all a very anime-esque look and feel - extremely of its time, but not unwelcome with it. Bosses (besides the first one) are polygonal and look quite jarring as a result, but I won't discount the fact that this kind of low-poly robot often looks cool as hell. The environments, however, are all a bit murky and dreary and grey, which isn't great. The game was developed by Alfa System, and can be considered something of a predecessor to Elemental Gearbolt, released two years later and the better game in pretty much every aspect. Maybe I should have talked about that, instead. Oh well! Next time, baby! 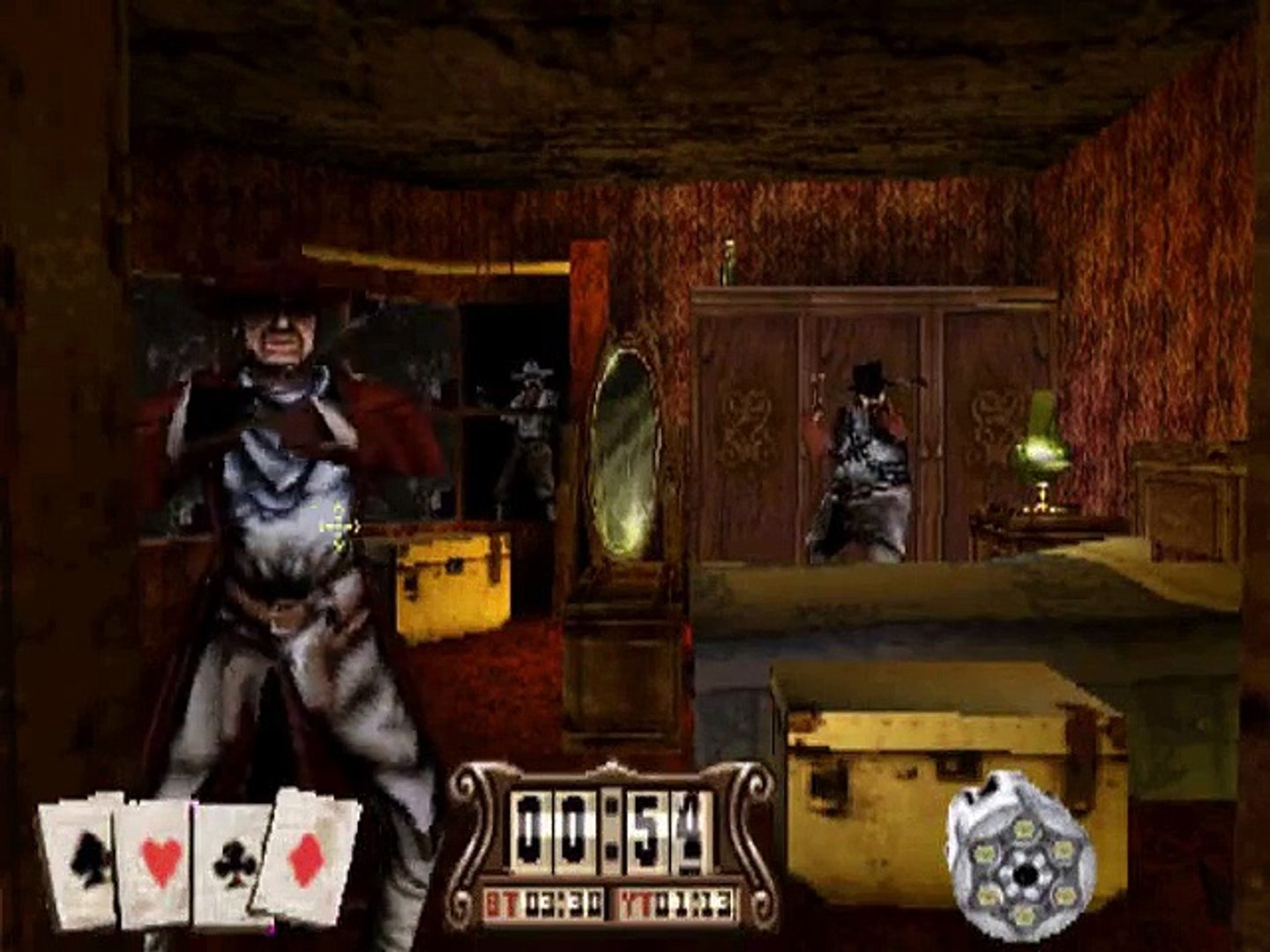 Yee-haw! Sorry, it's one of the core rules of games journalism that you have to preface everything about a cowboy game with some sort of cowboy noise. Anyway, this game is basically a massive Old West rip-off of Time Crisis. Brazen, but far from the worst thing to be. Popping out of cover to take pot-shots at, yes, varmints is a lot of fun, with it all clocking in at a lean forty minutes. Wait, just like Time Crisis again! The visuals aren't horrible, but they lack variety. Yes, it would all be Wild West stuff, but couldn't they at least have a stage set during the day or something? I mean, if you want to beat Mad Dog McCree... just kidding. Anyway, it's... alright! Hoorah!

Bad news, Americans! Because of the appalling Columbine Massacre, Capcom cut the light-gun function out of your version of Resident Evil: Survivor. You know, just in case you decided it was imitatable. Let's not dwell on that; this is a fascinating little curio, the first of a reasonably long-running Gun Survivor series that ended up deferring to Dino Crisis, but it's only this original game that broke off from the near-literal rails of the rail shooter and became a bizarre GunCon-controlled adventure game in which you had to point the weapon downward and fire in order to move around. Does it sound insane? Well, it was, and it was also hideously ugly and monstrously awkward. But it's also unbelievably weird, which means it has a special place in my heart. 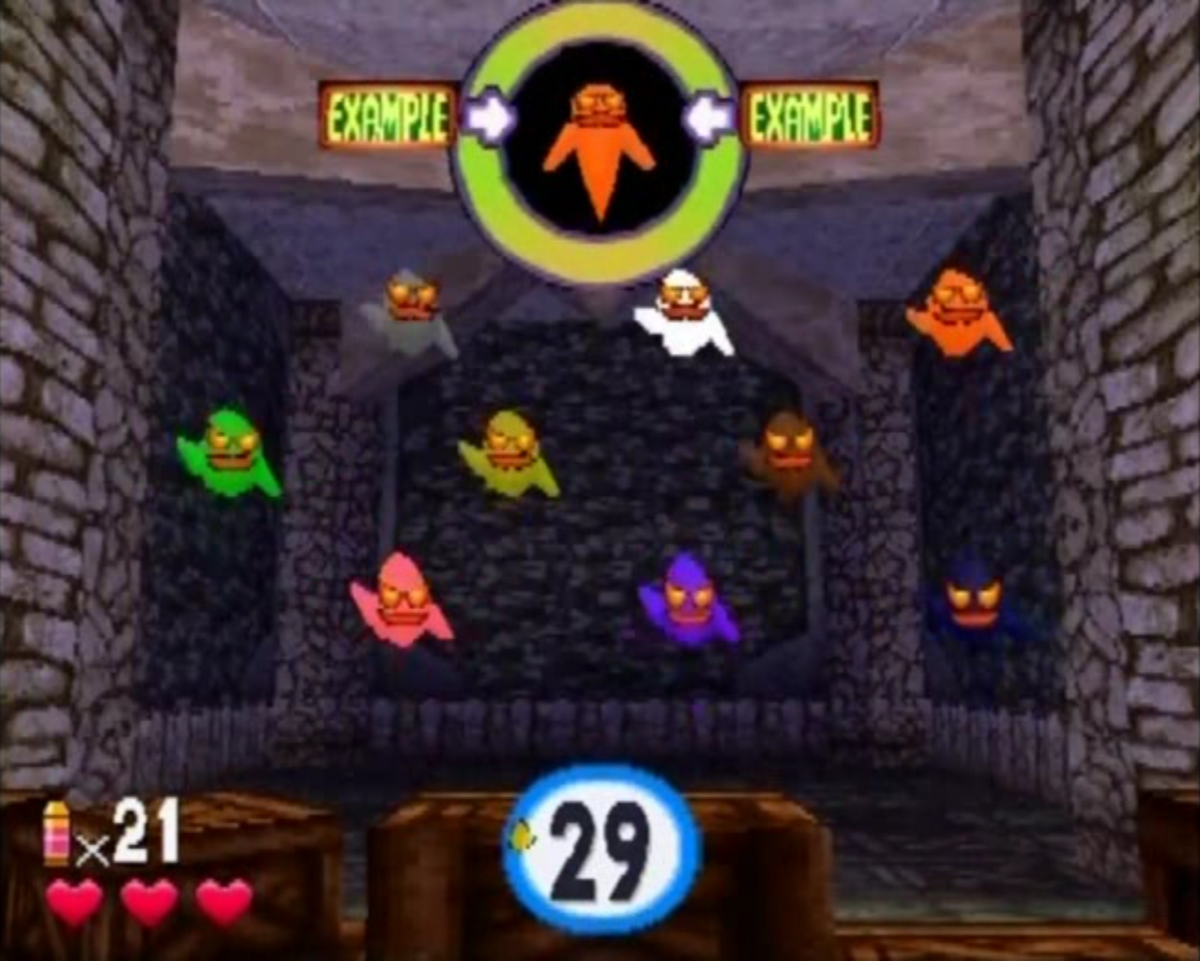 Yeah, it's not a PlayStation exclusive, I know. But it is great, taking its place among the PS1 shooter library as a sort of unofficial Point Blank 2.5, slotting itself into that oeuvre rather nicely as another instalment of quickfire quick firing, Wario Ware-ish challenges that ask you to shoot fast or shoot accurate. The difference with Ghoul Panic is there's some semblance of a narrative, a couple of cute VG Cats-looking characters and a handful of bosses to beat inbetween the ghost-blasting carnage. It was developed by shmup house Raizing, now known as Eighting for reasons I don't know but I'm sure GSK does.