Ha ha ha, Happy New Year! Yeah, it's been days but 2023 still feels new, even if a diligent writer would have completed this column ahead of time and had it ready on January 2nd at the latest. But don't worry, you've got a few days still to peruse this latest roundup of video game projects. Heck, one of these campaigns runs until February, a point at which no one should ever say "Happy New Year," not even in jest.

Umbral Core (ends Jan 7 estimated reward date Mar 2025)
No matter how many Street Fighters and Tekkens may enter our lives, I maintain that there aren't enough fighting games nowadays, so I'm absolutely going to highlight this campaign centered around a new, slick fighter. There's already a demo on Steam and I think it feels great to play.

Last Crown Warriors (ends Jan 8 estimated reward date Feb 2024)
Director Imanol Barriuso calls this project an "Action-Tactics game for the Nintendo Game Boy" but when I look at it, all I see is Game Boy Zelda and that makes me smile. You can find a demo on itch.io but take note: This is a Game Boy game so you'll need a Game Boy, Game Boy Color, or a Game Boy compatible platform to play it for yourself.

Atomograd (ends Jan 9 estimated reward date Apr 2023)
Obviously I try to find "retro" games for these monthly lists but Atomograd really checks all the boxes. It's a game about cracking an old computer during the Cold War which means it not only looks and feels like a game that was made back in the 1980s, but it's also about the 1980s when NATO/Soviet relations were strained and everyone was still getting used to the idea of working with computers in the first place. Also, if you don't solve the puzzles, the world ends in a nuclear holocaust.

Creature Lab (ends Jan 10 estimated reward date Jan 2023!)
This isn't exactly a "retro" game, but Creature Lab is a first-person Frankenstein-sim where you assemble body parts in a laboratory to make monsters and that's pretty metal. There's already a Steam page with a demo and a planned release date for later this month, but developer Image Power wants to port Creature Lab to consoles. The funds from this campaign will go towards those costs as well as adding features to the game post-release.

[lock-on] Volume 5 (ends Feb 1 estimated reward date Q2 2023)
I featured the debut issue of [lock-on] in this column back in 2021 and they're still going strong, currently hard at work on Volume 5. Among the topics included in the next edition are a retrospective of the Teenage Mutant Ninja Turtles (I see Chris Kohler's name, excellent), an interview with Manami Matsumae by Mohammed Taher, and a feature about last year's fascinating horror game Scorn. 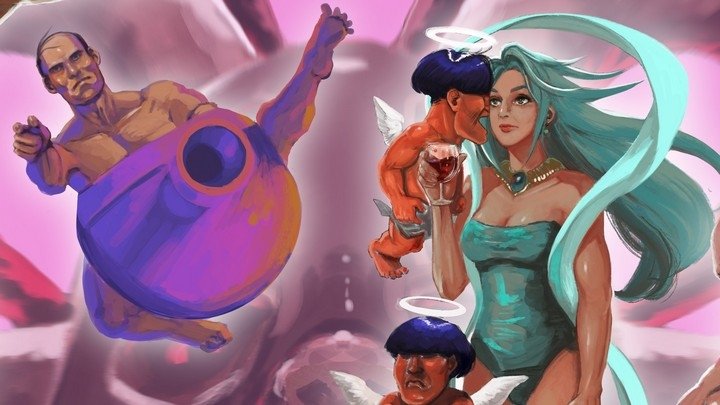