As foretold by the prophets — or rather, profits — you can expect daily blog postings here at retronauts.com going forward. Let's go!

The first episode of Good Nintentions 1986 goes live shortly, which is something that merits a mention here now that (1) Good Nintentions falls under the Retronauts banner and (2) we've cleared the "daily blog post" Patreon goal. (Please forgive my shameless promotion of this link now that it determines my livelihood.)

Good Nintentions 1986 kicks off with, sadly, a look at the misbegotten Donkey Kong Jr. Math. As usual, I've tried to set this season apart from the others with a distinct YouTube thumbnail. (Yes, I realize that for maximum YouTube popularity my thumbnails should feature a photo of myself, screaming with rage or looking otherwise stupefied about the topic in question.)

Since Good Nintentions 1986 will culminate with the release of the NES's first worthwhile third-party release, I wanted the thumbnail theme to reflect that climactic journey. And since that game in question was Konami's Gradius, I decided to echo Konami's iconic NES box art: 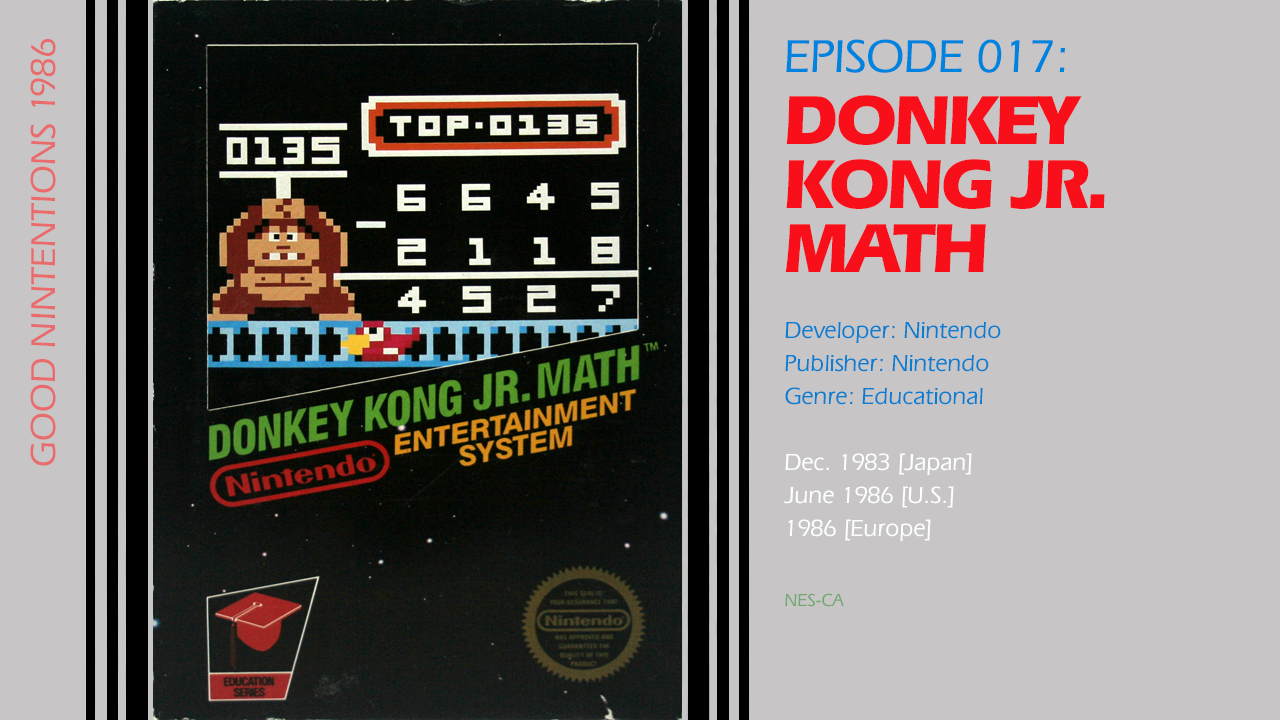 And finally, because the heart of a graphic designer still beats within my chest from time to time, I've used ITC's Eras for the thumbnail font, reflecting the typography Konami used inside its NES manuals. No, shut up, you're a nerd. 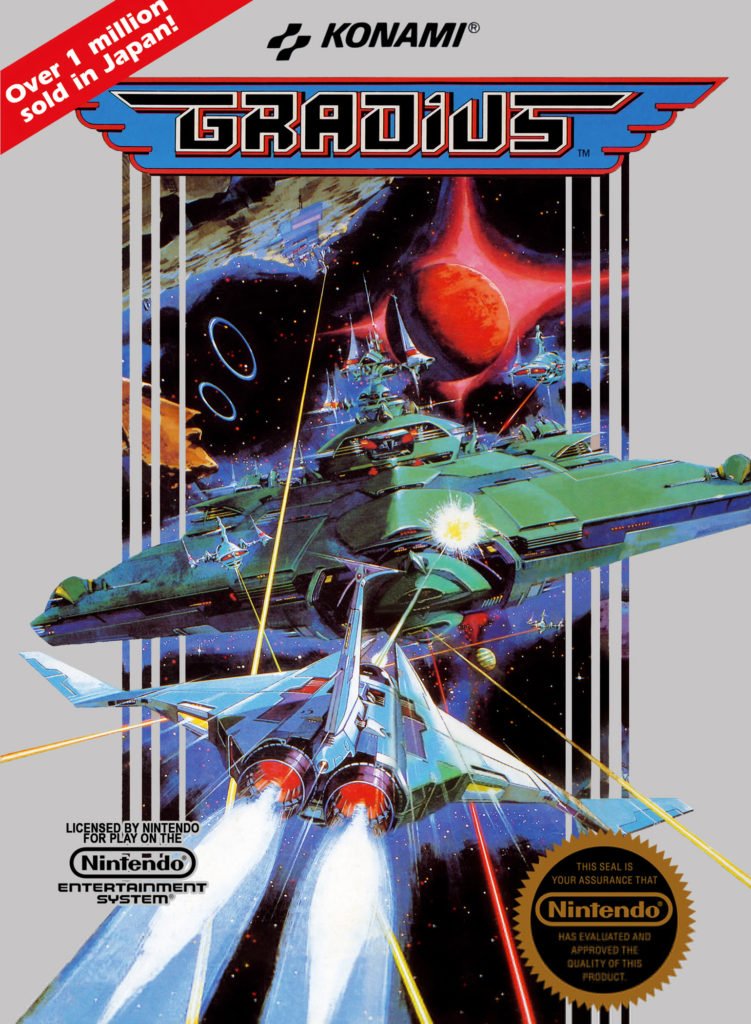 Honestly, those boxes still look great. The silver overlay with that distinctive gradient stripe — I'm not really sure how else to describe it! — would work just as well as a branding scheme today as it did in the ’80s (even if the use of actual hand-painted art pegs this as a work of a bygone era). Ah, if only Konami still made video games...