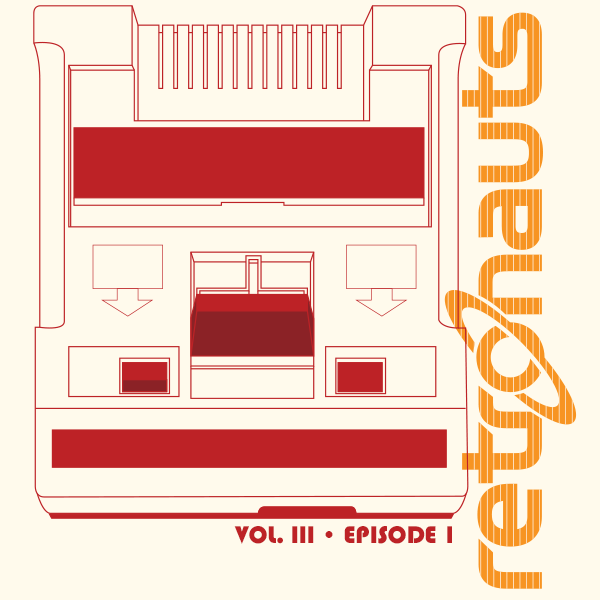 You pined for it, you paid for it, you've waited for it, and now the fruits upon the tree of our labor have ripened at last for you to pluck and savor. What I'm saying is that the first new episode of the Retronauts podcast is here. Acquire it through the delivery method of your preference:

We'll have an iTunes feed soon, but since we can't use the old feed it's a chicken-and-egg situation: We have to have episodes before Apple will list them. In the meantime, you can add the show yourself by going to iTunes' File menu (the Advanced menu in pre-11 versions), selecting Subscribe to Podcast... and pasting in our Libsyn URL (http://retronauts.libsyn.com/rss). But basically, we ask that you be patient on the iTunes front; it moves a bit slowly, and the system is out of our hands.

Or you could just listen to it here, I guess.

"We're back! By the power of crowdfunding! Retronauts launches a new season by marking the 30th anniversary of three crucial Japanese consoles: Famicom, SG-1000, and MSX. Featuring the voice of Chrontendo's Dr. Sparkle and a lovely new musical theme."

Our new season (that's what we're calling this year's worth of Kickstarted episodes, because there's no cliché like a well-worn cliché) should largely be business as usual. Four people sit in a room and talk about old video games. However, we should bring to light a few differences of note.

Probably the biggest difference -- one you won't notice until our second episode -- is that the host seat is now a rotating duty. I'm the lead voice this week, but our second episode will feature the vocal talents of M.C. Bob, and the third episode will see Ray as host (etc.). We've already recorded episode two (as well as the first two "mini" episodes, because we're taking our commitment to maintain a weekly release schedule very seriously; this is a benefit of having a show run by three aggressively Type-A personalities driven by a nagging sense of guilt and duty) and already I can see the difference in Bob's extremely meticulous approach to organizing a show and my looser, more extemporaneous style. Also, as promised, our 26 biweekly "main" episodes will be 60-to-90-minute productions right in line with the old podcasts (which, I should note, can still be gathered from 1UP.com for as long as Ziff-Davis leaves it up and running), while the "mini" episodes on off weeks will be shorter and more unusual. Our hope is that you'll like some of them, if not all.

Anyway, back to this episode: You should regard this episode as a complement to the retrospective series I've been running over at my new gig, USgamer.net. They both cover the same material -- namely, the near-simultaneous launch of three different game systems in July of 1983. As the U.S. console market was imploding, the Japanese market was only beginning to take shape, and the machines that launched in Japan that month would make an impact whose effects we still feel to this day. The prime mover of July 1983, of course, was the Nintendo Famicom (which would come to the U.S. as the NES) -- but everyone always celebrates the debut of the Famicom. For this episode (and the articles on USgamer), I wanted to paint a bigger picture and put the Famicom's launch into the perspective of its time by looking at its contemporary competition, the state of Japanese home gaming before its arrival, and why things shook out differently in Japan than the U.S. Hopefully this podcast will help shed a little light on the way things were, even if only to better appreciate the significance of what Nintendo managed to accomplish.

And, of course, you should also look to the first few episodes of our gracious guest host's long-running Chrontendo project to get a sense of just what gaming was like in the summer of 1983. Enjoy the show, and happy listening/reading/viewing!