It's Monday morning, and you know what that means. Yeah, it's time for another Retronauts episode.

Specifically, it's time for another Retronauts East episode. Ben and Benj join me once again in my still-in-development home studio to sit and jaw for a couple of hours about a rarely explored video game topic: SEGA's arcade games.

"But wait," you say. "SEGA is a beloved arcade game creator and always has been! Its arcade hits are a known quantity!" And that is true indeed. However, we're not really looking to the company's hits; we're digging further into its past, to the coin-op titles SEGA produced before the ones you know and love. Specifically, we're focused on their 1980-85 lineup. 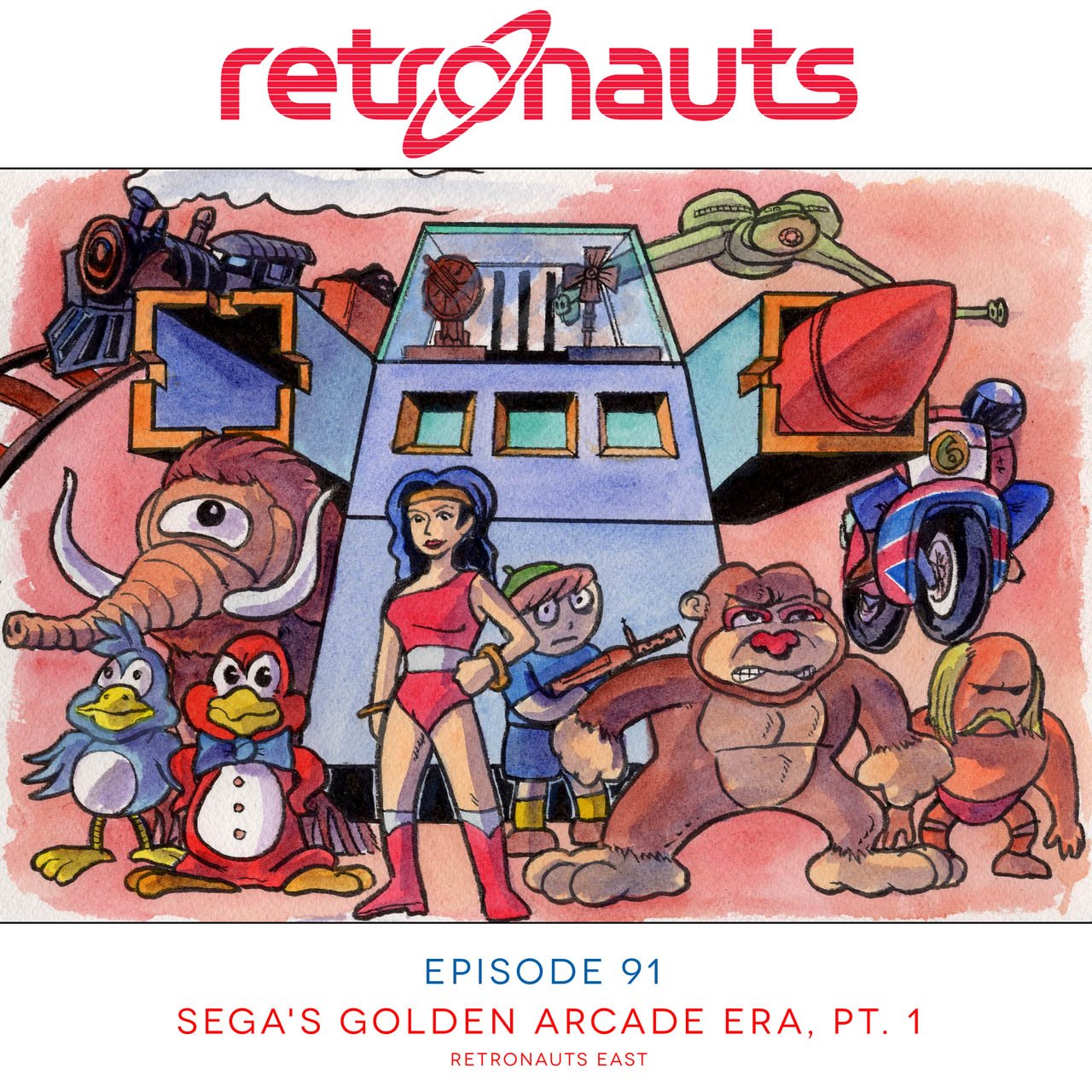 As you can see from the art above, we certainly do touch on some fairly famous games: Congo Bongo, Zaxxon, Pengo, and of course Space Harrier. They're the exceptions. For the most part, SEGA's output in the first half of the ’80s remains fairly obscure; their work from 1986 and on is far better known here in the U.S. SEGA does a better job of preserving and republishing its later games, allowing the likes of Flashgal and Super Locomotive to vanish into the realms of the unknown and unavailable-through-legitimate-means.

This unfortunately makes for a slightly dicey episode at the beginning. We've all played some of these games, but certainly not all of them, and a lot of what defines them is the arcade experience. Sure, you can emulate Pro Monaco GP or Zoom 909, but an emulator doesn't include the funky LED readouts and gauges next to the screen. Stick with it, though, and you'll find that the conversation comes into focus as we move into SEGA's prime days. (We also concoct some pretty decent on-the-fly theories about why SEGA's arcade output improved so significantly around 1985 or so.)

Despite some audio bugs we're still trying to iron out of the Retronauts East setup, and the fact that we're taking the Retronauts name seriously by exploring somewhat unfamiliar territory here, it's a pretty solid episode overall. And a long one, coming in at more than two hours in length! We had actually planned to take this conversation up through 1987 but literally ran out of time. But that's OK. That just gives us an excuse to reconvene again in a few months and explore SEGA's work in the latter half of the ’80s.

Episode description: Ben Elgin and Benj Edwards reconvene with Jeremy to explore the first half of SEGA's arcade output. Like the games we're discussing, the episode starts off a bit shaky, but everything is awesome by 1985. Pengo! Zaxxon! Space Harrier! Hang On! And more!

Music in this episode comes from Space Harrier (except where noted in the show), because honestly there wasn't really all that much music worth noting in SEGA's output from this era. That's just a sign of the times, though. Once arcade games got to 1985 or so, their soundtracks improved exponentially. Our next SEGA arcade episode will have the opposite problem: There'll be so much incredible music to pick from we won't know where to begin...