Another week, another episode about Castlevania. I guess I lied last week when I said I'd be limiting Retronauts to a single Castlevania episode per year!

Of course, this isn't really a Castlevania episode. It's Retronauts Radio number four, and it just so happens that this month's musical highlight comes in the form of a Castlevania III double-LP album. I cannot tell you how much I adore this new release — it's a far cry in terms of quality from Mondo's disappointing first Castlevania vinyl release. Each disc contains a different version of the music (one NES, one Famicom), and the source files are not the existing CD issue of the Japanese soundtrack... which is to say, no sound effects and weird foley elements. I highly recommend it. 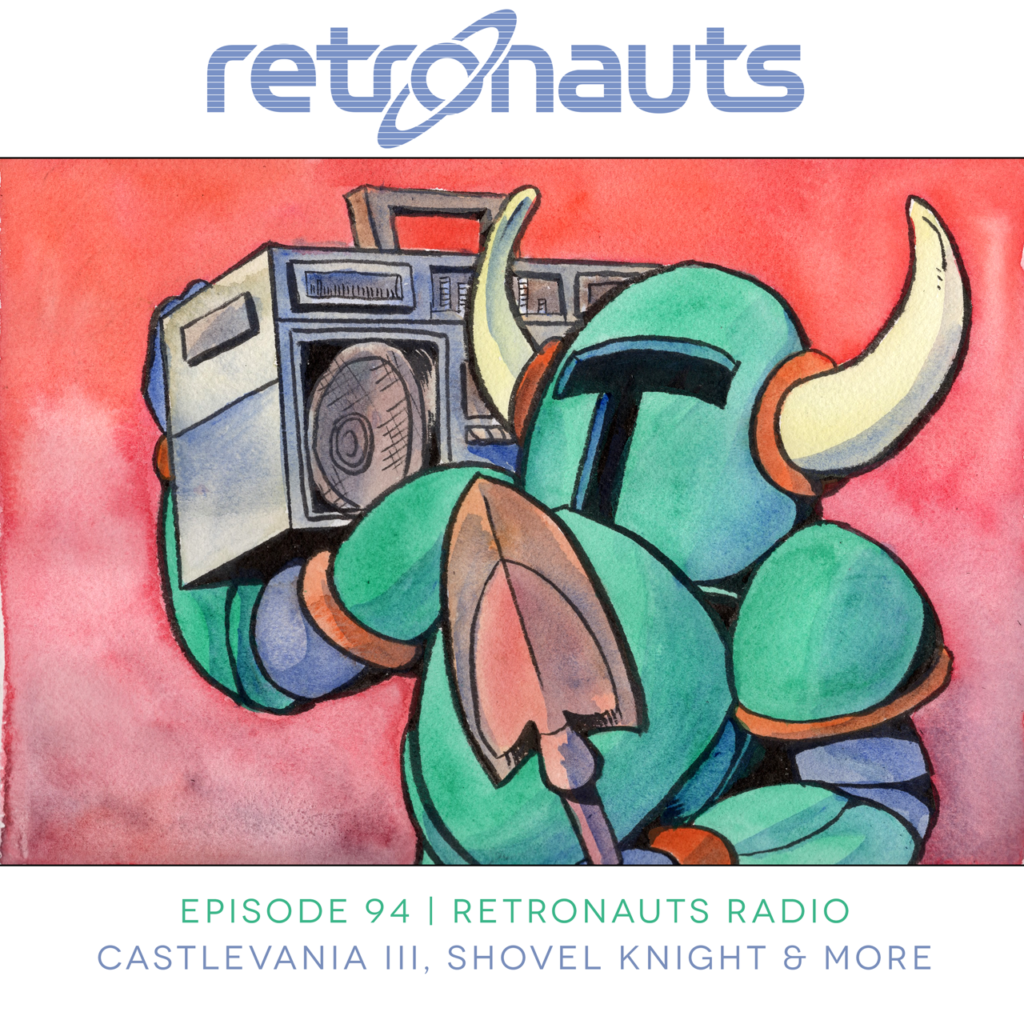 The other selections for this month include:

Everything we covered with this month's Radio installment is stellar, so I hope you'll forgive the indulgent length of this episode. In addition to highlighting great recent music releases by way of tune samples, the fourth Retronauts Radio involves a lot of back-and-forth conversation about the games and soundtracks between myself and this episode's guest: Jack Menhorn of Boss Key Productions. Jack works with video game audio for a living, so he brings a genuine expert perspective to the discussion.

Everything this month is also a vinyl release, something I prefer to avoid with Retronauts Radio. I know that only a minority of listeners collect game vinyl, and I don't want anyone to feel like this show has a high buy-in cost. It just so happened that this month involved a huge amount of great classic game music arriving on vinyl. Don't worry, though: Next month will include only one LP-exclusive selection, along with a couple of new CD releases, a new (!) Famicom cartridge release, and BraveWave's upcoming Ninja Gaiden remaster (which will arrive in multiple formats)

This week's music selections are... well, I kind of feel like this one kind of speaks for itself. If you're interested in picking up any of the soundtracks from this month, the links are all above. And if you're curious to play the games from which the music comes, you can pick up: Castlevania III and Contra III on Virtual Console, Shovel Knight on any current platform you can name, and both Galaxy Force II and Thunder Blade as excellent 3D Classics remakes on Nintendo 3DS.

Finally, thanks again to this episode's sponsors: BarkBox, Audible, Dell, and Casper Mattresses.