Yesterday, a classic action RPG designed by Sony and Matrix turned 20 — interestingly, just two days ahead of the 25th anniversary of the U.S. release of the game it shamelessly imitated. The Legend of Zelda: A Link to the Past debuted 25 years ago tomorrow in America (April 13, 1992), and its greatest and most fascinating clone appeared in Japan just shy of five years later (April 11, 1997): Alundra.

I love Alundra, though I admittedly haven't played it since it was a first-run feature. Who knows, maybe my opinion would change with two decades of hindsight. But at the time, it played like the follow-up to A Link to the Past and Link's Awakening that I dearly wanted but no one else was making. I was as excited as anyone for Ocarina of Time, but even then it was clear that game would play pretty differently from the 2D Zelda games. Alundra fell into the same category for me as Symphony of the Night: The kind of experience the entire industry was eager to move away from, but which I still wanted to exist. Technical progress doesn't mean having to slash and burn everything that's come before, and I hated the frustrating universal media consensus at the time which demanded all games had to abandon any visual vestige of the past in order to be acceptable. 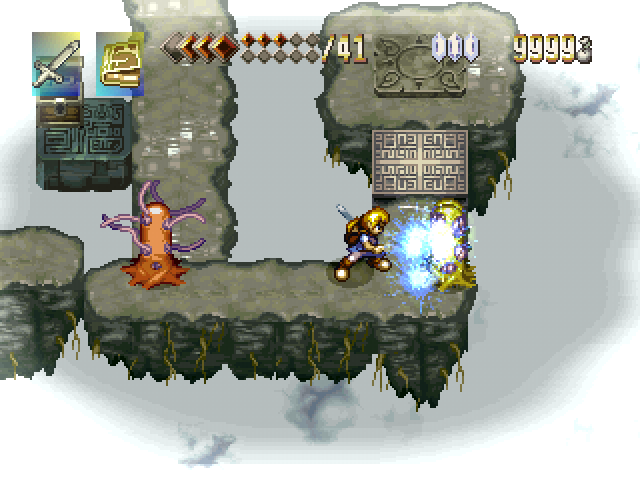 It wasn't just a media consensus, come to that. Sony, who by mid-1997 had already taken a strong lead in the console race, had an infamous policy of disallowing 2D games on PlayStation. It wasn't absolute law, but certainly bitmap-based graphics were frowned upon and expected to take a seat at the kids' table. Alundra, being a Sony-published game in Japan, seemed doomed to face the same unhappy fate as other first-party "relics" like Arc the Lad. That is to say, denied a visa into the U.S. I distinctly recall reading a massive import preview blowout on Alundra in (I think) GameFan magazine which made it clear that this game was a rad adventure in the style of Zelda, and also doomed never to come to America. For the moment, this restriction didn't burn too badly, because I was in the midst of experiencing my very first import game (the aforementioned Symphony of the Night), but still the thought that such a fantastic-looking entry in an underserved genre I deeply loved would be dangled beyond my reach... it chafed.

As it turned out, Alundra really did suffer the same fate as Arc the Lad: It was picked up for U.S. release by Working Designs. The company did a solid job with the localization — aside from the spacey surfer dude Bonaire, who felt increasingly out of place and inappropriate as the game's plot grew darker and darker, it largely eschewed Working Designs's trademark approach to localization (e.g. throw out most of the original text and cram in a ton of jokes). You can probably attribute that to the fact that Alundra simply wasn't as slight as most of the RPGs WD tended to localize; it came wrapped in a pretty intense storyline. The eponymous hero had the ability to enter people's dreams, but even as he did so an evil force was also stealing into those dreams and murdering the dreamer. By the end of the game, a whole lot of people are dead or emotionally devastated. There's not a lot of room for levity. 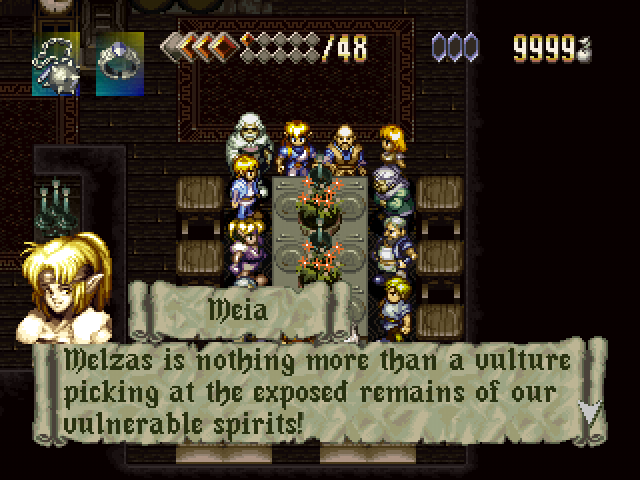 Working Designs also didn't apply their usual dramatic rebalancing to the game's difficulty, either. While they made a few tweaks, they felt smart and welcome. For example, they made the final boss hit harder while reducing the amount of damage he could withstanding, which resulted in a shorter, more intense fight. Alundra has a reputation for being a seriously difficult game, with some tough battles and brain-bending puzzles, but that wasn't my experience. It's one of those games that simply clicked with me for whatever reason, and I sailed through it... even the notoriously complicated sliding-block puzzles in the ice palace.

Funnily enough, I didn't actually buy the game at launch despite my enthusiasm for it. I somehow won a copy from IGN in a contest they had right before the game shipped... and then, months later, I still hadn't received my copy. (Now that I've worked in the press, I can definitely see how that happened; no hard feelings.) I wrote one of the editors an email, and he promptly called me, apologized, and promised to get the game sent out ASAP. He was true to his word! Within a week, I had the game and the PlayStation console that was also part of the contest, along with a few random trinkets and (inexplicably) a military grade beef stew meal-ready-to-eat. So whenever I think about Alundra, I think about... army rations.