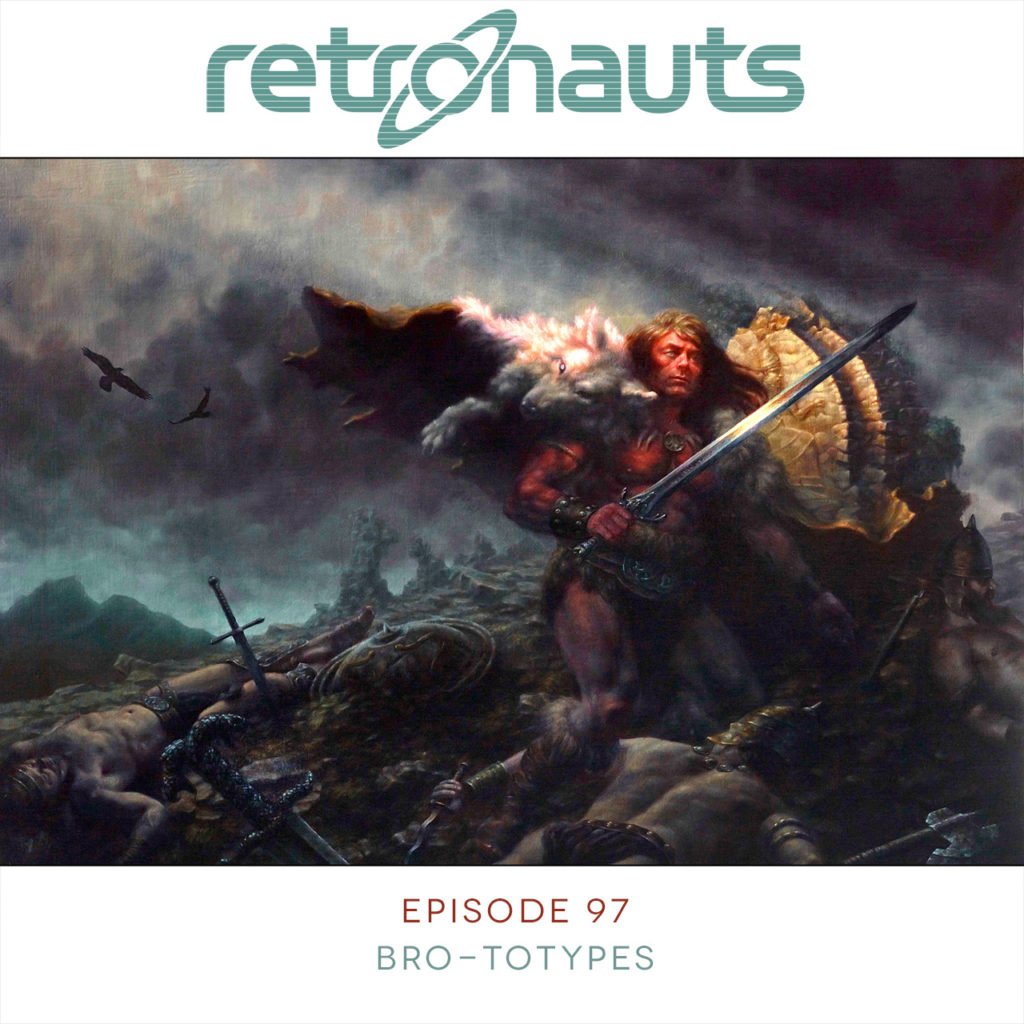 So, here's a different kind of episode than usual. I've been worried about this one since we recorded it; I planned this topic specifically around some casual conversations I remember having with Frank Cifaldi back when we both worked at 1UP, lo those many years ago, and he was to be our guest of honor here. Unfortunately, some last-minute scheduling complications prevented him from making the session, which means we had to wing it. The outcome wasn't quite what I had in mind... but nevertheless, it turned out quite well with just myself, Bob, and returning guest Steve Lin. Honestly, I was surprised by how much I enjoyed this episode as I assembled it.

The title of this episode, I realize, probably seems a bit opaque. (I debated between "BRO-totypes" and "Intoxicating Masculinity.") But the point really is quite straightforward: A discussion of the trend of musclebound, macho characters in video games throughout the ’80s, and the influence those early era game aesthetics and sensibilities continue to exert on the medium today. This episode is less about the games themselves and more about the cultural and historical trends that shaped them — and our own conclusions seems to be in accordance with the comments submitted in our mailbag section. So if nothing else, at least we're all on the same page here.

Episode description: Steve Lin joins Jeremy and Bob to discuss that most primal of video game forces: Manly video games about manly men. We explore the pop social forces behind the rise of rugged 8-bit heroes, and how those beefy classics shaped modern game sensibilities.

A note on this episode's music: This week's tunes come from several games we mentioned during the show: Rygar, Rastan Saga, Shatterhand, Kabuki Quantum Fighter, and VICE: Project Doom.

As for this week's cover art — a stunning portrait of Conan — that comes to us courtesy of listener Billy Norrby, who actually studied under one of the influential painters we mentioned here: None other than Boris Vallejo himself. Check out Billy's site (be warned that it's a tiny bit NSFW) and, I dunno, maybe commission him to paint the cover of your next novel.