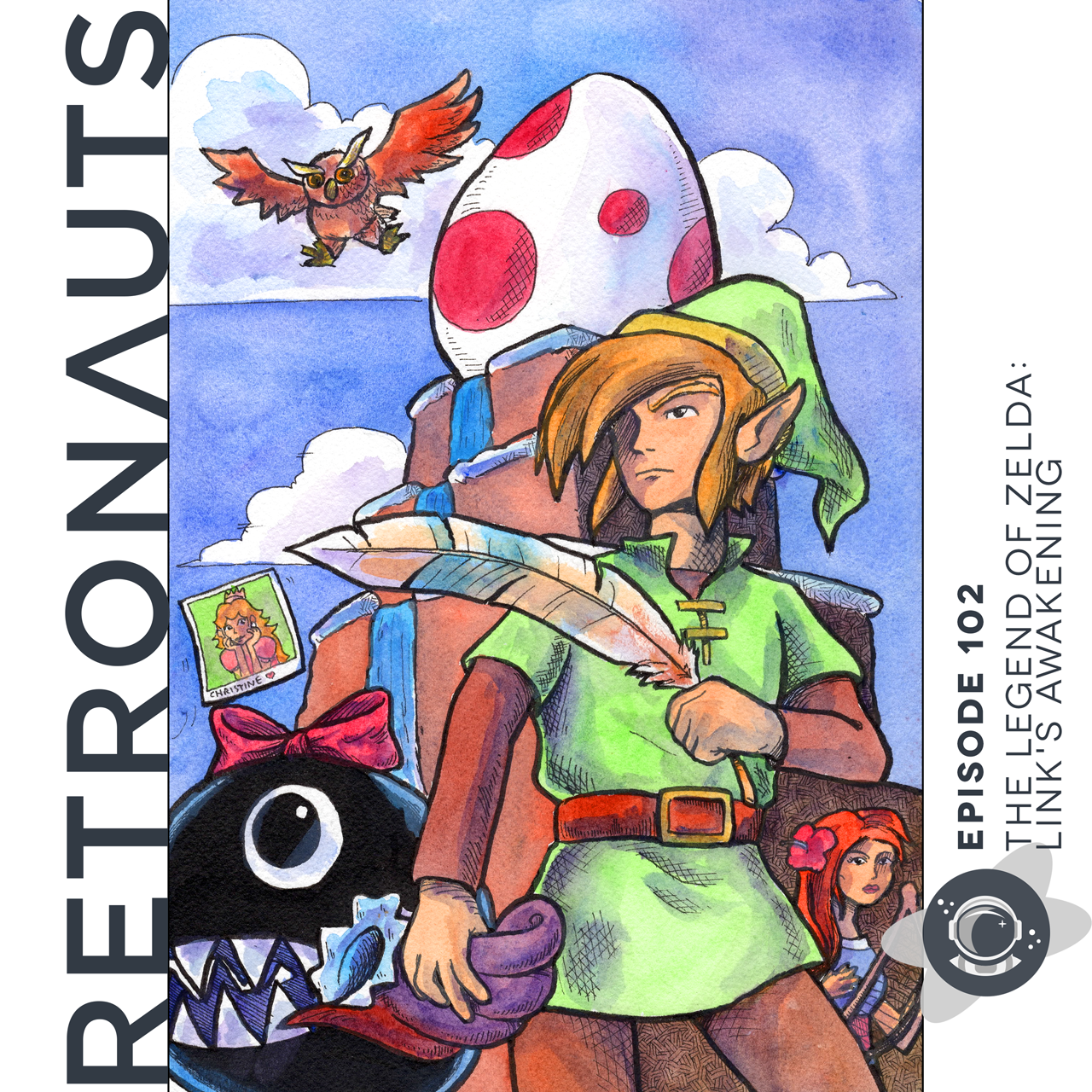 We didn't deliberately time this episode to launch at the same time as the new season of Twin Peaks, but I'm always willing to embrace a happy accident. No classic game could be a better companion for the return of David Lynch's surreal television masterpiece than Link's Awakening: The Zelda game whose creators were specifically inspired by the show's dreamlike atmosphere to create a trippy game whose entire world was — spoilers! — nothing but a dream. One dreamed by a giant fish. Sleeping in an egg at the top of a mountain. Because why not?

Regulars Kat Bailey and Henry Gilbert join us this week to reflect on this odd duck in the Zelda universe. It's not as revolutionary a work as the likes of A Link to the Past or Ocarina of Time; not as divisive as Zelda II; not as workmanlike as many other Zelda sequels. It brought the ideas of A Link to the Past forward and took the series into a portable format — and, I suspect, for the former reason it tends to be regarded as somewhat derivative, while for the latter reason it tends to be dismissed as a frivolity (anti-handheld snobbery is real!). Its plotline has no bearing on the larger Zelda universe, taking place entirely in a self-contained space that, it turns out in the end, doesn't even really exist.

Nevertheless, there's a lot of love for Link's Awakening out in the world, as this episode neatly demonstrates. We received a lot of letters from you guys (and gals) about the game. It has a special something about it, I think. It's not the most popular or best-selling entry in the series, and Nintendo themselves tend to give it short shrift... but those who gave it their time fell in love with it and carry that affection to this day. Anyway, give the episode a listen and check out the original game (available on 3DS eShop for a few bucks!) if you haven't played it before.

Episode description: Jeremy and Bob wax rhapsodic with Henry Gilbert and Kat Bailey as they harmonize to sing the praises of the first portable Zelda: The iconoclastic and frequently surreal Link's Awakening.

Music in this episode comes from Link's Awakening, of course. It's a game whose entire premise revolves around performing a song. It has great music.