Hey, Pikmin! feels like a flashback to the old days of handheld adaptations

I demoed the next entry in Nintendo's Pikmin series — Hey, Pikmin!, not the long-promised Pikmin 4 — back at the same event where I took the 2DS XL handheld system for a test drive. Of all the games Nintendo showed off at that press event, Hey, Pikmin! left me the most bemused. There was something naggingly familiar about it, but I couldn't quite put my finger on what, precisely, that was. 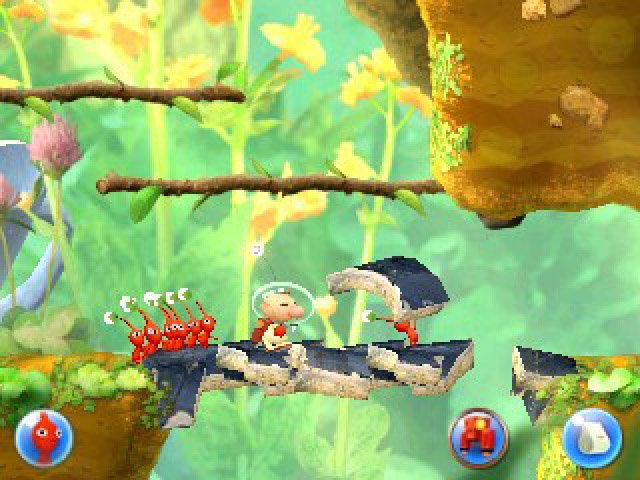 As denoted by the lack of a numeral in its title, Hey, Pikmin! doesn't go out of its way to be a proper follow-up to Wii U's Pikmin 3. On the contrary, while it carries forward certain key franchise concepts — you control tiny Captain Olimar and coax a tiny army of colorful plant people to do your bidding — it plays nothing at all like the innovative series whose name and visuals it adopts. In place of Pikmin's usual sprawling mix of real-time strategy and top-down action, Hey, Pikmin! swings the camera down and locks it perpendicular to the ground, effectively transforming its viewpoint into that of a 2D platformer.

Except Captain Olimar isn't really the platformer action type; he wears a jetpack that can allow him to hover momentarily and reach higher ground. However, the jetpack responds sluggishly and has considerable recovery time, so it's hard to imagine Hey, Pikmin! will contain much white-knuckle platform action. Besides, the game does carry over one critical element from the console originals: Making your way through the world involves the recruitment, use, and occasional sacrifice of countless little colorful plant-men. 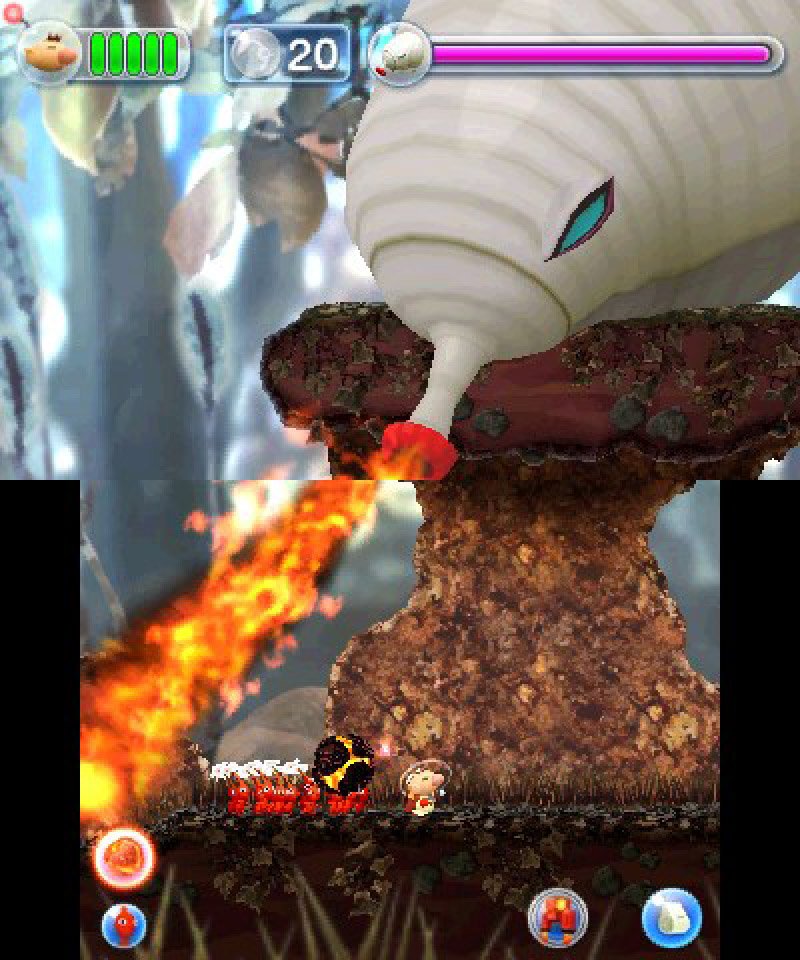 In practice, this means Hey, Pikmin! amounts to a sort of puzzle platformer set in the Pikmin universe. Olimar remains about as helpless as ever, so you'll need to toss and summon pikmin in order to accomplish everything from clearing paths to fighting huge monsters. The game makes interesting use of the dual-screen nature of the 3DS (or 2DS, as the case may be): Controls are based around a touch interface, so Olimar himself appears to be effectively restricted to the lower screen. However, many elements critical to completing a given stage — be they bombs needed for blasting strategic points or debris needed to create bridges — appear on the upper screen. To manipulate them, you need to lob pikmin up there... maybe one at a time, maybe a dozen.

Everything works more or less as you'd expect it to in a Pikmin game. Differently colored pikmin possess different strengths and weaknesses, and they'll all stand around lost and helpless if you stray too far from them. Your pikmin pals will lift and carry objects, perform simple tasks of engineering, and basically pathfind their way around. They'll also go to the mats with any creatures they find roaming around, launching into an attack that will either result in their own deaths or the transmutation of waddling monsters into valuable resources. The biggest difference is that the side-scrolling 2D perspective changes the fundamental nature of the game from a free-roaming quest to forage for goods across a massive world into a linear stage-by-stage journey.

Will it work? It's hard to say. The demo stages I've played seem to unwind well enough, but I can't honestly predict whether or not this limited approach to Pikmin will maintain interest for a couple dozen stages. A big part of what makes the console originals interesting comes down to the persistence of and planning required to navigate large spaces. Which route do you take, and which pikmin do you bring with you? Can you venture forth, accomplish a critical task, and make it safely back to your base before dark? By breaking your actions into small, self-contained stages, the need for long-term management largely evaporates. It'll take some legitimate effort to ensure Hey, Pikmin! sustains its appeal throughout its latter stages, and developer Arzest doesn't have the most inspiring track record in that regard. 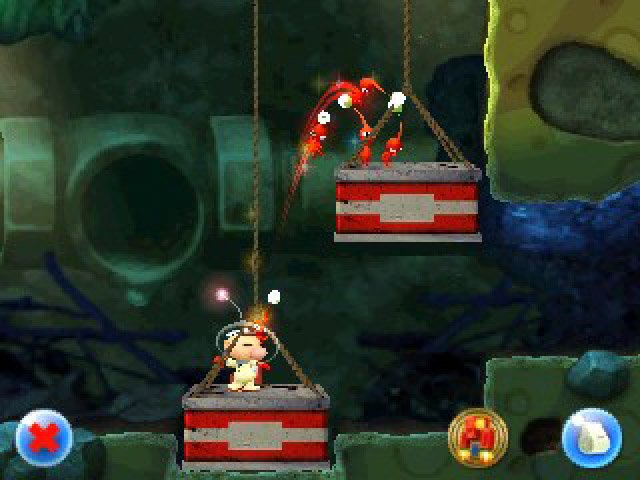 Still, it's not impossible to think Hey, Pikmin! could work out. I eventually managed to pin down the nagging sense of familiarity this game gave me, and I realized this entire endeavor is a flashback to the Game Boy Color era. Think back to handheld games from 1998 to 2001: Console games had made the transition to polygons and 3D, but the Game Boy hardware remained mired in its decade-old 8-bit design. Game Boy had always played host to scaled-down conversions of console titles, but the technological delta between Nintendo 64 and Game Boy was much, much larger than the one we'd seen between the NES and Game Boy back when the handheld system made its debut. Rather than giving us the visually cramped ports of console hits we saw in the early Game Boy era, GBC developers generally created entirely new games with their "ports" of N64 and PlayStation hits.

First-person shooters became slow-paced top-down action games. 3D adventures became sidescrollers. And so forth. Most of these reinventions left Game Boy owners scratching their heads — Perfect Dark as a clumsy isometric shooter? Turok as an NES-style side-scroller? — but every once in a while, the overhaul worked. I was always impressed by how well Tomb Raider scaled down to handheld; Core Design very sensibly took stock of the franchise and unraveled the fundamental concept back to its origin point. The result was a game that played very much like Prince of Persia, which had largely inspired the design of the original Tomb Raider in the first place. It wasn't as good as Prince of Persia (in large part due to the decision to make Lara Croft's sprite take up as much of the screen as was physically possible, leaving the action cramped and uncomfortable), but it was a far sight better than most 3D-to-2D console-to-handheld conversions of the era.

I suppose the question now is: Will Hey, Pikmin! follow in the steps of Tomb Raider for Game Boy Color and stand on its own merits? Or will it be as unsatisfying and off-the-mark as that Perfect Dark conversion? Given the methodical, puzzle-like design I experienced in the Hey, Pikmin! demo, it definitely falls closer in spirit to the former. Still, Nintendo has attempted to squeeze an open-world console adventure into a 2D portable format once already in recent memory, with the lackluster Chibi-Robo: Zip Lash. Hopefully Hey, Pikmin! will fare better. And hopefully the dual console/handheld nature of Nintendo's Switch means that once the 3Ds family fades away, the Game Boy-era rule of compromised portable conversions will at last be dead and buried. We're all for respecting the medium's heritage here at Retronauts (obviously), but some traditions are better off abandoned.