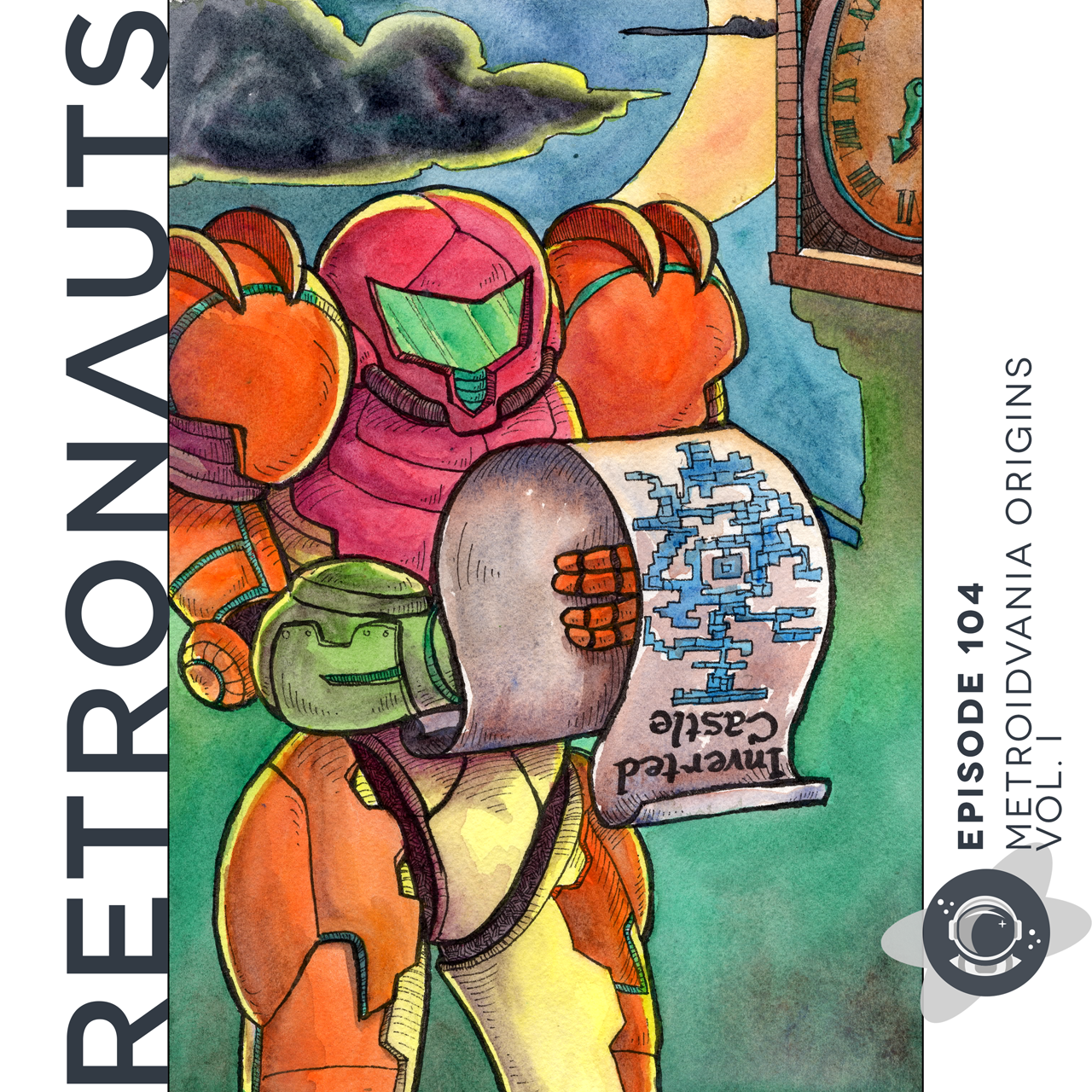 This week's episode treads somewhat familiar territory, though we approach it from a different direction than usual. We've explored the Metroid series in fairly exhaustive detail, and we've also covered most of the Castlevania series. But what of their babies? What of — yes — metroidvania?

As this is a genre near and dear to the hearts of the Retronauts East crew, we've spelunked back into the ancient past to explore and discuss the very beginnings of the genre... games that paved the way for exploratory action-RPG platforming, even if they didn't quite manage to realize the concept themselves. This is a podcast about games like Zork and Montezuma's Revenge, not about Symphony of the Night (despite certain people's best efforts to derail the conversation to being about that vaunted work!). In fact, we went into such detail on these games that we only made it halfway through the intended list of works I put together in advance. Guess that means there'll have to be a part two...

...besides, we recorded this before Nintendo announced their Metroid II remake, so obviously there's much more to say on the topic now.

Episode description: Benj Edwards and Chris Sims join Jeremy for what was intended to be a quick overview of 8-bit games that helped define non-linear platforming but ultimately gets bogged down in exploring side paths… as in any metroidvania worth its salt, really.

This episode's tunes come from a variety of early NES exploratory platformers: Rygar, Legacy of the Wizard, and maybe a few others that slip my mind at the moment. In any case, it's a big, sprawling, mess of an episode, and in my opinion that works in its favor. So give it a listen, eh?