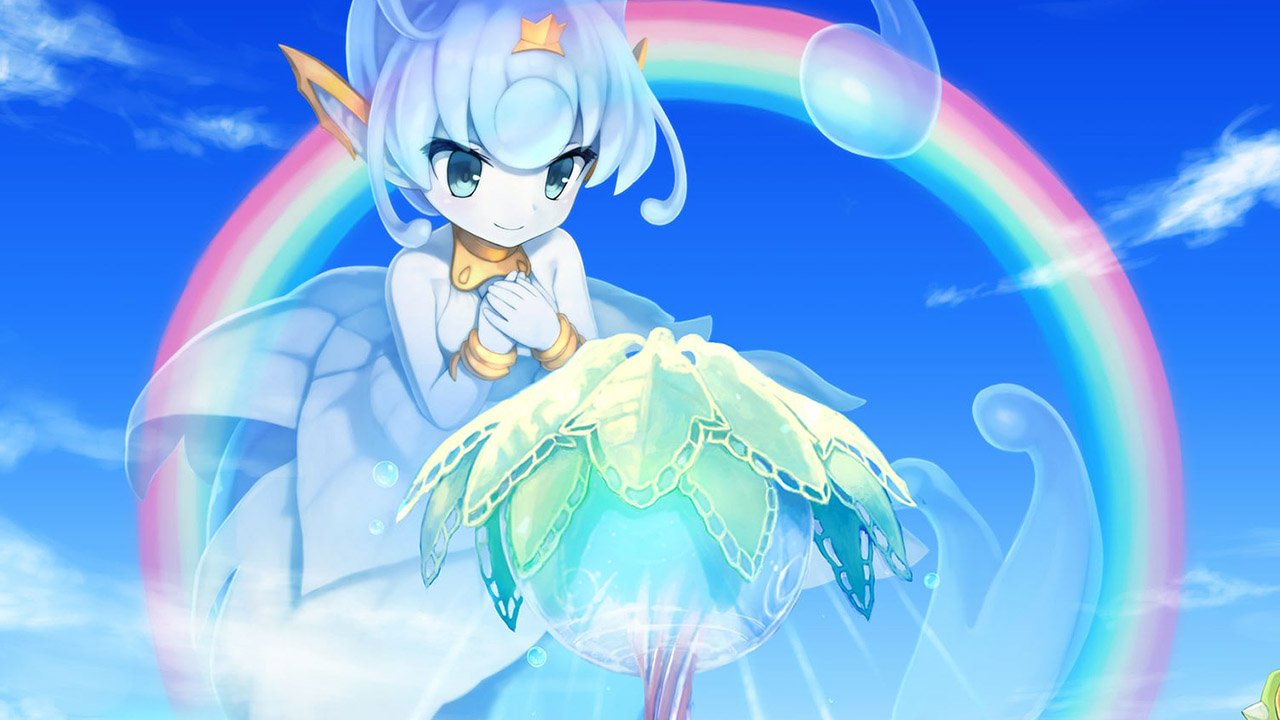 The 3DS keeps chugging along despite the looming shadow of Nintendo Switch: The little handheld that wouldn't say die. Nintendo's latest release for the platform arrives tomorrow: Ever Oasis, an action RPG developed by Grezzo.

Grezzo has been one of Nintendo's most faithful partners for the 3DS era, though their name doesn't get as much play as an independent publisher like Level-5, Atlus, or Square Enix. However, chances are quite good you've played at least one of the studio's collaborations with Nintendo, as they've had a hand in multiple 3DS Zelda games. Not only the remakes of Ocarina of Time and Majora's Mask, but also the original work Tri Force Heroes.

Grezzo and Zelda has always struck me as a perfect creative love connection, given that Grezzo's president is none other than Koichi Ishii. Formerly of Squaresoft and Square Enix, Ishii oversaw a variety of projects at his former studio. While many of those games are quite highly regarded — for example, Final Fantasy — Ishii is almost certainly best-known for being the director of the first few Seiken Densetsu/Mana games. Of all the action RPGs to bite Zelda's style, the early Mana titles always felt the most fully realized (even if they had a tendency to stumble beneath the weight of the naked creative and technical ambition Ishii's teams invested into them). Combining action-oriented combat with role-playing mechanics like turn-based attack limitations and proper skill and experience systems, the Mana series eschewed Zelda's puzzle-dungeon design in favor of a more systems-driven approach. And it was very good.

Ever Oasis sees Ishii stepping away from Zelda and looking back to his own creative roots. When I demoed Ever Oasis a couple of months ago, my first impression was that it felt like Ishii's attempt to recapture some of the Mana series' glory with a new adventure that draws heavily on those games' mechanics and vibe. You're out to restore life to a desert world with the help of a water spirit — nature's power and its elemental avatars being a trademark theme of Mana — which you accomplish by action-driven combat with a pair of A.I. companions. After spending more time with the adventure, however, I realize that's not an entirely fair view of the game. While those elements certainly play a large part in Ever Oasis, the overall flow of the game feels more like a world-building simulator combined with an action game. It's not exactly ActRaiser, but certainly you'll find a touch of that spirit here as you recruit villagers to help build your oasis town and win the affection of your citizens by performing various tasks for them (both mundane and heroic). While the game has some frustrating flaws — it's ponderously slow to get going, and the interface feels bizarrely clunky coming from someone who has the Mana series' brilliant ring menu concept in his c.v. — it merits a look for anyone interested in a game that toes the line between multiple genres.

But what creative debt does Ever Oasis truly owe to Mana? Ishii was kind enough to field some questions and shed a little light on how his new adventure game came to be. 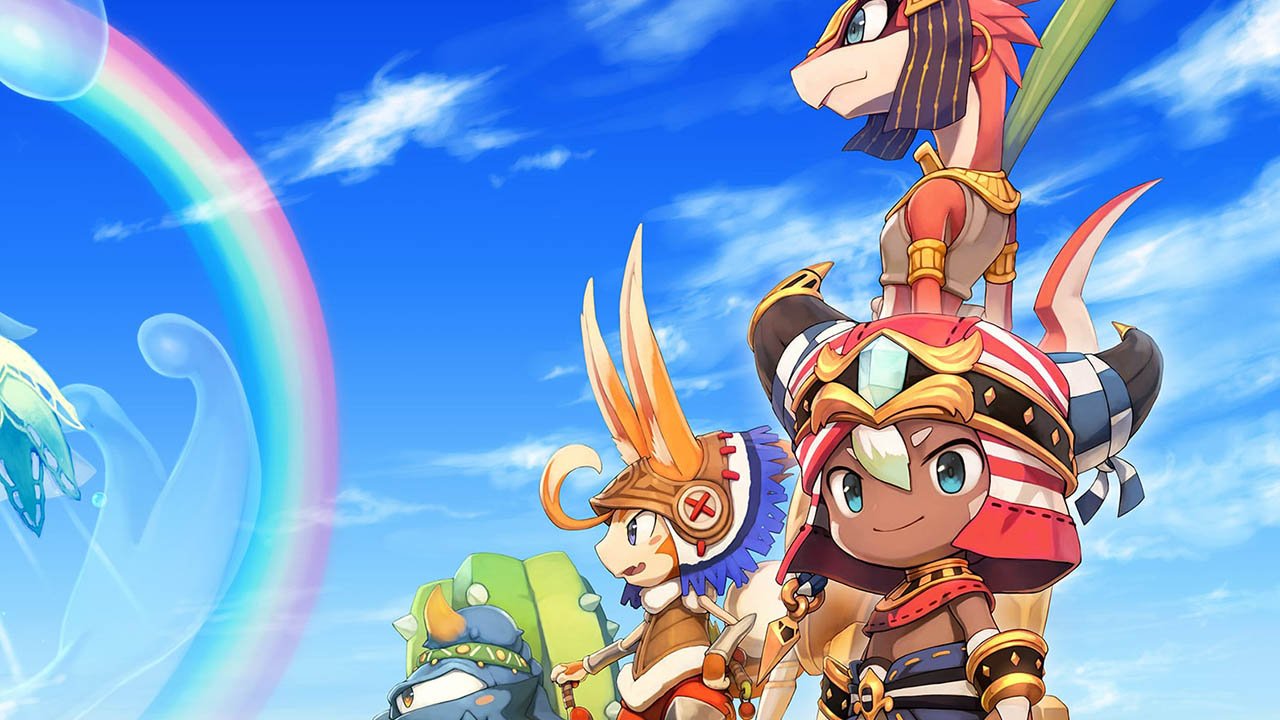 Retronauts: Ever Oasis feels in many ways like an evolution of the concepts you helped establish in the Mana series. Given our focus on the history of games, I hope you’ll allow me to explore that line of questions for a bit. So, first, what can you tell about how Ever Oasis builds on your previous work as a creator?

Koichi Ishii: This world goes in a different direction than the past ones, but the building process was the same.

When looking back on my career, Final Fantasy inherits from its predecessor, whereas in the Mana series, we changed the world every time. We were striving to create a real-time RPG like: Command RPG <- mana="" series="" -=""> Action>. I guess it’s more of a “transformation” than an “evolution”. This time rather than focusing on the party strategies, we aimed for a party action battle that’s beginner-friendly by making it easy to switch between characters. We also wanted the players to feel how much the characters have matured throughout the course of this game.

R: What initially inspired you to begin designing action RPGs?

KI: We thought real-time combat would make the battles feel more realistic as well as convey the tension of the battle better than menu-based combat. We felt that the former is superior to the latter, so that’s why we started designing RPGs with real-time combat. Real-time combat also offers more variety with each encounter, and introduces new types of strategies, like character positioning.

R: Unlike most action RPGs of the 8- and 16-bit eras, yours felt more like true RPGs, with multi-character parties and experience/leveling mechanics. What inspired you to explore that specific interpretation of the genre?

KI: As much I love a perfect hero with no flaws, I feel that weaknesses and flaws make the character seem more human and make it easier for players to relate to the character. When you try to think of ways to make up for such shortcomings, you realize how amazing it is to have friends on your side. Working together and sharing the same goals and beliefs with others is difficult to do in rea life. You can’t maintain a good relationship without having compassion for others.

In a RPG, each character has a role and together they overcome challenges by utilizing each character’s skill. We’ve always wanted to make the character’s feelings easily imaginable to the player even if it’s not being obviously portrayed. In the original Final Fantasy, we had the characters fall down to their knees when their HP got low. We hoped that action would convey that the character wants to save his friends. We think battles and relationships amongst the characters will vary depending on what characters are selected to form the party. 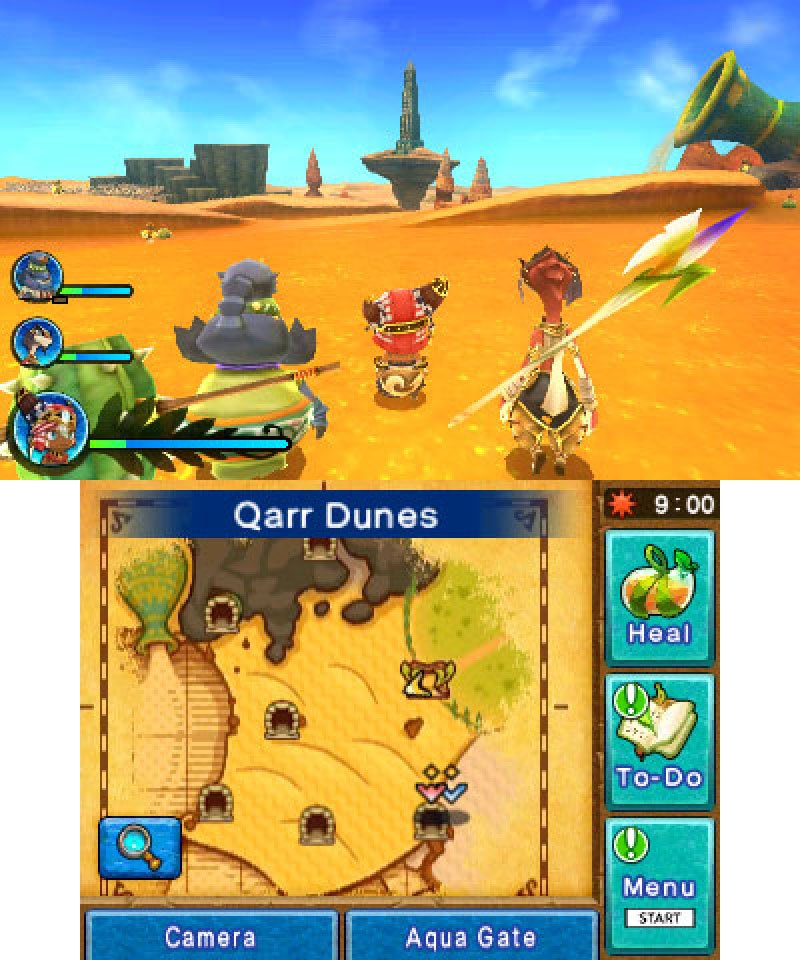 R: While Grezzo has worked on several action RPGs, those have been Zelda games created in partnership with Nintendo. In your opinion, what sets Ever Oasis apart from your previous projects with Nintendo?

KI: What’s unique about this game is that oasis management and the adventure cycle which run on opposing systems are firmly tied in with the world. It also creatively brings together Nintendo’s quality and Square’s flavor.

We hope the audience can find how we utilized our experience working on Zelda and also feel that this is definitely my work based on what I’ve done in past titles.

R: When the Mana series debuted, it was unusual to see A.I. companion characters in games like this. What kind of challenges have you had to overcome through the years as you created increasingly sophisticated computer-controlled ally characters?

KI: A.I. has evolved dramatically in recent games. In order to improve the precision of A.I., a fast hardware processing speed is required. For the Mana series, we had to be creative with the bare minimum, but it’s always hard to determine if each character is fulfilling their role. Ever Oasis centers on the characters you control. We try to keep it balanced, so players don’t feel stressed from switching characters around.

R: Did you consider incorporating a multiplayer element?

KI: We did like the idea of a multiplayer element, but first and foremost, we wanted to focus on determining the basic game cycle and bringing the play experience to life. A multiplayer element was incorporated into Secret of Mana, but this was under the assumption that friends, siblings and family members would be playing together. The time you have to play with family and friends as a child isn’t a large chunk of time. That “time” turns into precious memories. So, that’s why we incorporated this feature. We would love to incorporate a multiplayer element if we ever got to make another game.

R: Ever Oasis strikes me as a heavily systems-based game: Day/night, questing, town-building and more. How do you make such complex design accessible to new players?

KI: The world within the game exists because of the relationships among various elements, and these elements also help bring the world to life. That’s how we’ve been seeing it since the original Final Fantasy. The planet is formed from the elements: Fire, earth, water and wind. Because of that, there are crystals, and the creatures and objects on the planet exhibit those characteristics. Thus, a correlation is established. By having all that go through the system, it turns into a game experience.

In Ever Oasis, the repeat of Interest -> Action -> Result will allow players to gradually experience the world and hopefully they’ll eventually feel that this is how it’s supposed to be. 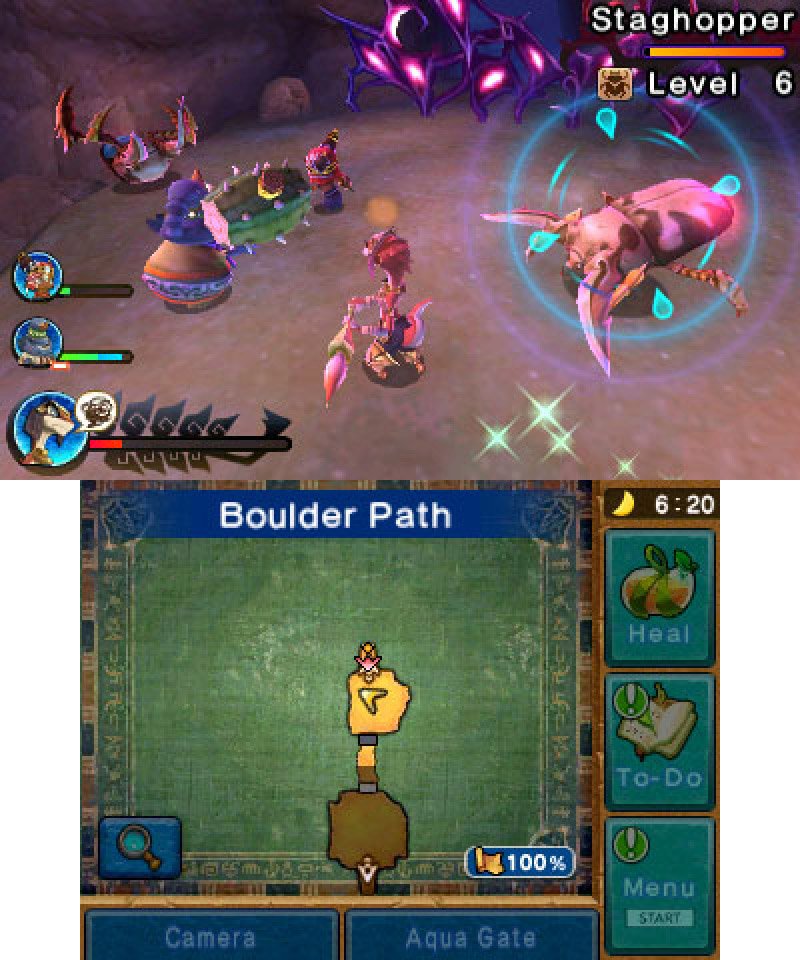 R: It’s unusual to see this sort of open-world action game on a portable system like 3DS. What advantages and disadvantages have you encountered while working with this software/hardware combination?

KI: Rather than a general open-world concept, I think we felt more strongly about making it feel like you’re walking inside a diorama. By being able to see the world from your standpoint, you can even see the soil layers. We wanted the players to be able to have fun imagining how the terrain and structures were formed in the desert, so that’s why we made it like this.

R: What would you describe as your driving creative vision for Ever Oasis?

KI: Most likely because I have yet to find a convincing solution for creating a digital fantasy world. I was determined to make that kind of world back with Final Fantasy XI. First there is only the basic foundation of a world that the creator made. By having users enter this world, circulation begins and the economy starts running. Also, population density changes as various user purposes intertwine with one another.

I feel that my motivation is to “create an ever-changing world within the rules of the land.”

Retronauts Episode 336: Back to the Future Part II