Today marks the twentieth anniversary of the debut of the most important fighting game ever. No, not Street Fighter III: 3rd Strike - that was in May - nor is it KOF 99 which is next month (also, I love your enthusiasm). Instead it was a free DOS game that would change the entire landscape of video games: on June 27, 1999, MUGEN was first publicly released according to the original documentation.

Let's start with the name: MUGEN is technically an acronym but developers Elecbyte have gone on record stating that the original meaning has been lost. It is often written M.U.G.E.N. but I am not writing that thirty more times in this article. More significantly, mugen is the Japanese word for "infinite" or "limitless" which is an apt description for MUGEN's unique nature as a do-it-yourself fighting game where every aspect can be customized.

Whether downloaded in 1999 or 2019, MUGEN includes the framework of a 2D fighting game with lots of options such as Arcade mode, Versus mode, 2-on-2 mode, Training mode, and so on. However, the download only includes one original character ("Kung Fu Man") and one original background. The rest is up to the player and Elecbyte provides detailed documentation on what exactly is required of every character. Kung Fu Man serves as both the template and the guinea pig: the customization of MUGEN means that users are free to edit and dissect his code to discover how everything works.

Of course players who do not or can not spend the hours required to create original MUGEN characters can do the next best thing: find a character made by someone else online and download it to their own PC. MUGEN's 1999 arrival was fortuitous as it came during the rise of the Internet and the dawn of video game emulators on home computers. Anyone with a 56k modem, access to a search engine, and a little patience could quickly build themselves a library of arcade games for no cost. With thousands of games to choose from, fans were able to use available tools (often built into the emulators themselves) to extract art assets from their favorite games. A community quickly formed around adapting existing characters into MUGEN and sharing the results online for free. Better still, the rise of Napster (also a June 1999 debut by the way) meant it was easier than ever to access a global catalog of music - including video game soundtracks which could then be added to MUGEN.

In other words, and let's not sugarcoat it, the popularity of MUGEN came arm-in-arm with piracy. Not every MUGEN character was stolen from copyrighted software, but much of it was. I say this not to take away from the hard work needed to create such characters (even with pre-existing art, creating a MUGEN character requires hours of coding and testing) but to emphasize how the community embraced creativity and information sharing regardless of legal ramifications. Fan-driven DLC empowered the wildest of fantasy matchups that crossed impassable corporate boundaries. If you thought Avengers: Infinity War was an ambitious crossover event, imagine what it was like to see Ryu fight Sub-Zero in 1999.

As MUGEN was spreading its reach online because emulators were hot and Napster was hot, it became a significant moment for the medium as a whole because 2D video games were NOT hot at the time. Arcades were fading fast as home consoles caught up to them, tech-wise, and those same consoles were built to focus their output on 3D video games. Famous game franchises weren't producing 3D spin-offs, they were graduating from 2D to 3D in an environment where everything old was seen as less than what could come next. 2D games were tossed onto handheld systems where they were treated like second-class citizens compared to their big-budget 3D siblings.

The 3D-over-2D attitude was nowhere more obvious than with fighting games. The genre had exploded in popularity in 1991 based on the success of Street Fighter II. But less than 10 years later, video game developers, journalists, and fans alike all agreed that 3D was the future. Not only were 3D brands like Tekken and Soulcalibur hitting it big, but even famous 2D franchises were pressured to throw their hats into the polygonal ring. Mortal Kombat dropped its entire gimmick - real actors on-screen - so that Mortal Kombat 4 could be a 3D fighting game.

Yet as this graphical arms race played out, here was MUGEN supported for free by an entire online network of fans who were celebrating their favorite 2D games. MUGEN was a 2D fighter, full stop, and that limitation kept 3D characters from joining the party (the lack of quality emulation for those polygonal systems was also a factor). This restriction enabled 2D sprites to remain in the limelight for years, long after their original games had disappeared from store shelves.

Speaking personally, MUGEN was my favorite game/hobby for several years as I watched mainstream video games turn their back on 2D. Street Fighter went silent, SNK went bankrupt, and the Dreamcast died an untimely death. But MUGEN remained as free and as fun as ever before, at least until a platform shift put the entire project on hiatus in 2003. Even with Elecbyte and the official MUGEN website apparently gone, fans remained and kept the fires burning themselves. Patches were written, characters were modified, and the fight went on.

Today MUGEN is still available and still free for all. Streaming video means it has never been easier to discover new MUGEN characters or just sit back and watch non-sequitur random battles online. The biggest difference, however, is that today we recognize retro gaming enthusiasm as mainstream rather than regressive, and MUGEN is a huge part of how we got here. MUGEN served as both a platform and a laboratory for 2D games when the mainstream said 2D was dead. I don't know that 2D games - particularly 2D fighting games - would have survived without it. Not bad for a lone kung fu man. 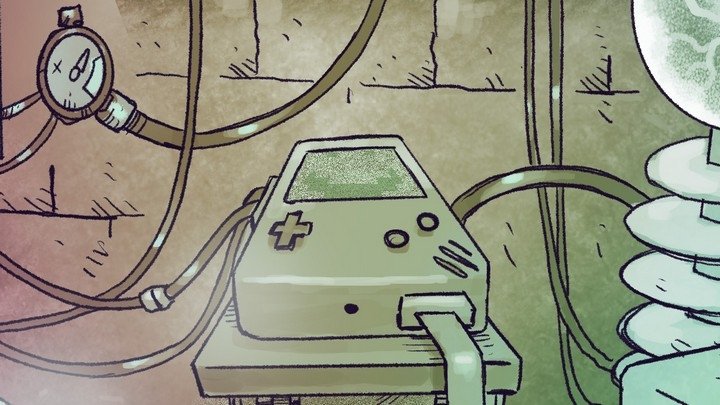